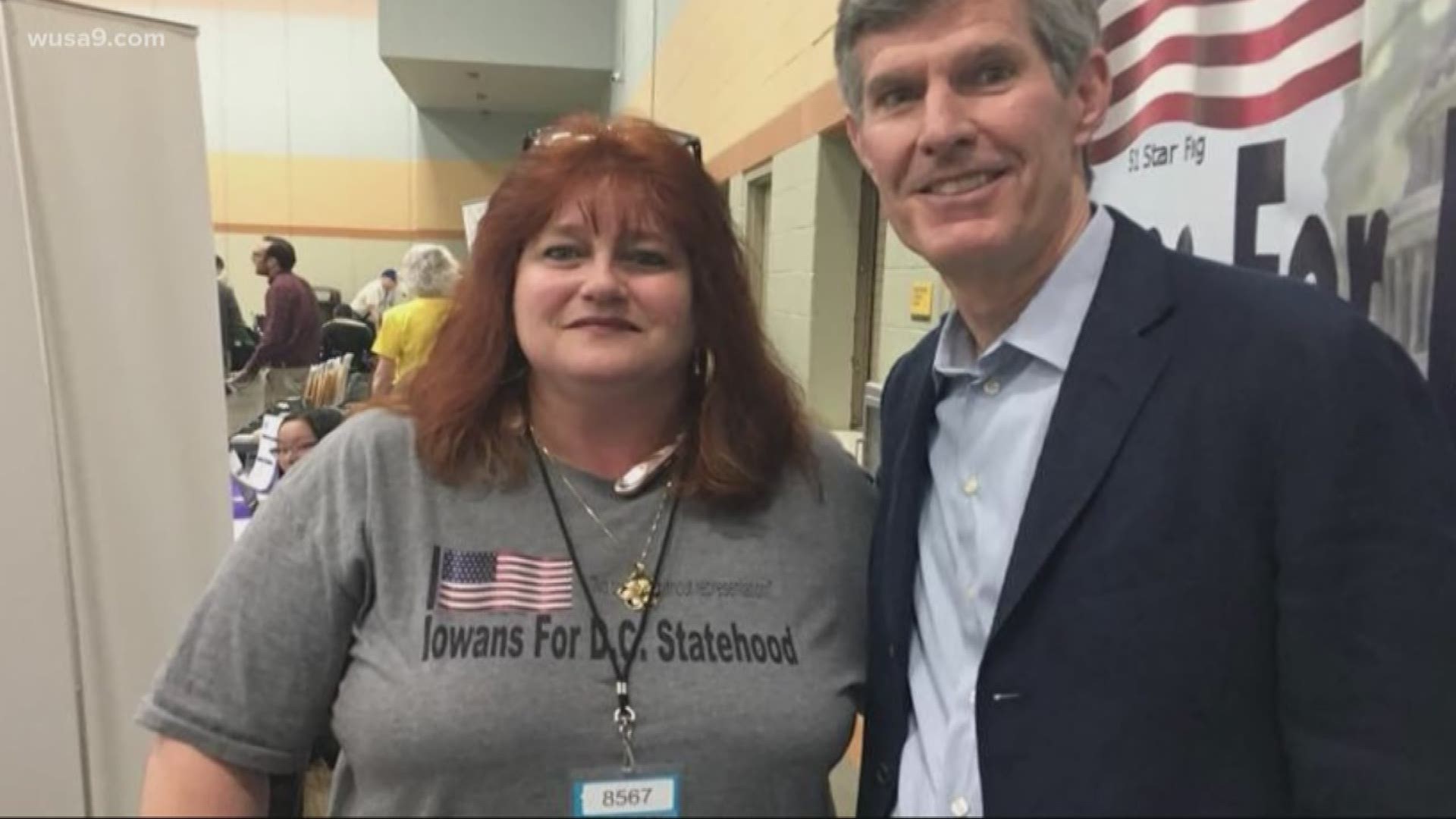 Washington D.C. has long fought for statehood, and now the movement is making its way to any presidential candidate’s first stop on the campaign trail.

“I’m embarrassed myself that there’s not more attention to this issue,” said Tamyra Harrison, who lives in Des Moines and founded the group “Iowans for DC Statehood” after she learned Washingtonians are not entitled to any representation in U.S. Congress.

“You're talking about 713,000 Americans who do not have representation. That’s not what our founding fathers intended when they started this country. Taxation without representation was a key part of why we had a revolution in the first place," she said. “To still have that today is unthinkable."

Harrison has no personal ties to D.C. whatsoever. In fact, she's never even visited the nation's capital.

Harrison is a Democrat but argued the cause is something all Americans-- regardless of party affiliation, should support.

“One of the big topics or issues that have been coming up a lot recently is voter suppression," she explained. "Well, I can’t think of a more egregious representation of voter suppression in this country right now than what’s going on in D.C."

So she is taking her concerns directly to the candidates. On Wednesday night, she asked Pete Buttigieg about statehood at a campaign event.

“Yes, D.C. ought to be a state,” the mayor answered. “It’s one of the things I’m getting at when I talk about how democracy ought to rise on our list of priorities.”

She also caught Cory Booker off guard at another Des Moines town hall.

“I am blown away. I met with the mayor of D.C. last week. There’s a group of Iowans for D.C. statehood? That is really wonderful. As a guy that was born in Washington, D.C., I fully support D.C. statehood,” he said.

RELATED: Herring, others say it's time DC became a state

Harrison said she feels Iowa has a responsibility to press the candidates when it comes to D.C. statehood, given the state is first to vote in the presidential primaries.

“You've got a lot of press coming around, it's a real opportunity as the candidates are speaking and at these events to get that issue on the forefront," she said.

“My goal is to actually talk to every single presidential candidate," she said.