Push for ratification of the Equal Rights Amendment

Supporters and some Democratic lawmakers say they are positive the amendment will pass in the 2020 session since Democrats control the House and Senate. 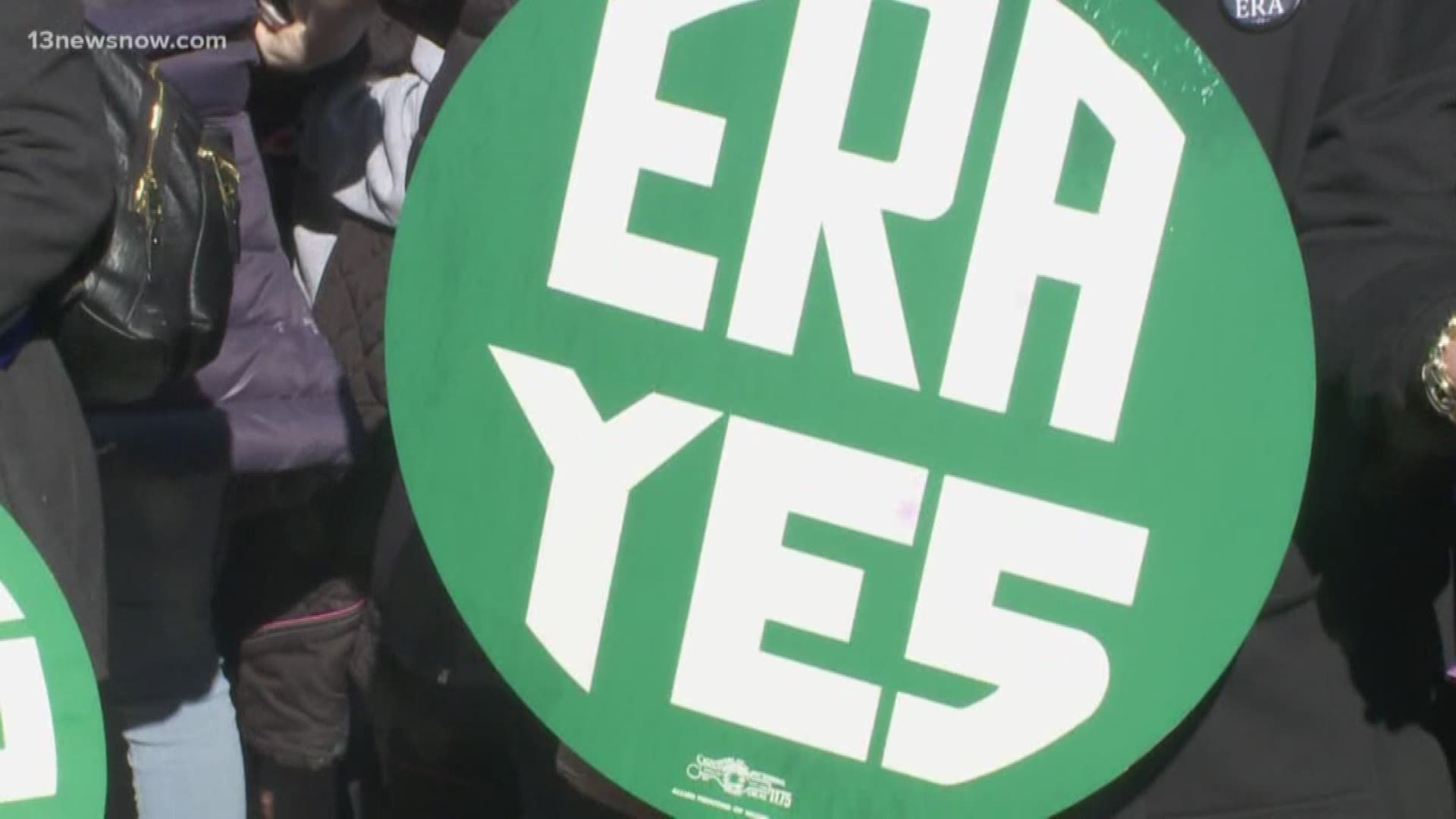 RICHMOND, Va. — With the General Assembly session convening next Wednesday, proponents of the Equal Rights Amendment are organizing several rallies and events to support the ERA’s passage.

Supporters and some Democratic lawmakers say they are positive the amendment will pass in the 2020 session since Democrats control the House and Senate.

RELATED: Lawmakers pledge ERA will pass in Virginia. Then what?

“The feeling has generally been exhaustion and so elation is the new feeling of, ‘Ok we’ve been so tired from working so hard on this and now we’re elated it will finally get done,’” said Kati Hornung of the VAratifyERA campaign.

But even if Virginia is the 38th state to ratify the Equal Rights Amendment, Alabama, Louisiana and South Dakota filed a federal lawsuit to block it from being added to the U.S. Constitution.

Alabama Attorney General Steve Marshall pointed to the seven-year deadline Congress made in 1972, for 38 states to approve the amendment.

“If this constitutional bait-and-switch is successful, there will be dire consequences for the rule of law,” Marshall said in a press release. “The people had seven years to consider the ERA, and they rejected it. To sneak it into the Constitution through this illegal process would undermine the very basis for our constitutional order.”

Opponents of the ERA argue the amendment will lead to taxpayer-funded abortions and would allow transgender women to use women-only restrooms and locker rooms.

“This is not about equality for all,” said Toni DeLancey, Chief Operating Officer of Concerned Women for America.  “We already have equality under the law in the 14th Amendment and the 5th Amendment and not to mention Title IX and so that is our position. What this amendment is about is gender ideology and abortion.”

Marshall said the ERA does not promote equality and rather promotes a far-left agenda.

“Where states have passed their own state-law versions of the ERA, courts have interpreted them to invalidate reasonable restrictions on abortion, require states to fund abortions, and mandate that boys be allowed to compete in sports against girls,” said Marshall. “And it is not hard to imagine courts using a federal ERA to threaten state-funded women’s shelters for excluding men, state prisons for housing women apart from men, or even state colleges for considering sex when assigning roommates.”

Assuming Virginia passes the Equal Rights Amendment, Virginia will file the state’s resolution to the U.S. Archivist, who would then certify the ratification documents and add the amendment to the constitution.

Attorney General Mark Herring said he is ready to get involved if there are roadblocks at the federal level.

“Too often, Virginia has been on the wrong side of landmark civil rights movements and the ERA gives us a chance to not only be on the right side of history but to play a leadership role in making sure it happens,” said Herring. “When Virginia ratifies the ERA, which will hopefully be very soon, I am ready to take any action and use every tool at my disposal to ensure it is added to the Constitution.”