But according to the data, most voters want Northam, Fairfax, and Herring to remain in office. 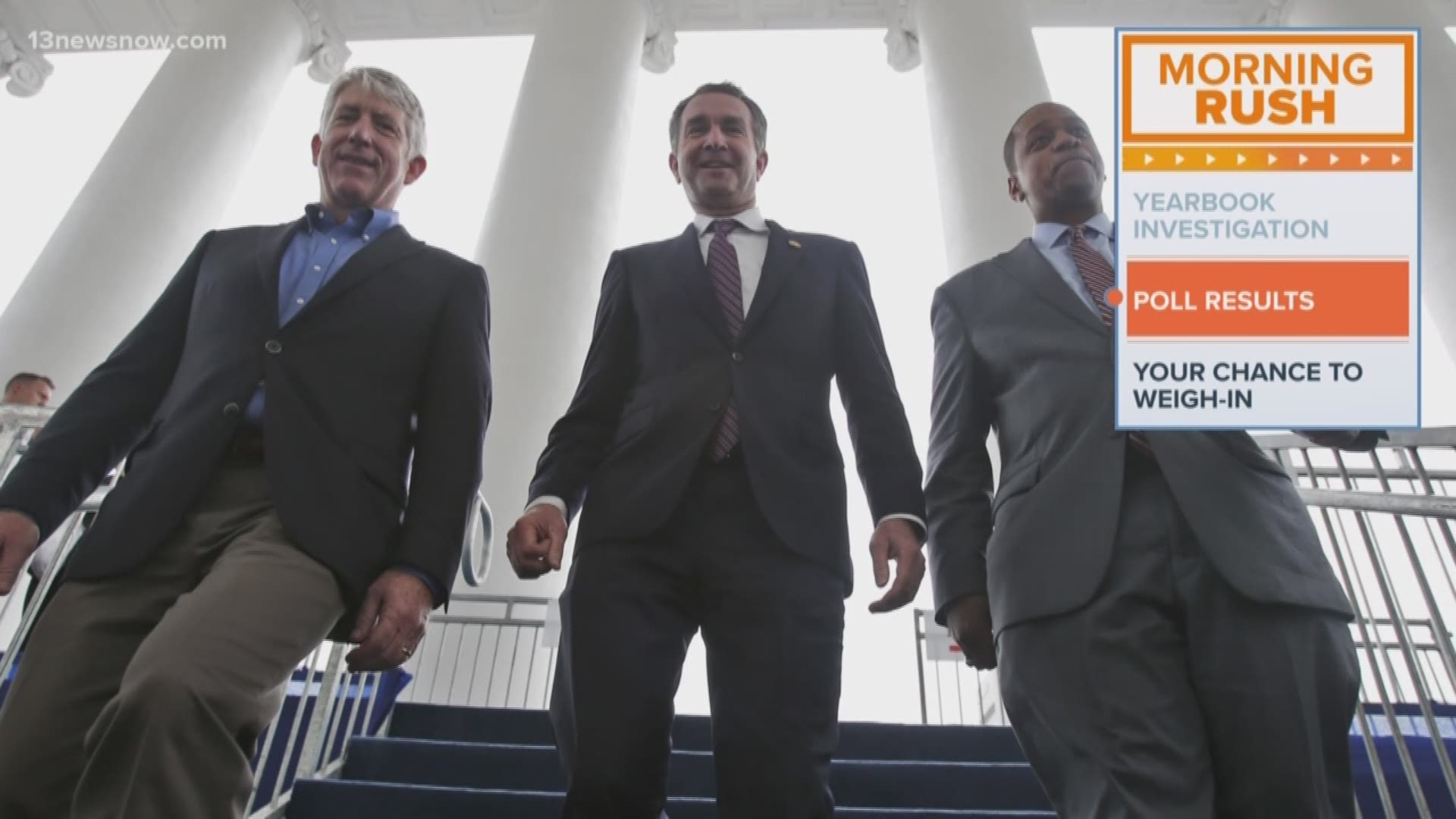 NEWPORT NEWS, Va. — A new poll from Christopher Newport University's Wason Center for Public Policy shows the approval ratings for Governor Ralph Northam, Lt. Governor Justin Fairfax, and Attorney General Mark Herring have all taken significant hits due to a series of scandals that rocked the Commonwealth earlier this year.

Northam's disapproval rating has more than doubled since it was revealed a photo from his college yearbook page showed one person in blackface and another person in a KKK hood. Since December, his disapproval went from 24 percent to 49 percent.

For Fairfax, who is being accused by two women of sexual assault in 2000 and 2004, his disapproval rating jumped from 13 percent in December to 39 percent in the new poll.

And Herring, who admitted to wearing blackface as a costume in 1980, saw his disapproval rating go from 17 percent to 28 percent.

Another thing the poll revealed: 23 percent of voters appeared unaware of even the highly publicized Northam scandal, so any damage to Democrats in this November's elections could be limited.

With control of both chambers of the General Assembly on the line in November, Democrats hold a slight edge on a generic ballot, 43 percent to 39 percent.

The Wason Center conducted 1,067 interviews of registered voters, including 342 on landline and 725 on cell phone, conducted March 11-31. The survey’s margin of error is +/- 3 percent.