President Donald Trump is expected to give his formal renomination acceptance speech during the RNC Thursday on the south lawn of the White House. 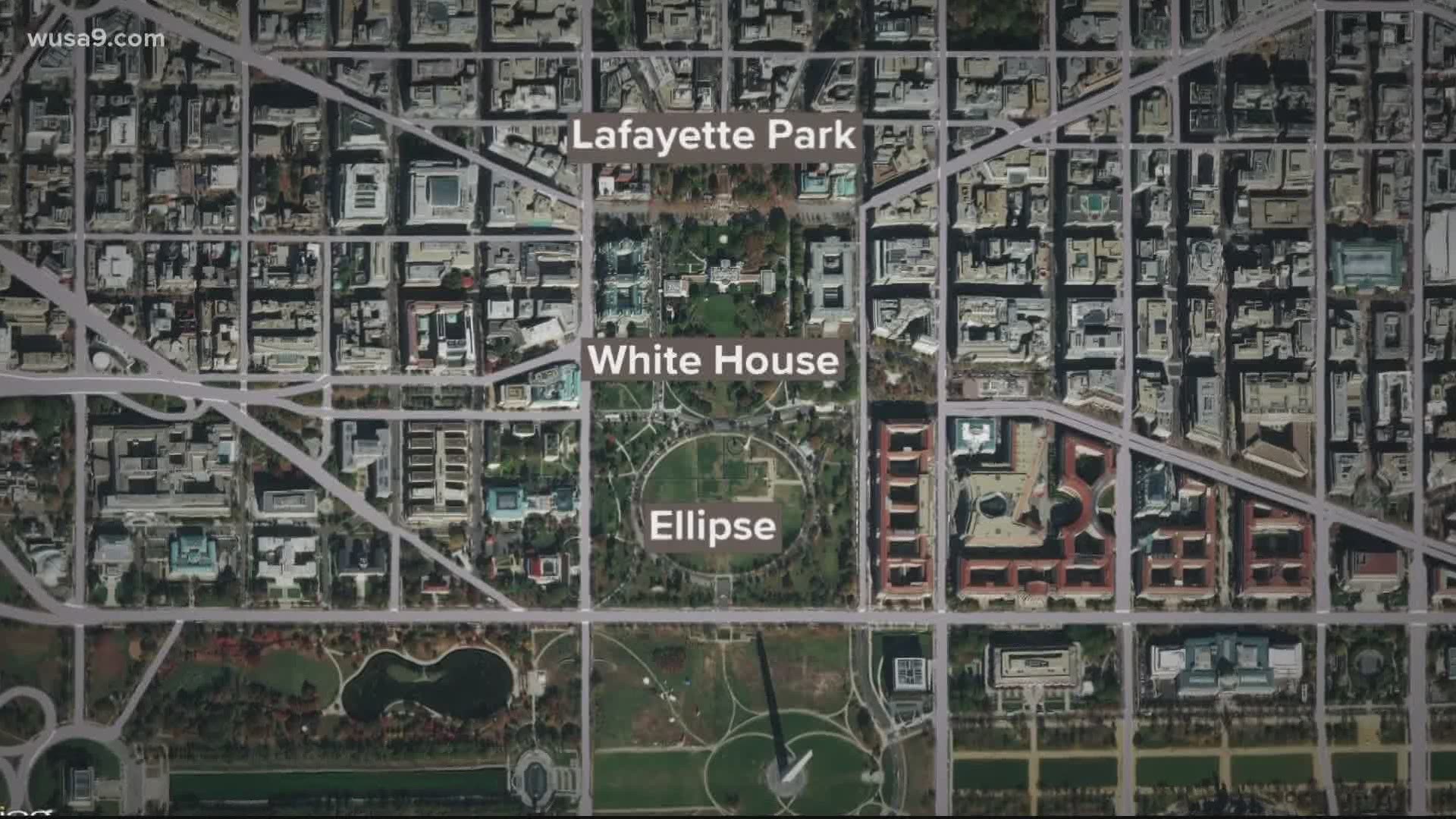 WASHINGTON — It is shaping up to be a busy afternoon in Downtown D.C. Thursday as GOP leaders prepare to wrap up the Republican National Convention.

President Donald Trump is expected to give his closing remarks for the RNC at the White House late Thursday night. The convention is expected to be topped off by a firework show that will emanate from the Washington Monument between 11:30 and 11:35 p.m. Permit documents state the show could feature more than 7,800 fireworks.

The National Park Service (NPS) provided permits to WUSA9 Wednesday that show plans for a downtown rally in support of President Trump Thursday afternoon as well.

The event, which the permit shows is being organized by the Maryland GOP and the Maryland Black Republican Council, expects to have up to 2,500 participants. The permittees have the permission to use Freedom Plaza and the east side and southwest quadrant of Lafayette Park.

The Maryland Republican Party said on its Facebook page the event that it has titled “The Great American Celebration” was set up for people who would like to express their First Amendment right in support of the President’s renomination.

The MD GOP's pro-Trump rally at Freedom Plaza won't be the only event Thursday night in downtown DC. Organizer Patrick Young, of @ShutDown_DC, says his group has plans to hold a Go-Go concert/noise demonstration to protest the administration as well. (@wusa9) pic.twitter.com/Aj9mmO2Gfd

“At the request of the president’s campaign and the RNC, the MDGOP secured a permit for the public space around the White House at Freedom Plaza,” the Facebook page reads.

WUSA9 has reached out to the Maryland GOP for comment, but it has yet to receive a response.

The event’s permit says its activities could last anywhere between 12 p.m. and 11:59 p.m. Thursday.

"This permit authorizes the use of Freedom Plaza for a demonstration in support of President Trump,” the NPS permit reads. “Permittee states participants will chant, carry signs and banners and two-three bull horns will be used for sound amplification.”

Protests in opposition to the Trump administration are also expected to take place downtown Thursday night as well. One event on Facebook, organized by the activist group Shutdown DC, plans for a Go-Go concert and noise demonstration to take place around the White House during the President’s acceptance speech.

“We’re trying to drown out the racism and the hate that the Trump administration is putting forward and put forward a different vision for what our country and our community can look like going forward,” Shutdown DC organizer Patrick Young said.

It will be busy tomorrow in DC for Day 4 of the #RNCConvention. A National Park Service permit shows the MD GOP has secured permits for a rally in support of President Trump Thurs afternoon at Freedom Plaza & parts of Lafayette Park. 2,500 participants possibly expected. (@wusa9) pic.twitter.com/VByPUmZbBw

More than 100 people have responded on Facebook with plans to attend the event. Young said the demonstration will take place between 9 pm and 11 pm. Attendees are currently asked to meet at the corner of 17th street and Pennsylvania Avenue NW.

“We know that there's likely to be some road closures,” Young said. “So, we're going to be flexible and encouraging people to sign up for our mass text list so they can get live updates about where we are.”

The US Secret Service released the following statement regarding its security plans for Thursday night for activities around the White House:

“The U.S. Secret Service, in coordination with the National Park Service, is announcing perimeter closures of the areas in and around the White House complex. The areas include the entire Ellipse and its side panels, roadways and sidewalks, E Street and its sidewalks between 15th and 17ths Streets, First Division Monument and State Place, Sherman Park and Hamilton Place, Pennsylvania Avenue between 15th and 17th streets, and all of Lafayette Park. These measures include security fencing which is being erected and will be clearly marked. These closures are in an effort to maintain the necessary security measures and ensure public safety for scheduled events at the White House on Thursday, August 27.”

How Lafayette Park's closure will affect the Maryland GOP's Thursday plans is not known.

RELATED: Republicans look to sway young voters during the RNC