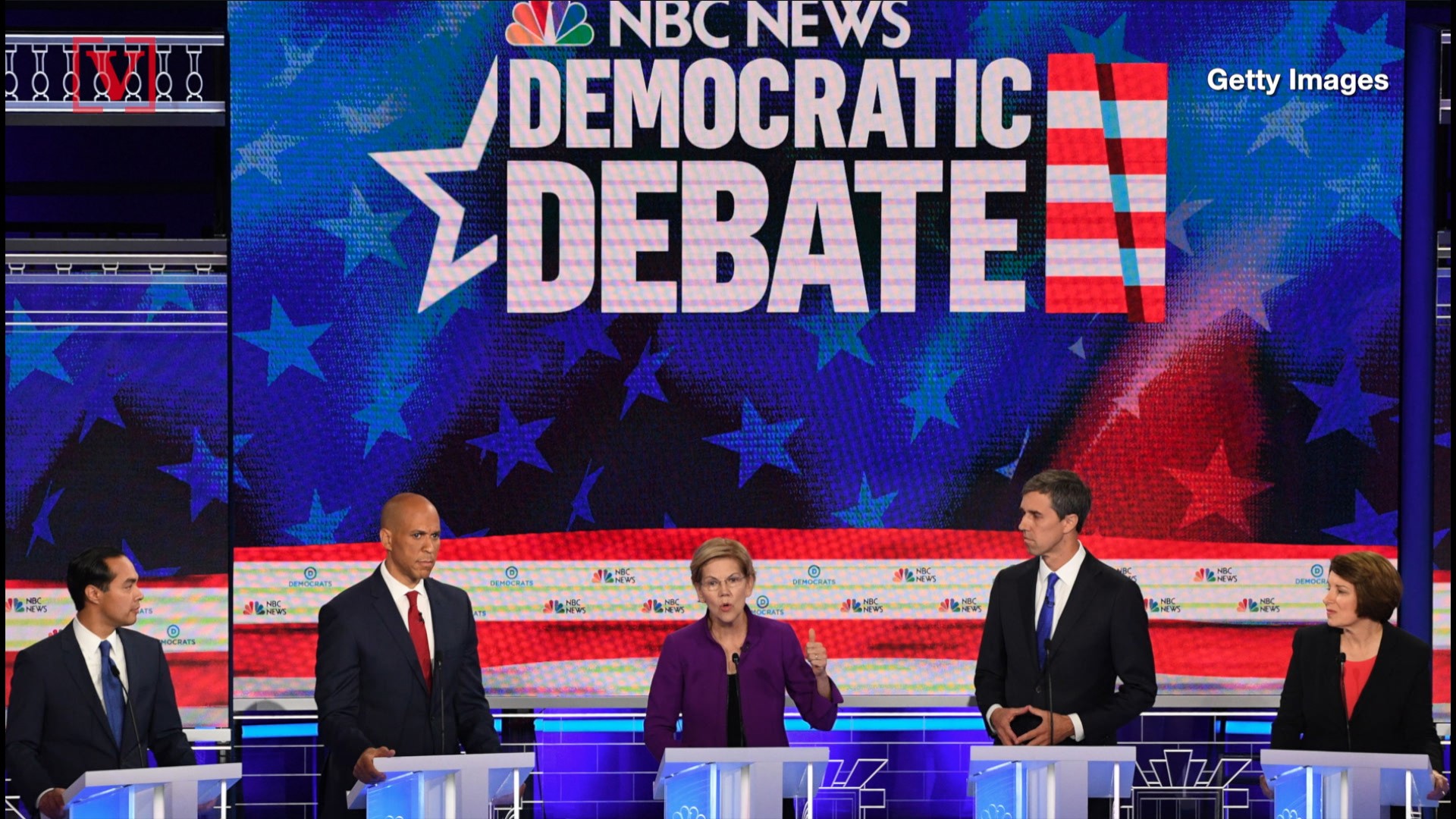 WASHINGTON — Mayor Pete Buttigieg was the first Democratic presidential candidate to mention his support of DC statehood during Tuesday's debate in Detroit.

The candidate was listing his support of various initiatives, and mentioned his support for statehood for the District of Columbia.

He has previously mentioned his support of statehood for DC, tweeting in February the following:

Democracy is front and center right now, but some very important dimensions (like electoral college reform, DC statehood) get way too little attention. We must not become the first generation to see USA get less democratic versus more.

The candidate's website has a page dedicated to making the United States more equal for black Americans, and includes a portion on the district becoming a state.

In his "Douglass Plan," he argues for a new state, "New Columbia" that excludes the government buildings in the city center, and gives the nearly 700,000 residents of D.C. full representation.

"If it were a state, Washington, D.C. would have the highest proportion of Black citizens – approximately 50% – of any state," Buttigieg's site reads. "Indeed, it would be the only state in the union where Black Americans were not a racial minority."

The first hearing for D.C. statehood is scheduled for Sept. 19. It had originally been scheduled for July 24 but Congresswoman Eleanor Holmes Norton said she asked to have it moved after Special Counsel Robert Mueller was scheduled to testify before two U.S. House committees on the same day.

Buttigieg is not the only candidate to support DC statehood - far from it, in fact.

Sen. Elizabeth Warren (D - Mass.) is one of the original co-sponsors of the Washington D.C. Admission Act currently in the Senate. She also has a petition on her website, where people can add their support for statehood.

"D.C. residents don't have an equal voice in our government - despite paying federal taxes," she tweeted in March. "It's not right, and I'm fighting to change that."

In 2015, former Vice President Joe Biden said he believed D.C. should be a state.

Despite the support from Democratic candidates, a recent poll from Gallup found most Americans don't believe D.C. should become a state – in fact, 64% said they oppose it.

Here in the District, the majority of voters – 86%, according to the DC Statehood office – appears to support statehood. In 2016, D.C. residents passed a referendum supporting statehood.