Presidents who skipped their successors' inaugurations | This Week in History

President Trump won't be the first to skip the inauguration of the man who succeeds him. It has happened several times over the last 200 years. 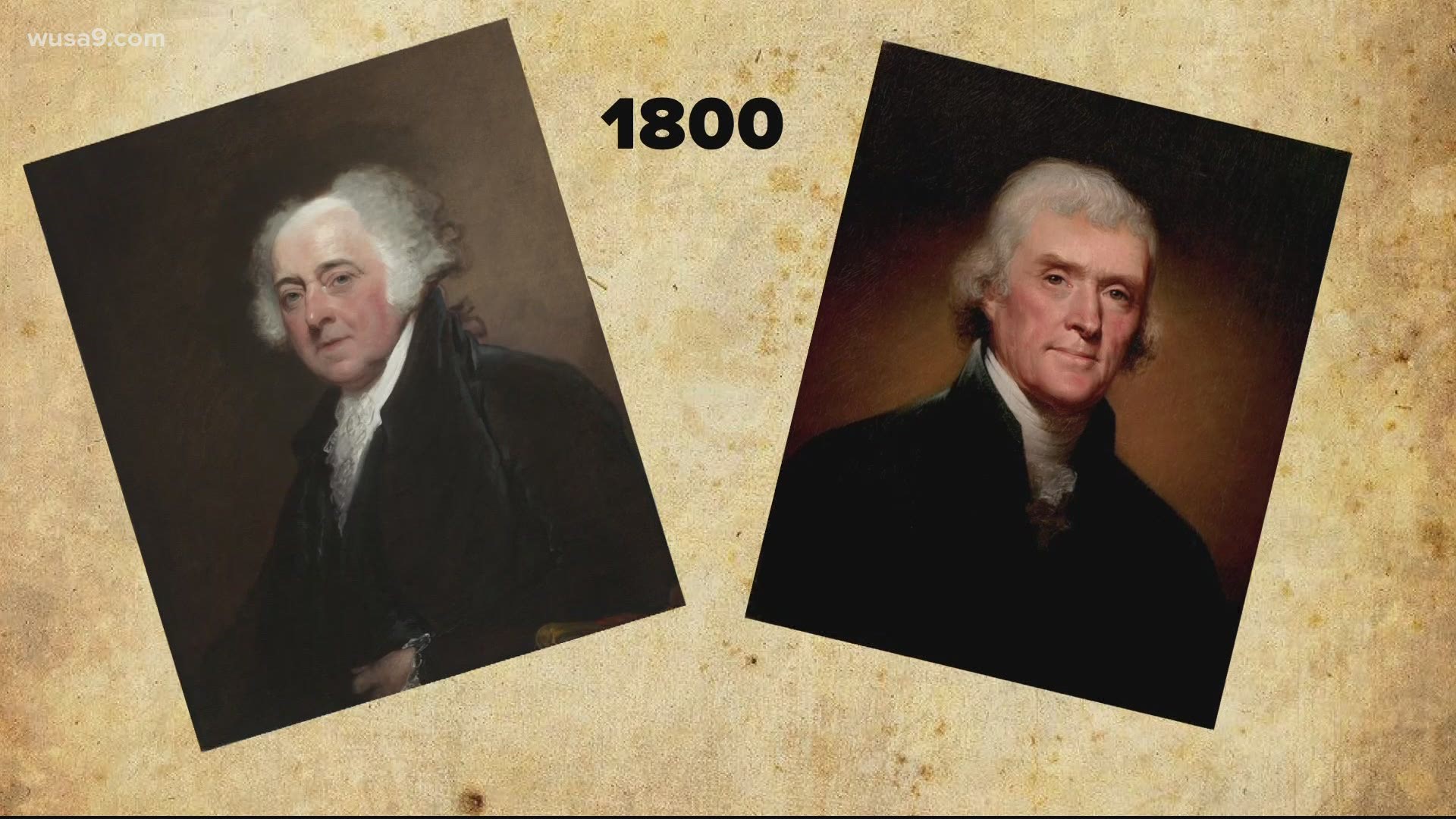 WASHINGTON — This week in history we look back at presidents who refused to attend the inauguration of their successor.

President Donald Trump has said no to carrying on the centuries-long tradition of presidents attending the inauguration of their successors. It's a symbol of the peaceful transition of power.

Believe it or not, President Trump will not be the first to do this.

The first president to refuse was: John Adams in 1801.

The 1800 campaign between Adams and Thomas Jefferson was noted for its particularly nasty and personal tone. The bad blood still hadn’t settled by Inauguration Day in 1801. On that morning, Adams skipped town before the sun came up.

The next president to follow suit was Adams’ son: John Quincy Adams.

In 1829, John Quincy Adams was coming off a nasty personal campaign (sound familiar?). His loss was against Andrew Jackson in 1828.

Apparently, neither of the Adams' do well losing elections.

In 1841, Martin Van Buren did not attend William Henry Harrison’s inauguration; but no one knows why.

Adding to the mystery, the two had dinner together at the White House the month before the inauguration.

In 1869, President Andrew Johnson not only didn’t attend Ulysses S. Grant’s inauguration, he held a final cabinet meeting while the event took place. It’s not surprising Johnson and Grant hated each other.

Mostly because Grant supported Johnson’s impeachment and wanted him convicted as well.

So here we are, more than than 150 years later, with a President who was impeached, refused to attend his successor’s inauguration, and that successor favored his removal from office.

The more things change, the more they stay the same.

RELATED: Trump to leave Washington on morning of Biden's inauguration

RELATED: Verify: How would the 14th amendment disqualify President Trump from running for office again?