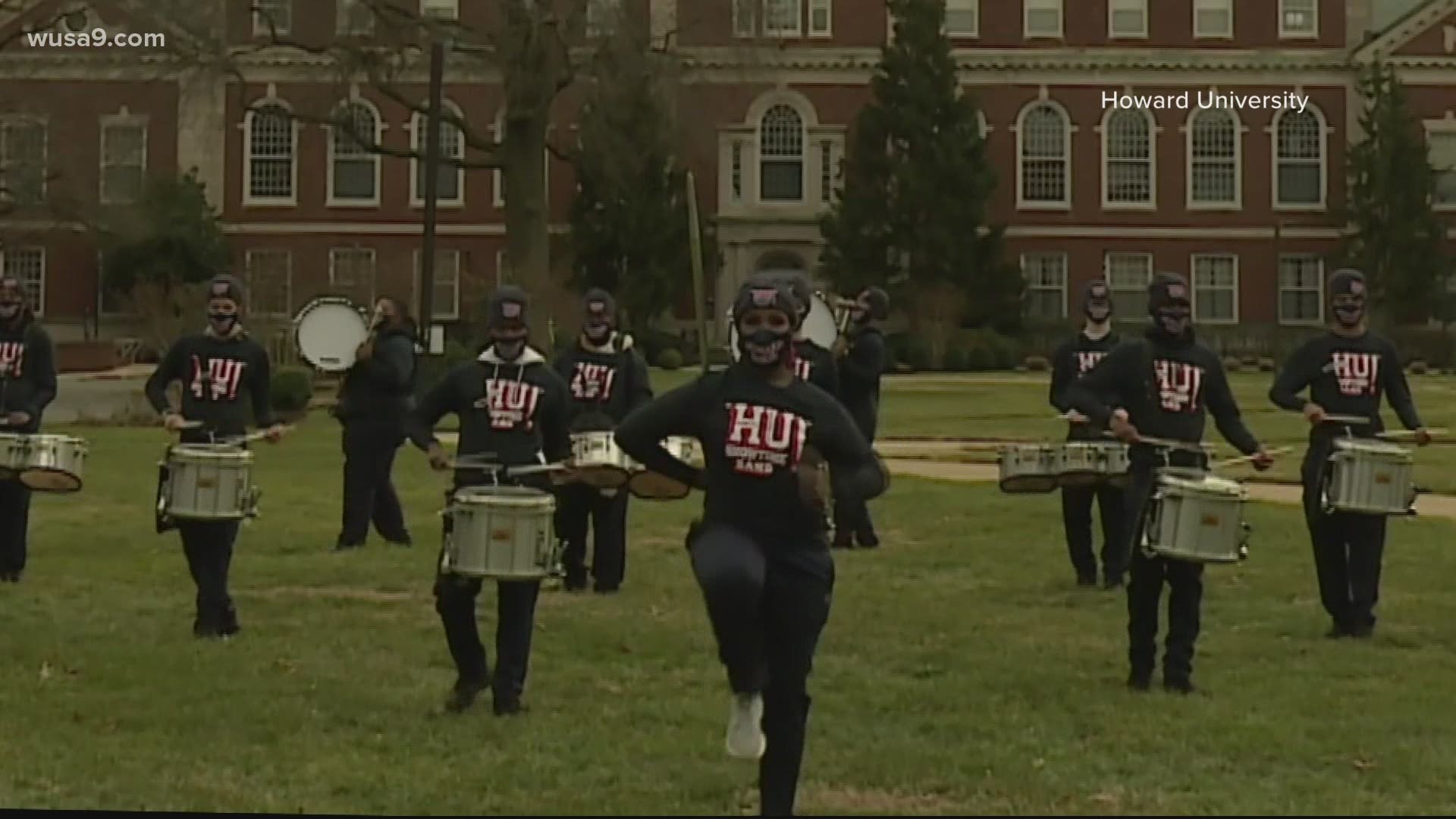 The band will escort Howard University alum Kamala Harris from 15th Street Northwest to the White House after she is sworn in as the vice president of the United States.

“I am extremely excited,” she said. “This is an honor and a privilege to be able to escort Kamala Harris.”

The @HowardU Showtime Marching Band will escort VP-Elect @KamalaHarris during Wednesday's #Inauguration festivities. @eyeondc dug through the @wusa9 archives and found footage of when Howard appeared in President @BarackObama's inauguration in 2009... pic.twitter.com/E4ztQJ3QFF

Howard University’s band also performed during President Barack Obama’s inauguration in 2009. However, this year, the band will have to adjust to some changes.

According to the university, the band will only be about a third of its size as a precaution to ward off the spread of coronavirus. Blake said bandmates have been given N-95 masks to wear underneath their uniform masks.

“We're feeling safe and good,” she said. “All the bandsmen have taken COVID tests to make sure that they're okay.”

The band will perform a special drum cadence during the inauguration.

Blake said she has already been getting calls from family and friends about the university’s upcoming performance.

The @HowardU Showtime Marching Band is comprised of students like Flashy Flag Squad captain Essence Blake (@Essence75722813). She said she can't wait to participate in the #Inauguration and escort @KamalaHarris on Wednesday. (@wusa9) pic.twitter.com/L371sxy6oe

“Twenty or 30 years later, I can tell my nieces and nephews and my children and grandkids like, ‘Hey, you know, I was marching on the inaugural escort for Kamala Harris.'"

Howard University Band Director Kelvin Washington spent Monday preparing the band for its upcoming performance. This will be the third inauguration he has performed in. Washington said Howard’s band is ready for the event.

“I can honestly say I have learned how to maneuver through the situation to make everything happen,” he said.

“It is perfectly fitting that the Showtime Marching Band, the ensemble that captures and reverberates the heartbeat of our institution, should accompany [Vice President-Elect Kamala Harris] on this last leg of her journey to the White House,” he said.

President-elect Joe Biden's alma mater will also be featured in the ceremony. The University of Delaware Drumline will escort Biden to the White House.