A group of ANC commissioners created a map of nearly 200 hotels choosing to stay open. They're encouraging locals to call and ask them to close. 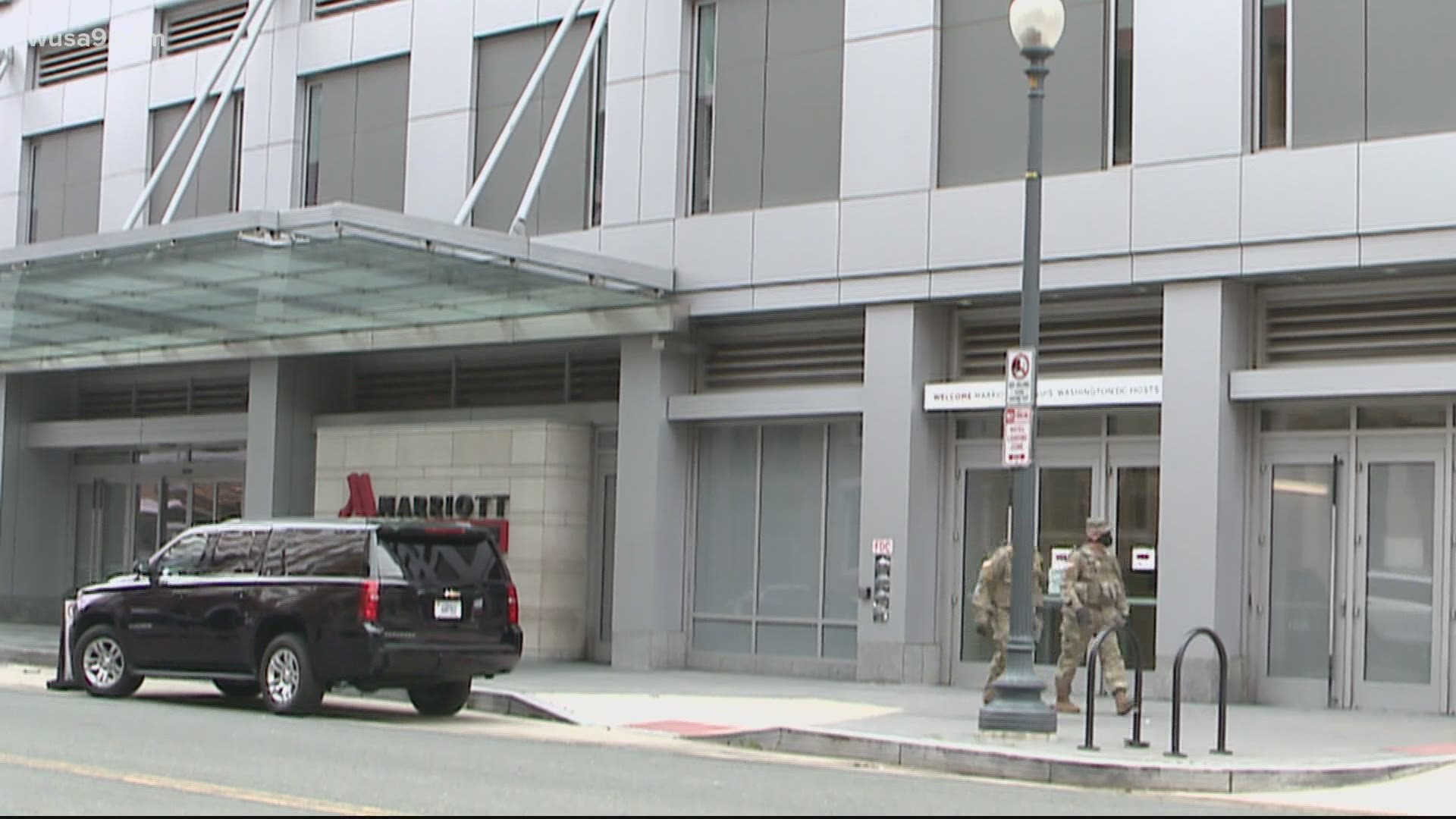 WASHINGTON — Threats of a possible second attack in the District during inauguration week have neighbors on high alert, following the attack on the Capitol. For weeks, community leaders and groups have been requesting owners shut down hotels or for city officials to take action, to dissuade violence and keep employees/residents safe.

For most of the members with the Advisory Neighborhood Commission, closing hotels to potential insurrectionists is an obvious option. But the decision has been left to individual business owners.

Patel is also an organizer with the nonprofit organization One Fair Wage. She and other commissioners compiled a list of nearly 200 hotels in the D.C. area choosing to stay open this week. All of the hotels are indicated in a map they created called "Hotel Status Map."

In a way, it has become an opportunity to call out the hotels. Other commissioners agree it is also about the message it sends for letting possible racists and white supremacists to stay in a hotel room in the city.

"We want to let these hotel operators know we are watching," Patel said. "We're inviting problems in our city which could easily be amended. We have to send a message that hate is not allowed here."

👋 to everyone except the DC-area hotels that decided to put down fresh white sheets 👀 for racists this week instead of closing to keep workers + residents safe. https://t.co/1RQ68hyErI @CourtyardHotels @HiltonHotels @Hyatt @Westin @RitzCarlton @GlobalLuxSuites @HolidayInn

Concerns include the potential for unruly Trump supporters refusing to wear masks to cause a superspreader event. Washingtonians are also concerned about the risk of violence in the city.

Some hotels have posted signs to prohibit firearms. Patel said she has urged Mayor Muriel Bowser to do more to keep everyone protected and paid at the same time.

"Madam Mayor, please shut down this city, pay the workers to stay at home and let's not risk the health and safety of our workers and keep our neighbors and community safe," she said.

Patel is encouraging concerned residents to call the hotels and apply more pressure. As of Monday evening, there have been no official plans from the city to close hotels before Wednesday.

The map lists hotels that are also housing the thousands of National Guard members who are in the city to protect the District.

Hyatt Place National Mall owner Geoffrey Griffis said in a recent interview that shutting down hotels is not only bad for business, but bad for D.C. as a whole.

"I don't think it will be a deterrent for bad folks, but a deterrent for people who actually need to be here," he said. "We can't let the rioters do more damage when they're not even here."