As a part of inauguration weekend, crowds will have free access to several celebrations and concerts on the National Mall outside the Lincoln Memorial. 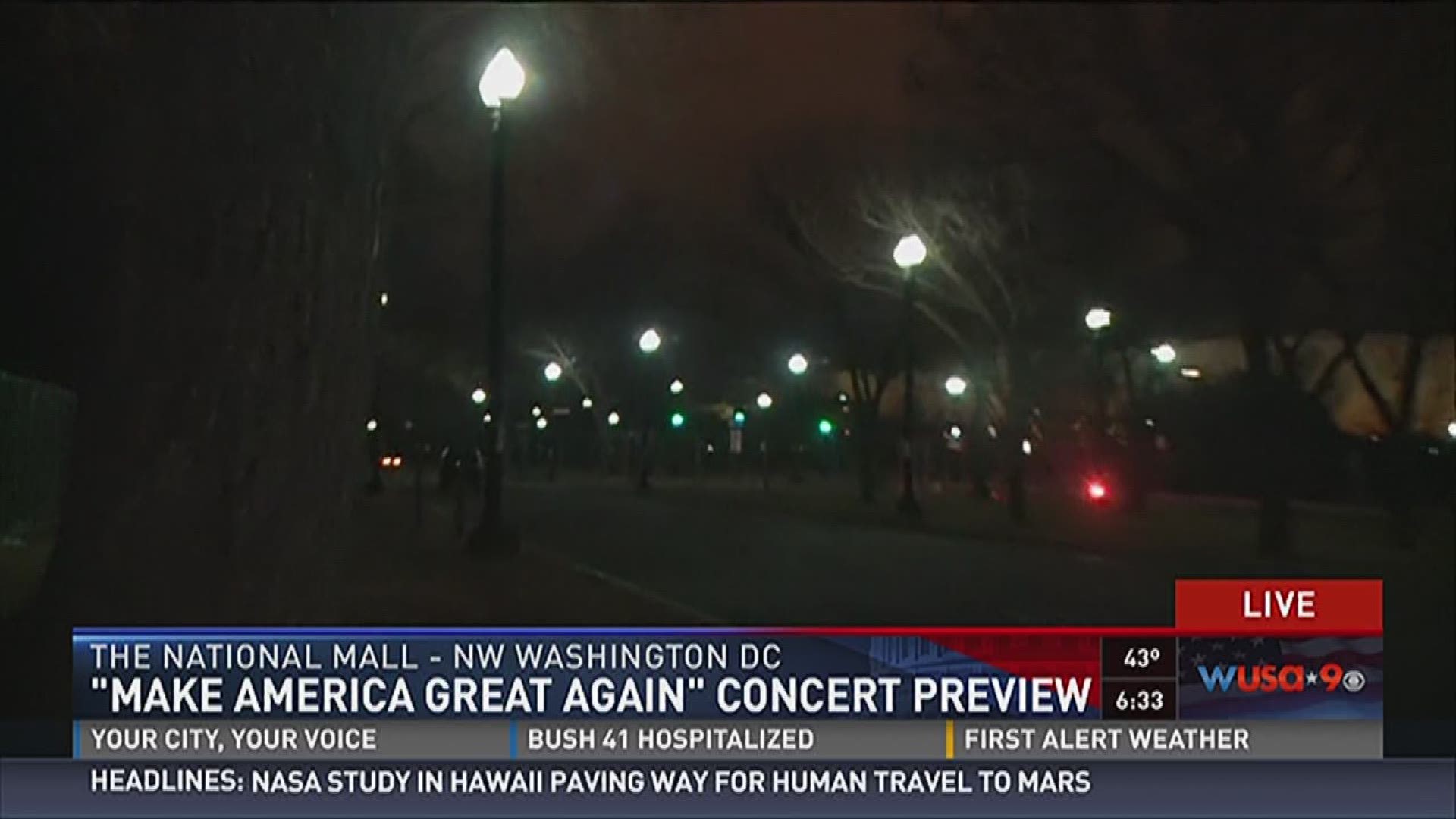 As a part of inauguration weekend, crowds will have free access to several celebrations and concerts on the National Mall outside the Lincoln Memorial.

The day before the official inaugural ceremonies for Donald Trump, visitors can enjoy two events: Voices of the People and Make America Great Again! Welcome Celebration.

Tickets for the celebrations are now available on this website, but not required.

“President-elect Trump has made it clear that this inaugural is of, by, and for the American people. The 58th Inaugural will celebrate American history and heritage, while setting the course to a brighter and bolder future for all Americans,” said inaugural committee Chairman Tom Barrack. “Above all, it will serve as tribute to one of our greatest attributes, the peaceful transition of partisan power."

“As Abraham Lincoln said, ‘when an election is over, it is altogether fitting a free people that until the next election they should be one people,’”continued Chairman Barrack said. “We will be one people working together, leading together, and making America great again, together."

The Make America Great Again! Welcome Celebration will take place following Voices of the People featuring many stars like Toby Keith, Jon Voight,The Piano Guys, Lee Greenwood, RaviDrums, 3 Doors Down, and The Frontmen of Country (featuring Tim Rushlow, former lead singer of "Little Texas”, Larry Stewart of "Restless Heart" and Richie McDonald of “Lonestar”). Jennifer Holliday was scheduled to perform during this event as well, but our news partners at the Washington Post have reported that she has pulled out of the concert.

Trump is expected to make remarks at the concert and it'll be streamed live.

Information on how to attend public events can be found at here.