As security tightens across the city, local restaurants are donating fresh meals to those working to keep DC safe. 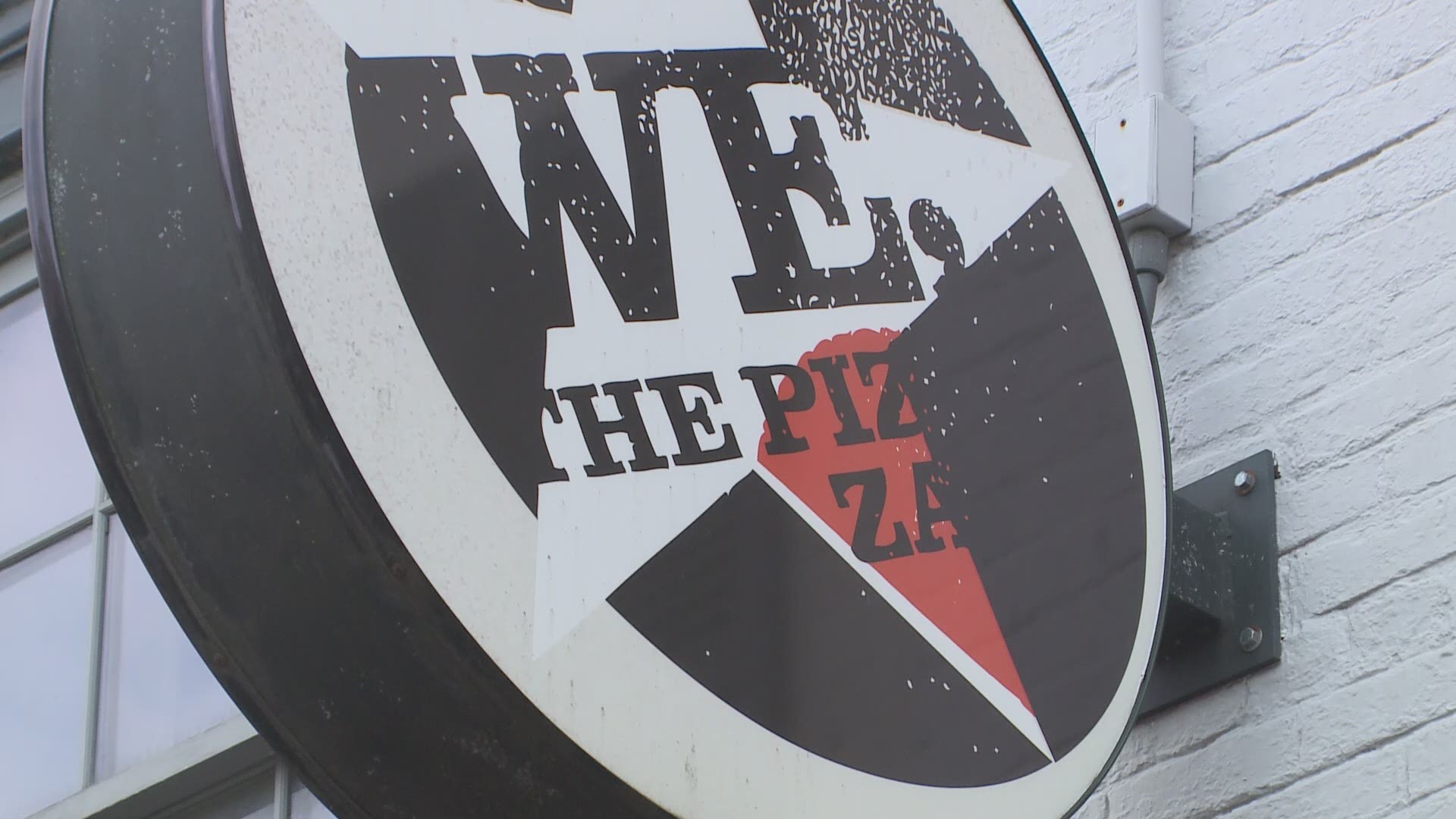 WASHINGTON — As National Guard soldiers from across the country pour into D.C., some local restaurants wanted to show their gratitude for all they're doing to keep the city safe.

The initiative started at the We, The Pizza restaurant in Capitol Hill last week.

"The first night that we did it, I got home and the owners called me and were like 'Oh man this is crazy,'" said Robert Earley, a manager at the pizza shop.

Then other restaurants joined in.

"I think we're all in this together," said Maria Iturralde from the Saya Salteña restaurant.

Those restaurants – and many others – joined forces to provide free meals to the National Guard troops and first responders working to keep the city safe through inauguration day on Wednesday.

"You have people working 17 hours, 15 hours, 24 hours a day," said D.C. firefighter Jonathan Tate. "It's a blessing to be able to receive support from the community like that."

The restaurants see it as a way to say thank you for an often thankless job.

"[We] want to take care of the troops," said Earley. "It's home. We're three blocks from the Capitol. You see what happened on January 6 and they're here to protect us. They're not here to cause problems."

Since Thursday, a @wethepizza manager estimates they’ve provided close to 2,000 pizzas...and that’s not including the contributions of many other restaurants involved@wusa9

It's also a chance for local restaurants to look forward to what they hope will be a more normal future.

"We restaurants are going to be prosperous once everything opens and once everything is back together," said Iturralde. "I think it's just a, 'Thank you, here's some food, enjoy!'"

Restaurants and other donors stepped up in a big way. Earley estimates We, The Pizza has provided close to 2,000 pies to troops and first responders since Thursday – close to $44,000-worth of pizza.

And those figures don't even include all of the contributions from the other restaurants involved.

Though the restaurants say the troops they've fed, just like the first responders, have been more than happy to accept.

Credit: AP
Chef Jose Andres, founder of World Central Kitchen, talks and bumps elbows with a U.S. Capitol Police officer while handing out food to those protecting the Nation's Capital ahead of the inauguration of President-elect Joe Biden and Vice President-elect Kamala Harris, Sunday, Jan. 17, 2021, in Washington.(AP Photo/Julio Cortez)

D.C. Chef José Andrés, the founder of World Central Kitchen, took photos Saturday with U.S. Capitol Police officers and members of the National Guard, while handing out food to those protecting the Nation's Capital ahead of the inauguration of President-elect Joe Biden and Vice President-elect Kamala Harris

The chef, famous for his good food and community service, joined Speaker of the House Nancy Pelosi on Saturday to provide more meals and fresh produce.