An organization works to give young people the tools needed to advocate for themselves become the leaders of the future. 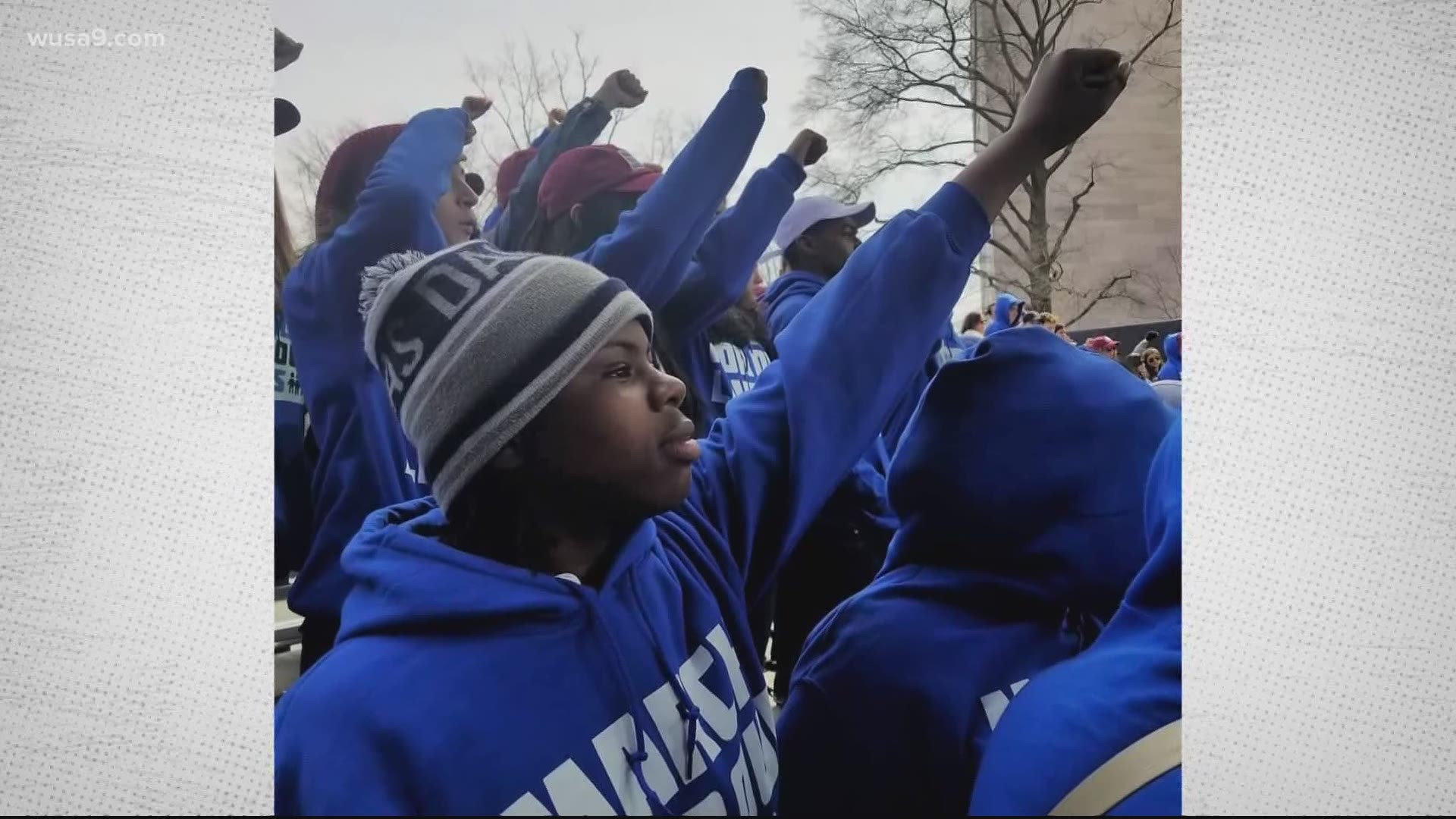 WASHINGTON — A D.C.-based organization is working to give young people the tools needed to advocate for themselves and to become the leaders of the future.

Leading up to the 2020 March on Washington, also known as the Commitment March, the young leaders are inspired by the civil rights movement of the Black people who came before them.

“It is the reason why we can do all the things that we do. I can go to school with the people that have gone to school with. I can go wherever I please without getting harm done to me. I just think that it was really important because it has changed our lives for the better,” Ford said.

The teenagers look up to Black leaders, such as, Dr. Martin Luther King, Jr., Malcom X, and Rep. John Lewis.

“He was the youngest person to speak at the March on Washington,” Ford recalled about Rep. Lewis. “He led people in the march in Selma on Bloody Sunday. As a young advocate, I really feel like his story inspires me because he shows everybody that you’re never too young, you’re never to young to speak up about the things that matter, the things that you believe in.”

Jones chooses to honor all of the civil rights leaders from the past equally.

“Every single thing they contributed is why I can do things I can do today,” he said.

Jones and Ford are students with the D.C.-based nonprofit named Black Swan Academy.

“We give black youth, and in coalition work, black youth of color the tools and the opportunities needed to be activists, to be advocates and organizers,” Samantha Davis said.

Davis is the Executive Director of the Black Swan Academy.

“We support middle school and high schoolers in identifying the issues within their communities,” she said.

The youth activists have done work around the school to prison pipeline, environmental justice, and police violence in their communities.

The students are working on several issues, including virtual townhall meetings with city councilmembers around COVID-19.

“The big problem that we have especially here in D.C. is access,” Ford said. I feel like there is a lack of access for Black and Brown students for mental health, physical health, food, proper education services, supplies, materials. There’s a lack. It is almost like you’re being forgotten about.”

Students are also leading projects, such as, the Police-Free Schools campaign to push D.C. police officers out of public schools.

“They are not beneficial to Black and brown students, and they do not protect us. They do not help us. They are useless,” Jones expressed.

“We know that, as a society, we've been conditioned to believe that police keep us safe. The calls to remove police from schools and calls to defund police is not a call of violence. It's not a call saying that we don't want our community safe. In fact, it's the opposite. We are saying that Black people and Black children deserve true safety," Davis added.

Instead, the young leaders are calling for resources to address the root causes that may make school environments unsafe.

They want to ensure young people have access to mental health support, equitable learning environments, and experts with resources to deescalate conflict.

“That is what is going to bring us safety. Not police,” Davis added

The young activists said it is important for adults to support them, arm them with information, and give them the space to lead the country into the future.

We want to hear from you. If you're a young person involved in the March on Washington, get in touch with Michael Quander.