The faith-based pilgrimage started in Charlottesville on Aug. 20. 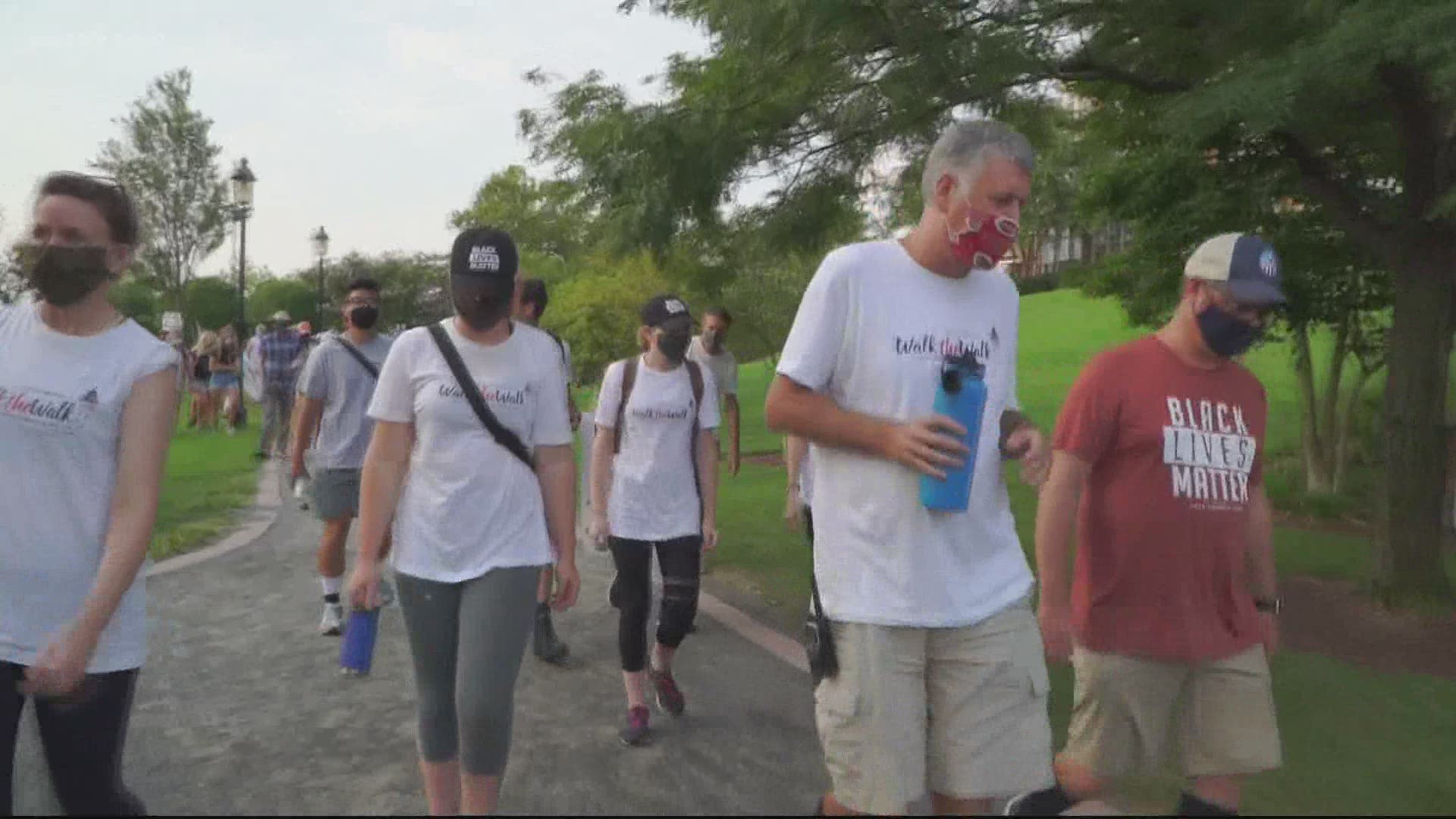 WASHINGTON — As people made their way to D.C. for the March on Washington, for some it was the end of the road. For faith leaders from across the country who walked 130 miles to get to D.C. as part of a faith pilgrimage, it was the start of a new beginning.

“I started this 130-mile journey 10 days ago. I hadn't walked more than a mile at a time, and I just figured it was just going to be one step after another,” Linda Newman, a senior pastor from Philadelphia said. “I'm not an athlete. I didn't train for this, but I think if we put one foot in front of the other and we follow the people who are leading us, particularly leaders of color, we’ll not only kind of create a new world, but we'll be able to do it together.”

Newman was one of several people who spent the last nine days walking across Virginia as part of a faith-based pilgrimage that focused on racial reckoning, resolve, and love.

Credit: WUSA
After having just walked 130 miles, Linda Newman said prior to the pilgrimage she hadn't walked more than a mile at a time.

"This faith pilgrimage is a way of reckoning with our history, particularly for those of us who are Christians for whom our tradition has not only been complicit in white supremacy,” Newman said.

Newman said the group walked with repentance down Virginia back roads and busy interstates, encountering she said at times some uncomfortable encounters.

"A lot of insults a lot of really kind of toxic kind of messages from folks down there who really took exception to our presence, particularly as White's proclaiming Black Lives Matter,” Newman said. "But we also got a lot of support a lot of encouragement."

The pilgrimage picked back up Friday morning for its final leg of the journey in Alexandria, where those who couldn’t walk the entire nine days joined the group to the March on Washington.

Newman walked the entire walk, while others joined when they could or after they learned about the pilgrimage.

“This is a good time to do what I like to call a sabbatical, and just really walk with other people and know that God is in the midst of it. So it was awesome. It was awesome, I love it,” Devon Archie from Delaware said.

Archie joined the group Friday as they met their finish line at Black Lives Matter Plaza, an experience some faith leaders called overwhelming.

“There’s a number of people whose names I never knew, and the number of people on this fence that I had never heard of, and we've named eight, nine, ten names going through here that we've all heard of, how many more out there that we never knew,” Tom Legrand from Greenville, South Carolina said as he looked at the fence in front of Lafayette Square.

He said leadership in the church has to change in order to help society change, adding that people cannot continue on the path they’re on.

“We just ignore that history in favor of a narrative that just isn't true for everybody. And how do we make it true for everybody? How do we end the need to have a fence like this, with names that we never knew, never heard of? I don't know what the answer is. But I know the answer is not to do what we're doing now,” Legrand said.

You can read about the group’s call to faith leaders and demands to government HERE.

“It’s time we get things done. All lives matter when #BlackLivesMatter”
Michael Cooper of Arlington has been walking 3 days of the 9 day faith pilgrimage from Charlottesville to DC. He says when he heard about the 130 mile walk to #MarchOnWashington2020 he had to join.
@wusa9 pic.twitter.com/iufbMzGIbE