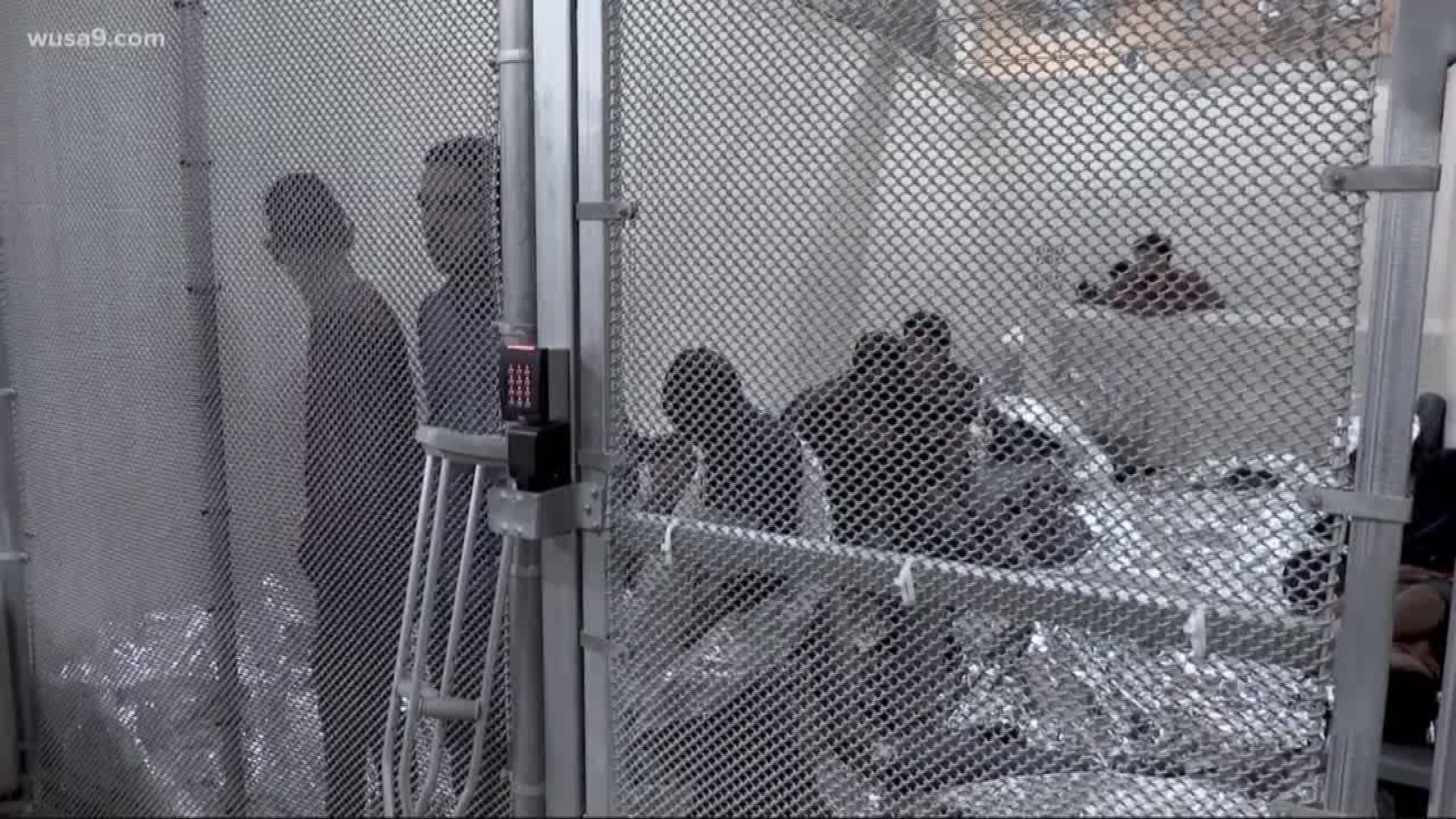 ARLINGTON, VA -- As the outrage grows about the Trump immigration policy that separates parents from children, people want to know, what is Congress doing.

"I looked at the pictures of the kids in these fenced cages and I said, 'that's the real Trump Hotel, what he's doing to these kids.' And it really just shows, hard to imagine, just a more evil way to treat young people than what they're doing," said Sen. Kaine who said he's trying to stop the practice with legislation.

"Sen. (Mark) Warner and I are among probably 20 to 25 sponsors of a piece of legislation that would overturn the President's ability to do this. Would stipulate that children cannot be separate from their parents, unless a parent is involved in either trafficking a child or abusing a child, so long as that doesn't happen, a child will not be separated from their parent when coming to the border," said Kaine.

"It would be the right thing to do and we're going to push for it to happen," said Kaine.

His Republican challenger, Corey Stewart, has always pushed for strong immigration policies and is holding firm on this one.

"It's heartbreaking to see these kids separated from their parents but the alternative is to incarcerate the children with the parents, which we're not going to do," said Stewart.

He denied the accusation that the Trump administration is using the immigrant children as pawns.

Child health experts said children could have life-long psychological damages from being separated from their parents.

Some of the people crossing the border are requesting asylum from gang violence or abuse.

How does Stewart justify locking them up?

"Well, you have to enforce the border, otherwise you're going to have an even greater humanitarian crisis and of course we don't want to incarcerate kids, which is why they're being separated. I think the President's policy is correct," said Stewart.