The former Mayor of New York held a campaign rally on Saturday, setting his sights on Super Tuesday. 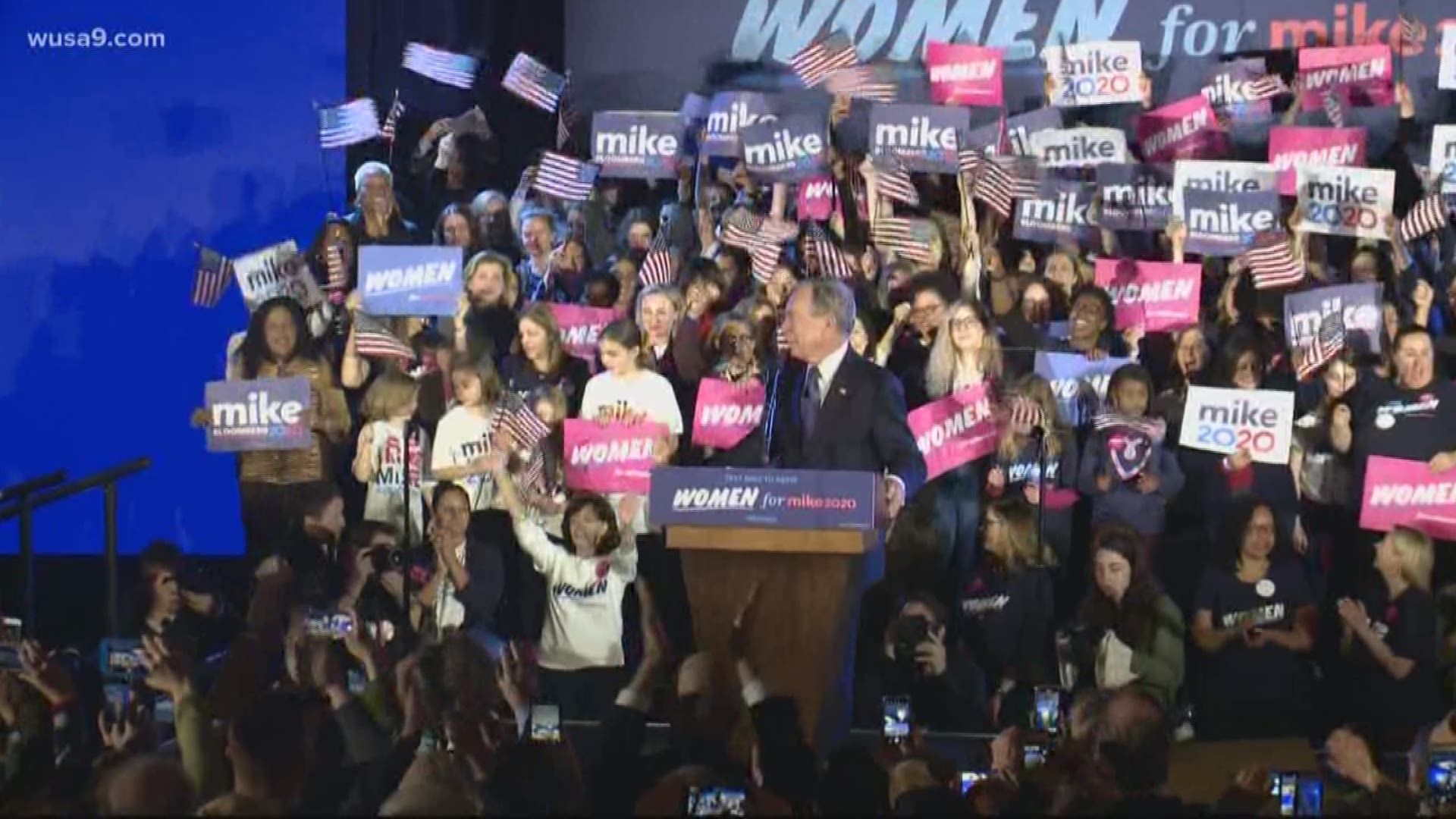 "The fact is President Trump was briefed on the crisis two months ago … and his incompetence puts us all at risk," Bloomberg began his remarks.

“He actually called it a Democratic hoax," he continued. "But in times like this, we need someone who has actually led during a crisis, who believes in science."

During a rally in North Charleston, South Carolina Friday evening, Trump suggested coronavirus fears were a way for Democrats to undermine his presidency.

The former New York mayor hosted a “Women-for-Mike” gathering in Tysons Corner early Saturday, where he sought to turn the page on headlines concerning non-disclosure agreements with women at Bloomberg L.P.

Eleven of Bloomberg’s female co-workers who have known the candidate for a range of 18 to 30 years introduced the billionaire, an unmistakable backdrop of support to counter rivals’ criticism.

"For everyone standing here on stage I say, I wouldn’t be here without you,” Bloomberg began, addressing former city hall aides.

“Women have truly been the backbone of this campaign. We’re gonna have a big day on Super Tuesday, and it won’t be because of any of the men, I can tell you that."

RELATED: Facts Not Fear | What you need to know about the COVID-19 outbreak

Bloomberg is currently tied with Sanders in the commonwealth, garnering 22 percentage points according to the latest Monmouth University poll released Feb. 18.

The Monmouth survey was conducted by telephone from Feb. 13 to 16, 2020 with 400 Virginia voters who are likely to vote in the Democratic presidential primary on March 3, 2020.

According to the survey, only one in four Virginians have settled on their preference for the Democratic nominee.