Volunteers delivered their recall petition Monday to the DC Board of Elections. If the signatures are found valid, a special election will happen 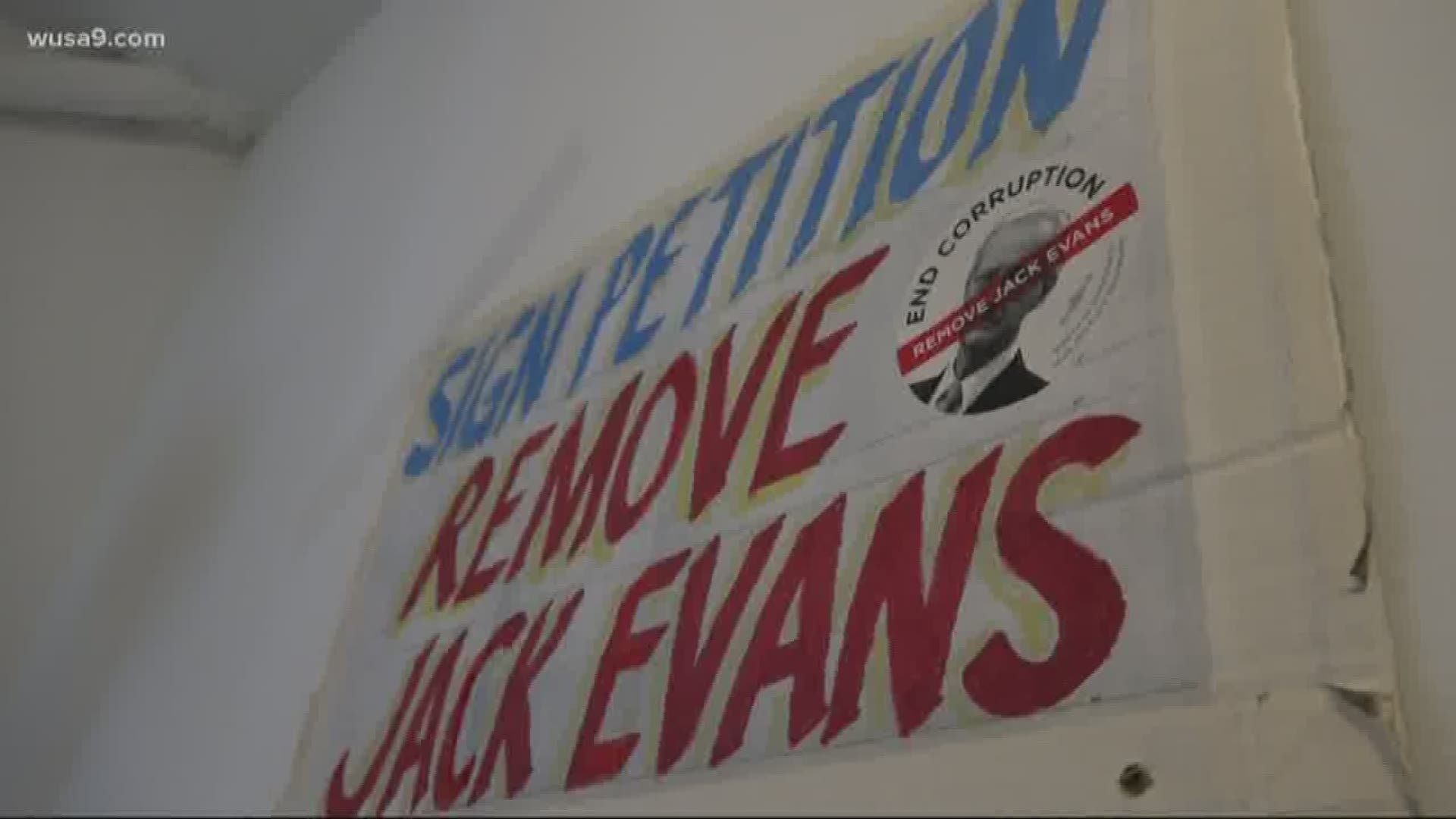 WASHINGTON — Their cries could be heard on Massachusetts Avenue Monday, "Collecting signatures to recall Jack Evans! This is the last call for the recall!," Rosina Memolo said. Memolo is one of 89 volunteers hoping to push DC Councilmember Jack Evans out of office.

For the past six months, dozens of volunteers have hit the streets, knocked on doors and talked to strangers. All for the same moment Monday, when the group delivered over 5,700 signatures as part of a recall petition to DC's Board of Elections.

The group calls themselves the Committee to hold Jack Evans Accountable.

"When you start trying to profit off your council staff, that's just pure corruption," Eidinger said from his Northwest, D.C. home that also acts as home to the grassroots movement.

Evans has been at the center of multiple ethics scandals, prompting him to resign as chairman of WMATA's board. Earlier this month, D.C. councilmembers released a 97-page report outlining 11 ethics violations that Evans allegedly committed. That report alleging he used his elected position for personal gain.

For the recall petition to be approved, the DC Board of Elections says 4.949 signatures are required, or about 10 percent of registered voters in Ward 2.

The process is outlined in the D.C. Law Library.

The DC Board of Elections has 30 days to approve or deny the recall. If the signatures are found valid, within 114 days, a special election will happen.

The election will put Evans's fate in the hands of the people he serves.

"I have no idea what the ultimate outcome of the vote will be, what Jack will do to survive. But what I do know, is this is proof the people of Ward 2 have abandoned him," Eidinger said.

We reached out to Councilmember Jack Evans today for comment on our story. His director of communications says they have no comment.