Senators, workers unions want to give back pay to federal contractors after last government shutdown

While 800,000 federal workers received payment for the 35-day government shutdown federal contractors who continued working missed out on a month's worth of pay. 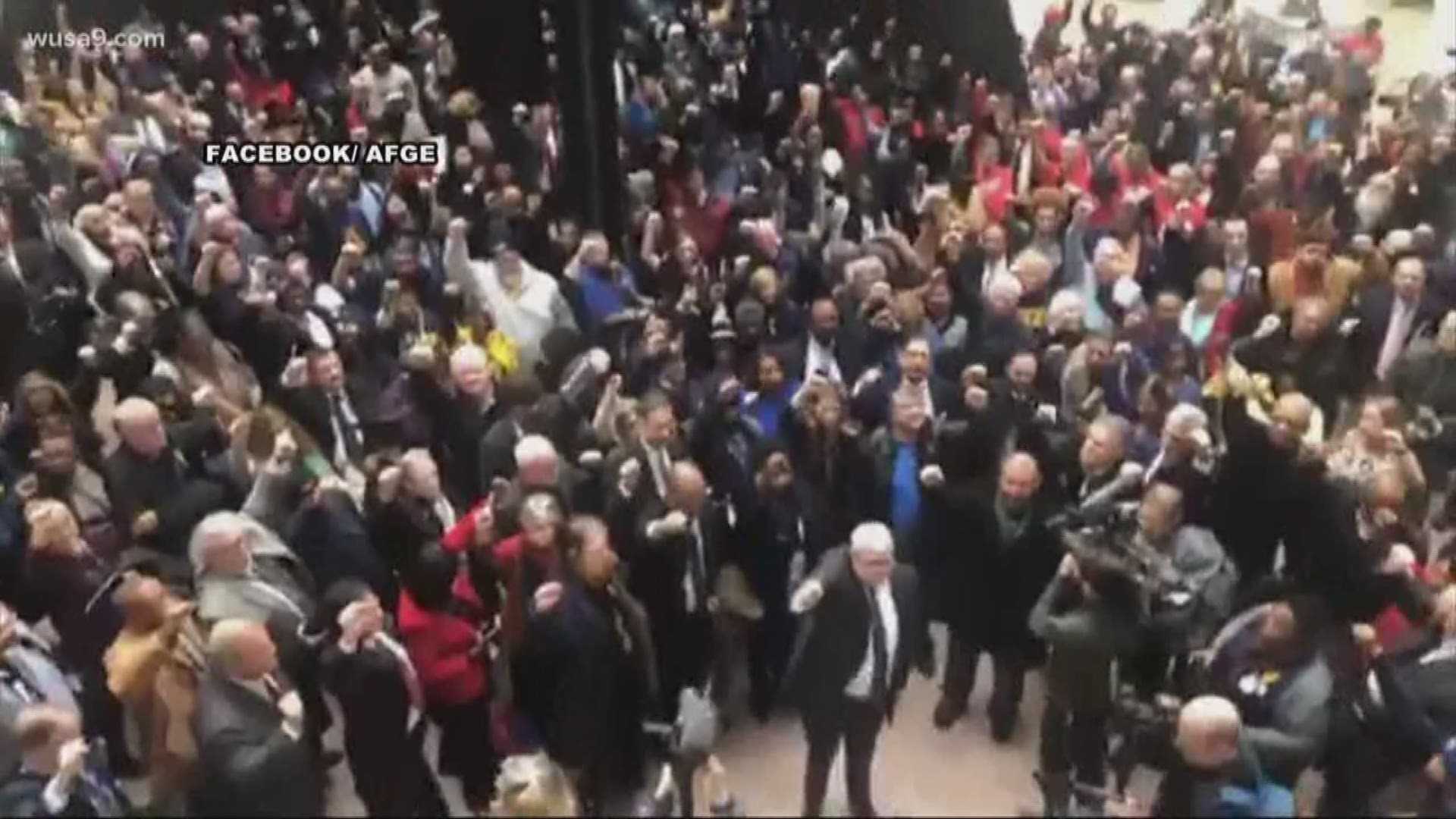 WASHINGTON — Food servers, janitors and security guards aren't typically high-paid federal contractors. And with the 2018-19 partial government shutdown now a year in the past, there are calls to have back pay extended to those who were never compensated.

Workers unions such as the Service Employees International Union Local 32BJ (SEIU), which represents 600 low-wage federal contractors, are still pursuing the cause to get back pay for those handed a financial burden that they did not cause, according to the Government Executive. Several U.S. senators as supporting the push as well.

While 800,000 federal workers received payment for the 35-day government shutdown that lasted from Dec. 22, 2018, to Jan. 25, 2019, federal contractors who continued working missed out on a month's worth of pay.

The White House and Senate Republicans were not on board with providing back pay for federal contractors, due to worries of fraud, waste and improper payment.

"While contractors play an important role in helping government agencies meet their missions, this legislation ignores important principles of federal contracting, and would lead to increased cost and a significant increase in the risk of fraud, waste and improper payment," the Office of Management and Budget said. "The administration anticipates significant, disruptive and costly challenges in trying to force-fit the requirements of contractor back-pay legislation into an acquisition system that is not designed or equipped to manage contractor employees."

The Hill and Government Executive both reported that Senate Majority Leader Mitch McConnell was referring questions about back pay to the Office of Management and Budget.

Sens. Tina Smith (D-Minn.), Sherrod Brown (D-Ohio), Chris Van Hollen (D-Md.) and Tim Kaine (D-Va.) spoke on the Senate floor in October 2019 about including these changes to the back-pay legislation currently in place.

In an interview with the Government Executive, Jamie Contreras, who represents Service Employees International Union Local 32BJ, believes that federal contractors are affected more than full-time federal employees because of the types of jobs these contractors are taking that are lower paying.

32BJ SEIU represents 175,000 members in 12 states and D.C. This includes both government and private employees that are under contracts or full-employment.

RELATED: VA delegate wants to give Arlington and Alexandria back to DC

RELATED: Uber may bring self-driving cars to DC sooner than you think