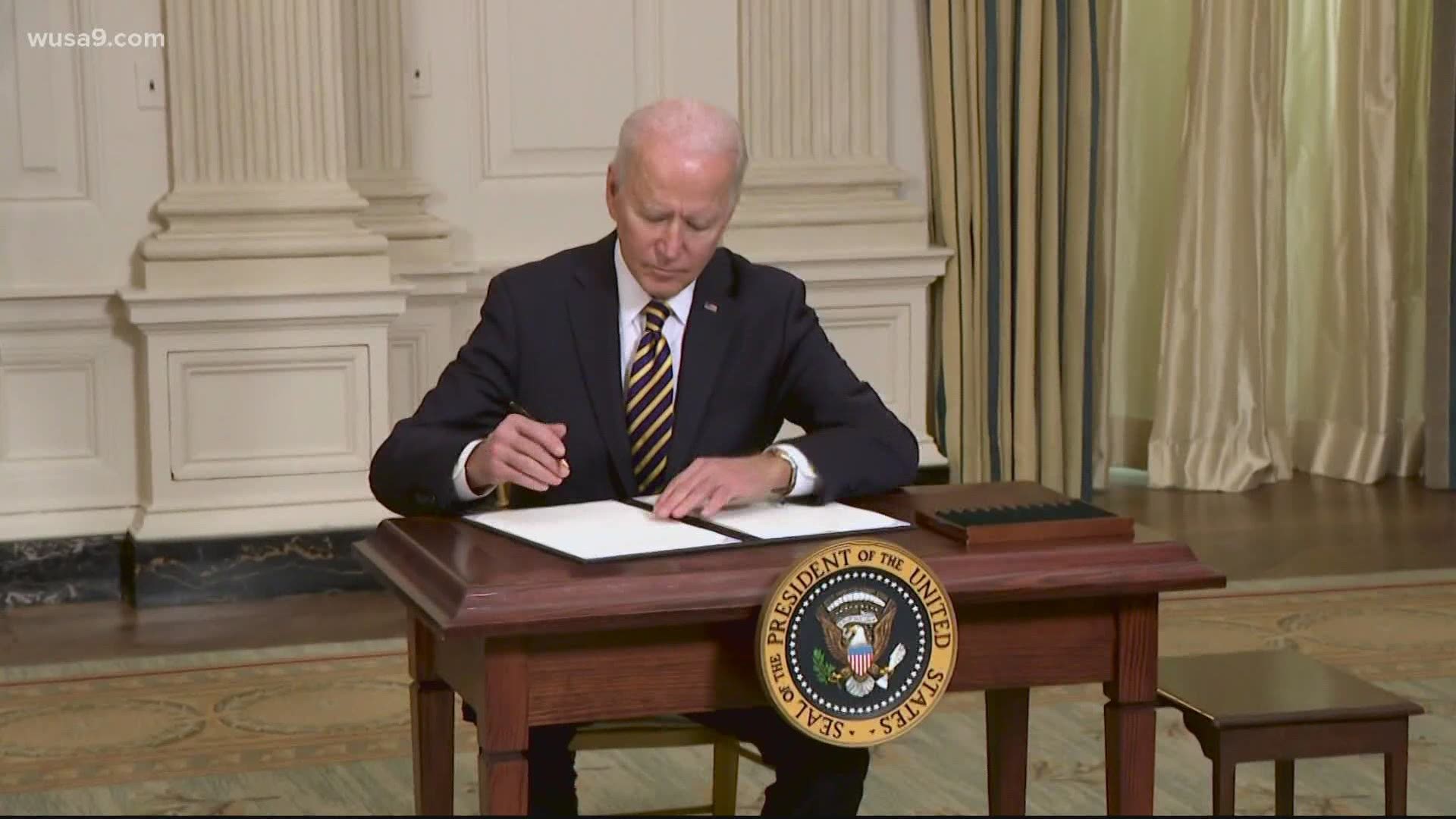 FAIRFAX COUNTY, Va. — The tentacles of COVID-19 have reached deeply into every American jurisdiction with a vengeance. Setting aside the devastating impact of the 511,000 lives lost and counting, U.S. counties face a looming financial catastrophe without help from the federal government.

Like a bloodthirsty octopus, those tentacles have slurped a combined $202 billion from the coffers of the nation's more than 3,000 counties, according to data from the National Association of Counties.

In Fairfax County, Virginia's largest county, leaders are projecting a $300 million loss over two years, according to Jeff McKay, Chairman of the Fairfax County Board of Supervisors.

"I am in a dead end," McKay said. "Increase taxes, cut services or hope that the federal government does what it's supposed to do in the midst of a crisis like this which is to step in, assert their authority and help our communities recover."

The majority of frontline workers are county employees, McKay said during a recent Zoom call with WUSA9 anchor Adam Longo. First responders, teachers, librarians and others all depend on their local county for a paycheck. Costs have increased and revenue has dipped dramatically leaving counties with few options.

"The increased costs of providing services and hardening all of our facilities to be safe. Those are all costs born by local governments," McKay said.

"Despite the optimism, without new resources, our entire effort will be set back," Biden said from the White House Tuesday. "We need the resources in the American Rescue Plan and we need it urgently."

The president's plan has passed the House and awaits action in the Senate.

More than 400 organizations have signed a letter to members of the U.S. Senate urging them to pass Biden's proposal.

State revenues are down some 6 percent compared to before the pandemic, even as the need for state services has skyrocketed with one in three adults struggling to meet household expenses," the letter says. "Meanwhile, many cities and counties have been hit even harder. The average city with falling revenues has seen collections drop by 21 percent, even as costs have soared, and counties face similar conditions ... As the Senate considers this legislation, we ask that you maintain the $350 billion funding that will get aid quickly to all corners of the country."