What's on the West Virginia ballot? Here's what you need to know 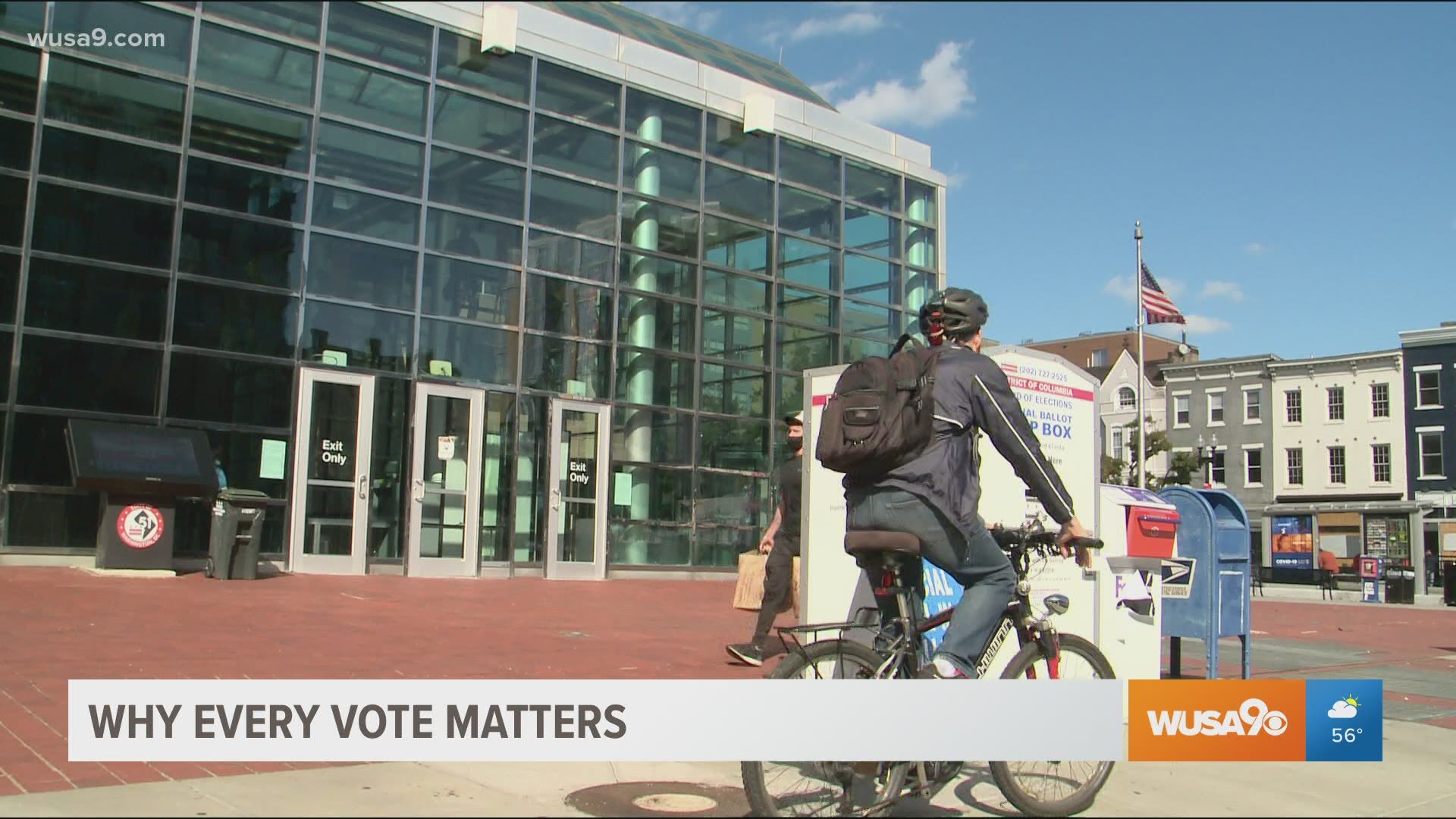 WEST VIRGINIA, USA — West Virginia voters will elect the president and vice president, a U.S. Senator, three U.S. Representatives and a governor when they cast their ballots for the November 3 general election.

The early voting period starts October 21 and runs until October 31.

Absentee ballots must be postmarked by Election Day and received within six days of the election.

Here is a list of candidates and questions on the ballot along with some biographical information obtained from their websites or party websites.

Joseph Biden (D)
He served as the 47th Vice President of the United States from 2009 to 2017 in the Obama administration. Previously he was a U.S. Senator for Delaware from 1973 to 2009. He served as Chairman of the Senate Judiciary Committee from 1987 to 1995. His first presidential run was for 1988.
Website: https://joebiden.com/#

Howie Hawkins (STG)
He is a retired trade unionist and environmental activist. He ran for Governor of New York, on the Green Party ticket, in 2010, 2014 and 2018.
Website: https://howiehawkins.us/

Jo Jorgensen (LIB)
She is a senior lecturer in psychology at Clemson University. She has worked at IBM as a marketing representative, and started her own software and computer technology sales company.
Website: https://jo20.com/

Donald Trump (R-incumbent)
He is the 45th President of the United States, seeking a second term. He became president of his father’s real estate business in 1971, and expanded its operations to building or renovating skyscrapers, hotels, casinos and golf courses around the world. He produced and hosted The Apprentice reality television show from 2003 to 2015.
Website: https://www.donaldjtrump.com/

Shelley Moore Capito (R-incumbent)
She has been serving as the junior U.S. Senator for West Virginia since 2015. Previously she served in the U.S. House of Representatives from 2001 through 2014.
Website: https://www.capito.senate.gov/

David Moran (L)
He is an adjunct professor at WVU, a scientist, and a sheep farmer.
Website: https://www.facebook.com/moran4wv/about/

Paula Jean Swearengin (D)
She was an officer manager, and comes from a coal mining family. She is a former board member of the Keepers of the Mountain Foundation.
Website: https://paulajean.com/

Voter Guide 2020: Everything you need to know about the elections in DC, Maryland and Virginia https://t.co/SA6EuxYruC

Natalie Cline (D)
She is a computational linguist for a software company. She has also taught at West Virginia University and George Mason University in Virginia.
Website: https://www.natalieclineforcongress.com/

David McKinley (R-incumbent)
He has held this office since 2011. Previously he was a member of the West Virginia House of Delegates from 1980 to 1994.
Website: https://mckinley.house.gov/

Cathy Kunkel (D)
She is an energy policy expert. She co-founded Advocates for a Safe Water System and Rise Up West Virginia.
Website: https://kunkelforcongress.com/

Alex Mooney (R-incumbent)
He has held this office since 2015. He is running for a 4th term. Previously he served in the Maryland State Senate from 1999 to 2011.
Website: https://mooney.house.gov/

RELATED: VERIFY: Which states allow voters to share photos of their ballots online?

Carol Miller (R-incumbent)
She is running for a 2nd term. She previously served in the West Virginia House of Delegates from 2007 through 2019.
Website: https://www.electcarolmiller.com/

Jim Justice (R-incumbent)
He is West Virginia’s 36th governor and has held this office since 2017. He comes from a coal mining background, owning a family coal mining business. He was once a Democrat, but switched parties in 2017-making the announcement at a Trump rally.
Website: https://justiceforwv.com/