Voters in Virginia Beach line up early at the polls

Some voters lined up as early at 4 a.m. with chairs and blankets in an effort to beat the expected crowds. 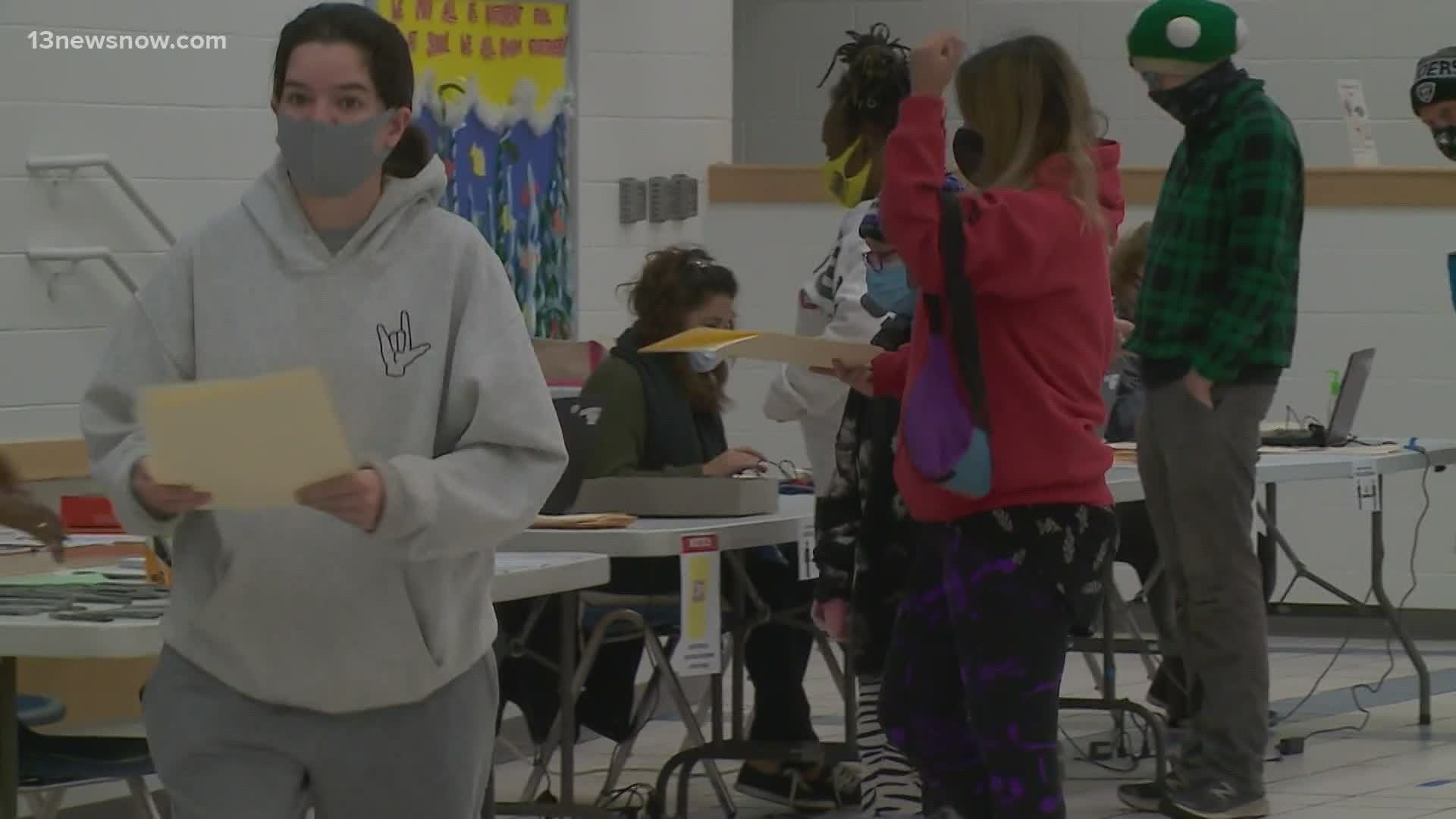 VIRGINIA BEACH, Va. — When the polls opened at 6 a.m. in Virginia, voters in Virginia Beach were ready to go.

People were lined up at 4 a.m. to cast their ballots.

“Actually at my age, I could drive through but I thought, no I want to go inside and make sure that ballot goes right in that machine,” voter Karen Acuff said.

She was second in line to vote.

She and a few others brought chairs and blankets to wait it out in the chilly 40-degree weather.

“I got myself ready last night so all I had to do was get up and just throw it in the car and go,” Acuff said.

As the morning wore on, the line grew to hundreds of people, lined up around the block.

But it moved quickly and by mid-morning, the line had dwindled to only a dozen.

“This is pretty much what I expected,” Johannes Speckheuer said. “Good voter turnout today.”

This morning’s line comes after weeks of early voting where people stood in line for hours to cast their ballot.

“Actually I’ve been trying to vote. I tried to early vote twice, and the lines were crazy,” Cairnes said.

But Cairnes didn’t give up. She showed up today to vote, and for good reason.

“This is actually my first time voting,” she said. “And I’m really excited - so yay!”

There were a lot of first-time voters and a lot of older voters.

“Usually I have other people with me, but they voted early,” she said.

Others brought friends and family in hopes to inspire the next generation.

Speckheuer was with his wife, Lisa, and daughter Zooey.

“Well, she needs to see what it’s like so that she can be ready to vote in 10 years when it’s time for her to,” Lisa Speckheuer said referring to Zooey.

Because every vote counts.

“I thought about not coming out,” Juarez said. “But then I’m like -- if it will help. We just want to move forward with everything, and the year how it’s been, I just figured it’d be important to vote.”