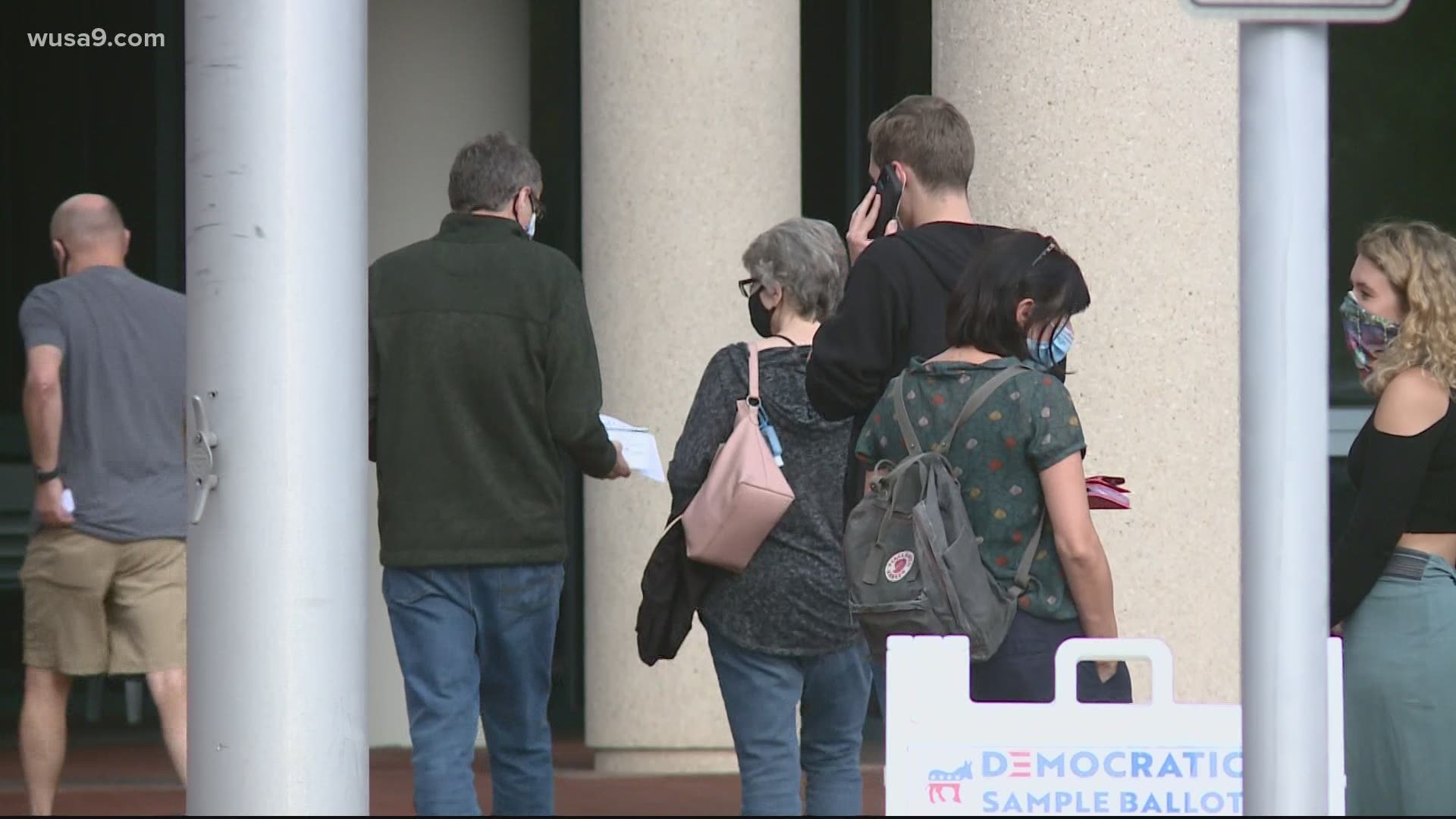 PRINCE WILLIAM COUNTY, Va. — One week into Virginia’s early voting, and some Northern Virginia election officials are reporting high voter turnout ahead of the 2020 Election.

Prince William County Electoral Board Secretary Keith Scarborough said that may have to do with more people wanting to take advantage of their vote, and the increased accessibility to the ballots.

“One of the reasons why we've all seen the long lines is the changes in the law that the General Assembly made,” Scarborough said. “Under the old system, you had to either have an excuse or make up an excuse why you couldn't vote on election day. Now every Virginian has the ability to vote early in person. They can vote by mail or they can wait and vote on election day so the voters have much more freedom, much more opportunity to vote than we've ever had before in Virginia.”

Prince William County election documents show around 17,000 people have so far participated in early voting, either by in-person voting or using the mail dropbox.

“We sent out more than 60,000 mail absentee ballots. That's four times the number that we did in the entire election in 2016,” Scarborough said.

Other counties across the region have seen similar jumps in absentee voting.

Loudoun County’s Deputy Director of Elections Richard Keech said the county has had about 8,300 in-person voters so far and 64,000 people have requested and been mailed ballots. Keech said there’s been a dramatic increase compared to 2016 early voting numbers, adding 64,000 is a record for mailed ballots.

That’s a trend that continues in Fairfax County, where people waited several hours during the first day of early voting. As of Thursday, a county official said 6,496 votes were cast in person, a 283 percent increase compared to 2016. 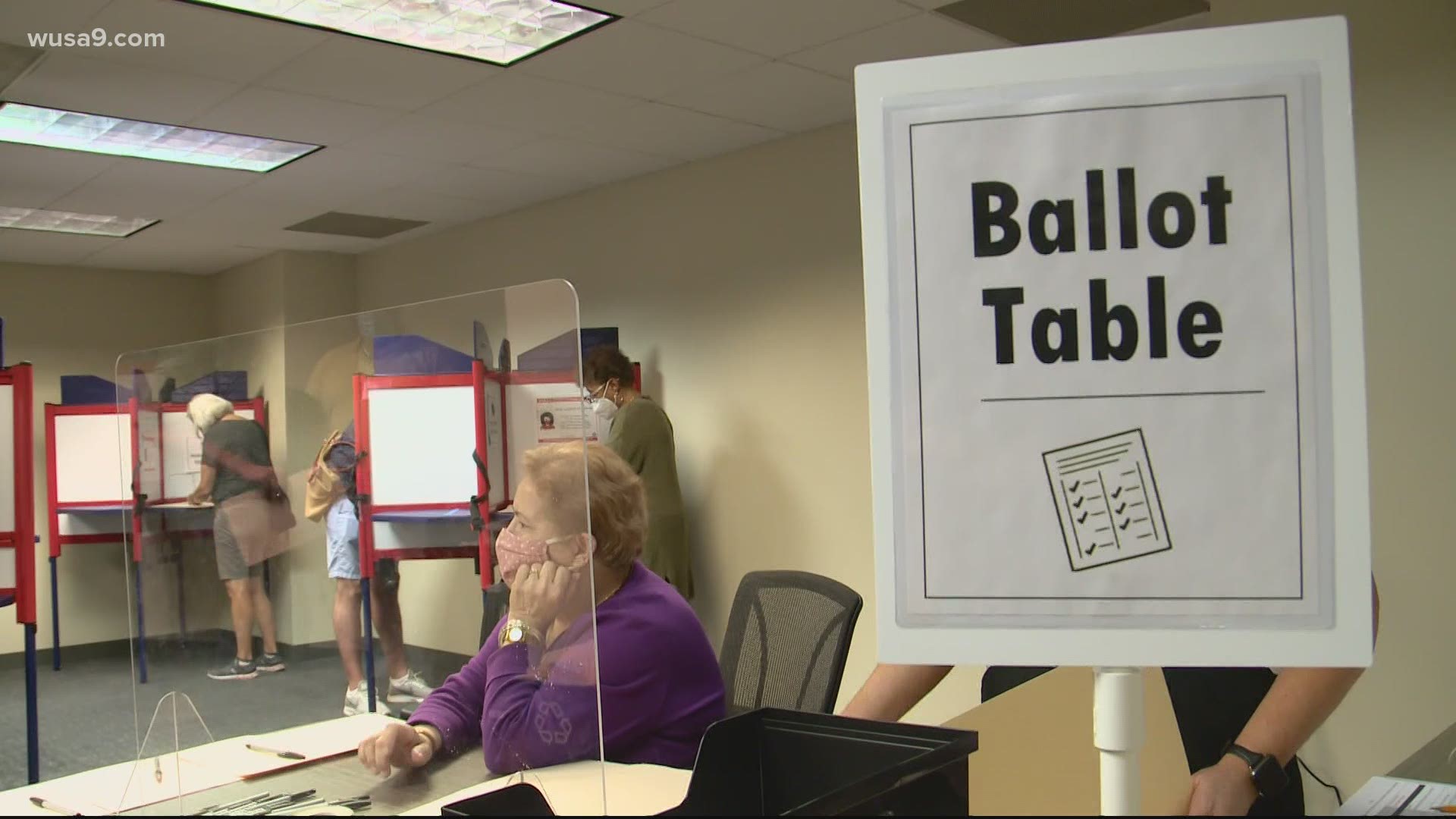 “Because of the political environment I think, and living where we are, Washington and federal politics and presidential politics are sort of like they're local for us also. And people are very aware, there's more interest, and unfortunately, the country's become more divided and people want to make sure that they take advantage of their right to vote, especially this year,” Scarborough said.

Scarborough also said he’s hopeful the high early voter turnout numbers will cut down on long lines on election day, adding he wouldn’t be surprised if voter turnout was 80 percent this year, “It's been an incredible turnout,” Scarborough said.

RELATED: Verify: In DC, Maryland, Virginia your mail-in ballot signature does not have to match your DMV signature