Republicans hold narrow majorities in the state Senate and House of Delegates, as Democrats try to gain control of the legislature for the first time in 26 years. 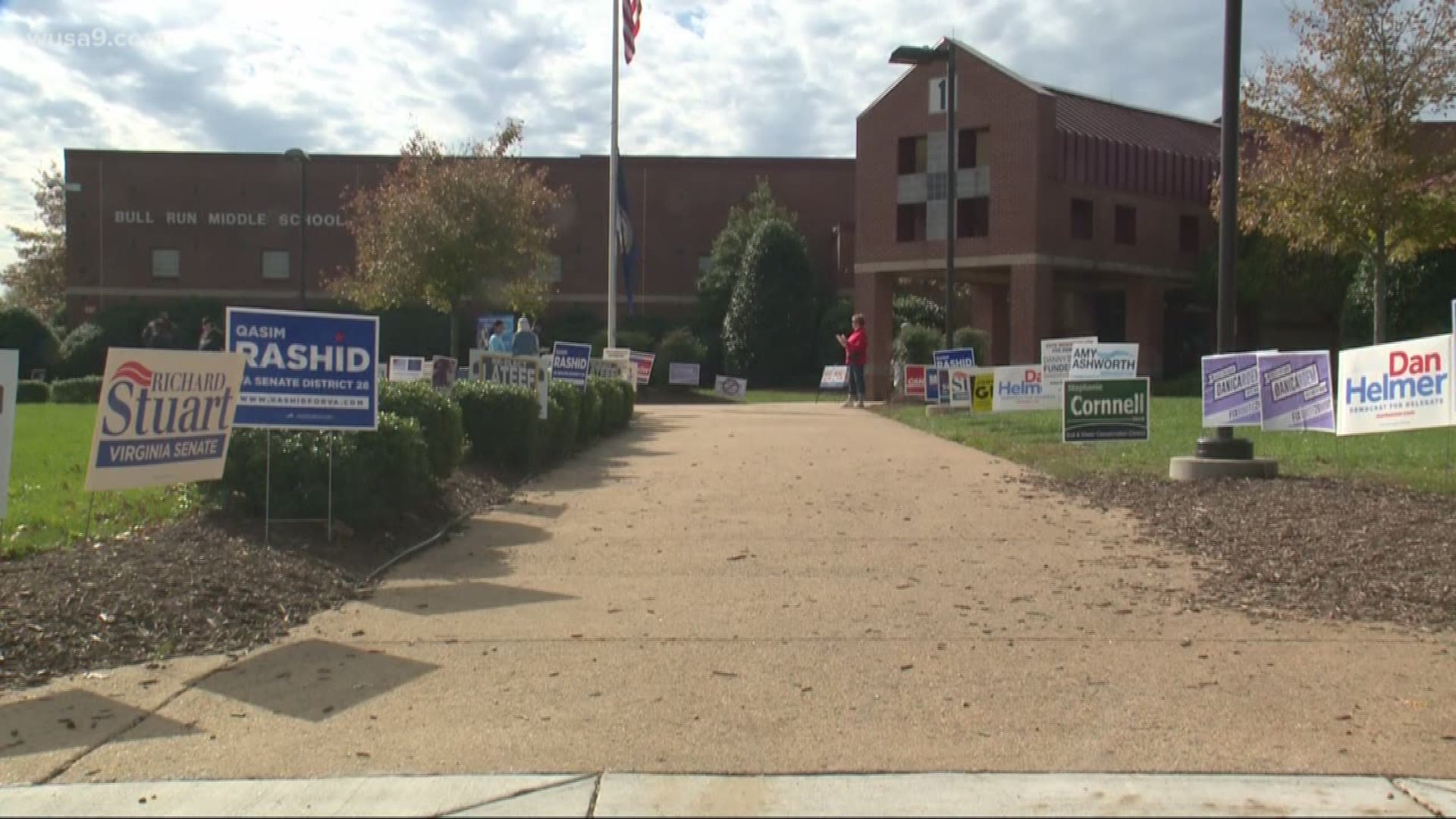 GAINESVILLE, Va. — Millions of eyeballs are on Virginia on this election day, as voters offer clues to the national mood -- and determine who will control the General Assembly in Richmond.

As of 4 p.m., voter turnout in Fairfax County was 25.1% with hours to go. Turnout for non-presidential election years is typically less than 30% total.

With redistricting of the state's political boundaries coming following next year's census, control of the state Senate and House of Delegates is hugely important.

In Prince William County, two races could help put Democrats in charge of the state legislature for the first time since 1993.

But what's perhaps most remarkable is how all these races have been nationalized. Asked what issues were important to her, Republican Christine McGuirk ticked off a list of issues important to President Trump.

"I won't stop fighting until these tolls come down," Hggins said in one ad, while standing on the Dulles Toll Road and blaming Bell for the rising prices.

But President Trump has tweeted his support, and sucked up a lot of the oxygen from both sides.

"He's effective. I could do without his personality," GOP voter Pat Phillips said.

"Children being locked up, not good," Democrat Atal Mohmand said. "The Supreme Court is going to be an issue in the next four years. That's what concerns me."

There have been some reported Election Day problems. The Commissioner of the Department of Elections said some voters in Stafford County were given the wrong ballots for the wrong races, which also happened in 2017. In Richmond, one precinct got way too few ballots, while another got way too many.

It's not clear if those problems were big enough to potentially change outcomes.