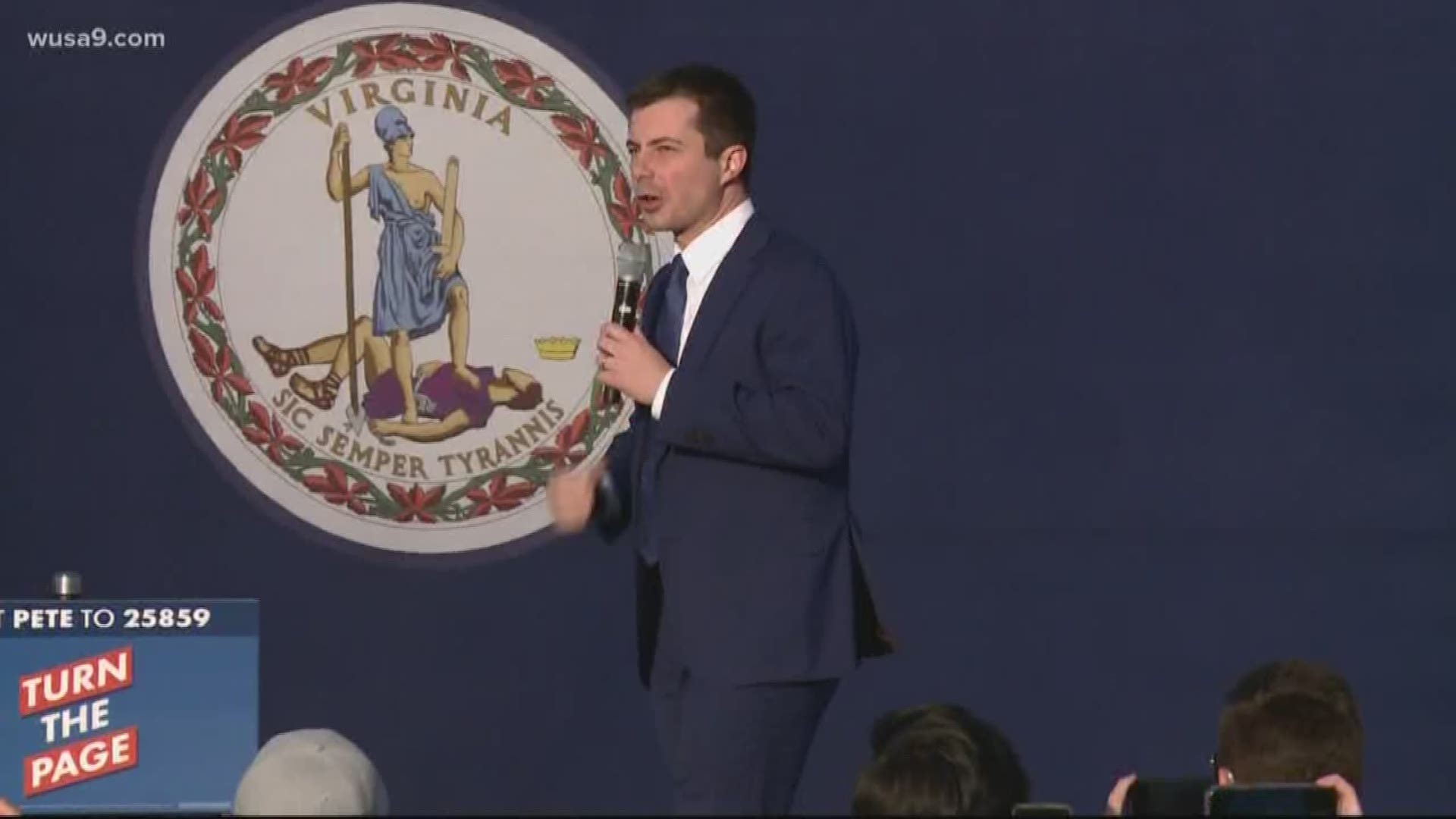 ARLINGTON, Va. — As Super Tuesday approaches, some Virginia voters are weighing who they believe can beat President Donald Trump. Mayor Pete Buttigieg held a town hall in Arlington Sunday, trying to convince the undecided that he was the right choice.

“Kind of a split decision right now for me," said Dylan Oakes, who lives in Pentagon City.

He said he has to send in his absentee ballot by Wednesday. Oakes was hoping the rally would help him decide between Elizabeth Warren and Pete Buttigieg.

“I need to be convinced that he is the best candidate to take on Donald Trump," Oakes said.

He said he appreciates that Buttigieg is educated, articulate and a veteran. But he has some concerns.

“Age, lack of experience," Oakes said. "You look at someone like Sen. Warren, Senator Sanders, they’ve been around the block. They know exactly how government works, and we just came from someone who was inexperienced in government. We’re currently seeing how that goes, and that kind of scares me.”

That being said, Oakes said Buttigieg's more moderate policies seem like a safer bet this election.

“I like the fact that he’s more moderate," he said. "I think the party needs to toe the line to not lose votes.”

The Mayor led with that stance when he took the stage Sunday. Buttigieg said he respects Bernie Sanders, but thinks some of his policies could turn people away.

“The way we will build the movement to defeat Donald Trump is to call people into our tent, not to call them names online," Buttigieg said. "But that means building a tent big enough to draw us in and harnessing, galvanizing, mobilizing, not polarizing the American majority ready to see that happen.”

RELATED: Who is Pete Buttigieg?

“I have been looking desperately for someone to vote for other than Trump, and a lot of their policies are too extreme for me, because I’m not a socialist," Brecht said.

Other voters, like George Mason student Megan Knapp, said they were still on the fence based on who had shown up to Sunday's town hall.

“I was expecting more of a diverse turnout, so that’s a little bit concerning for me, because I want someone who other people are going to support as well," Knapp said.

Pete Buttigieg talked about public health care for those who wanted it, more educational equity and better housing options for all.

He was met with chants and cheers, but Oakes said he cannot commit ... yet.

“I’m still riding the line" Oakes said. "He did comment a lot on how this is a campaign to beat Donald Trump, and I think that’s exactly what we need in this country.”

Pete Buttigieg's team said they have been canvassing in Virginia cities that voted for Obama in 2012 and President Donald Trump in 2016, trying to win over the undecided voters.

Sen. Bernie Sanders is scheduled to hold a rally in Loudoun County on February 29.