For the sisters of Alpha Kappa Alpha Sorority, Incorporated (AKA), Kamala Harris’ title as vice-president-elect is a ‘serious matter.’ 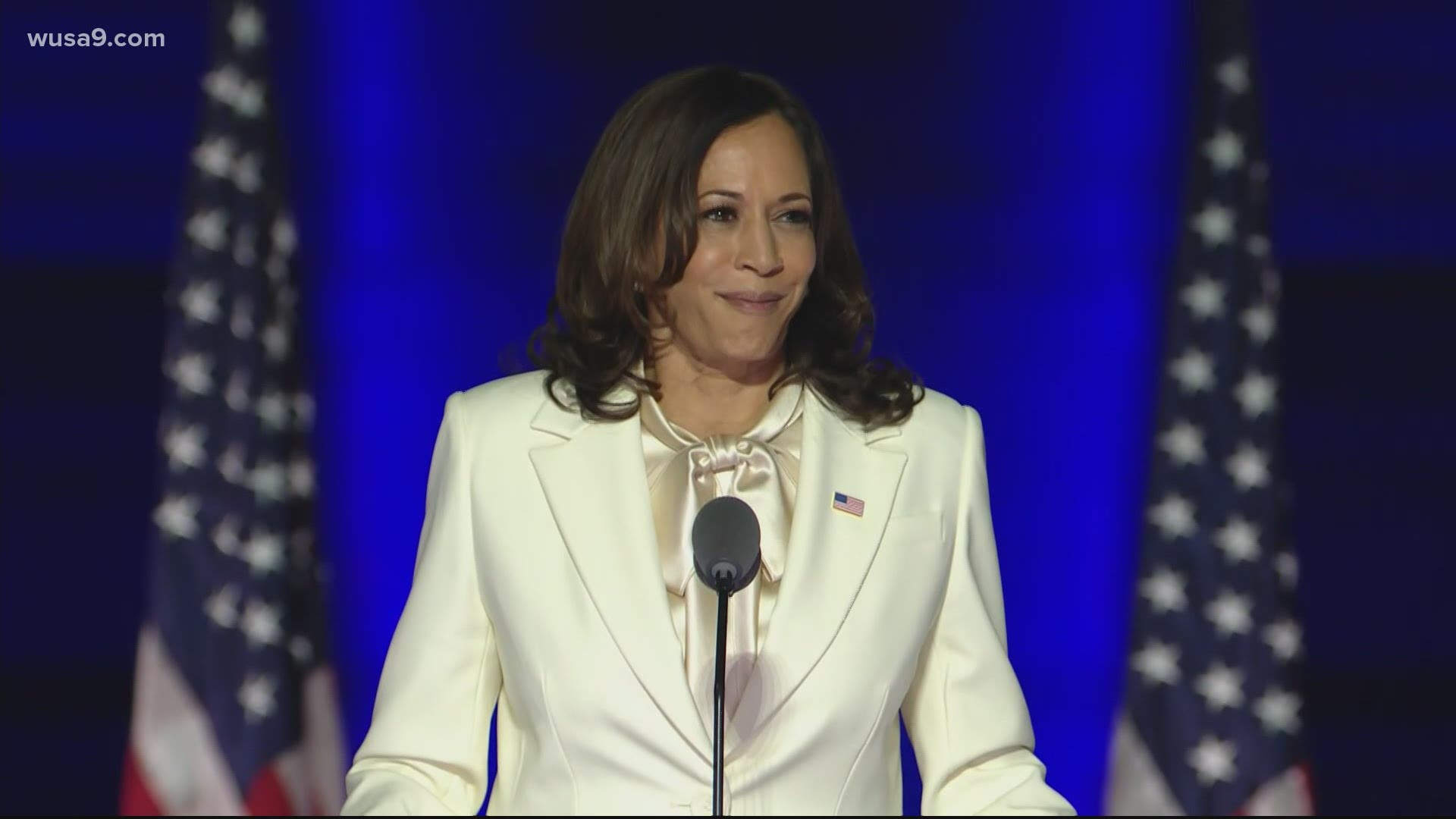 WASHINGTON — Vice President-Elect Kamala Harris is the first of many things. She is the first woman, Black woman, and Indian-American person to hold the office.

Harris is also the first vice president from an African-American sorority and a Historically Black College or University (HBCU).

For the sisters of Alpha Kappa Alpha Sorority, Incorporated (AKA), Harris’ title as vice-president-elect is a "serious matter."

A group of women from the first Black sorority takes pride in being connected to the same organization Harris is a member of.

“Alpha Kappa Alpha was founded on the campus of Howard University on Jan. 15, 1908. It was started by our driving force, Ethel Hedgeman Lyle. Her and nine other ladies got together to try and save the world,” Shari McCoy told WUSA9.

The organization has since grown to include more than 300,000 members and more than 1,000 chapters worldwide.

Harris was initiated into AKA at the same campus where it was founded and where she graduated, Howard University in Washington, D.C.

“It’s a feather in the hat for all HBCUs,” said Karen Robinson, who attended Norfolk State University. “We do have a historical history of rich people that have attended all of the universities and she is an example of that.”

Harris’ win is not only significant to her sorority, schools or organizations, but to women and minorities across the board.

“She encompasses what women represent, and I feel like she is a great representation of the best of us,” Melvenia Wright told WUSA9.

“She’s the first one to break that glass ceiling so that we know that we can,” Meyers said.