North Carolina elections officials won't report any results until all polling places are closed, which is at 8:15 p.m. 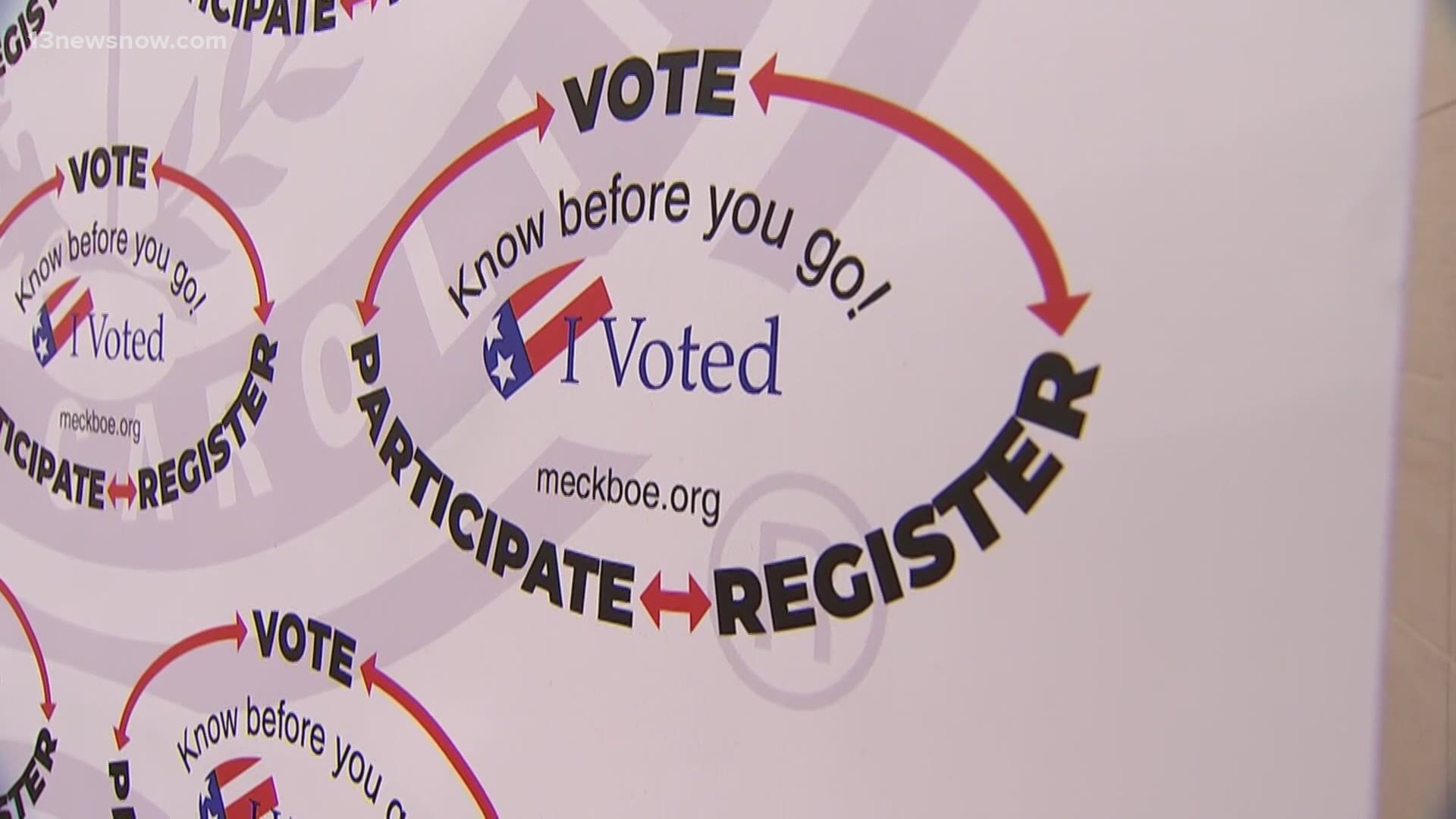 RALEIGH, N.C. — The North Carolina State Board of Elections has extended voting in four precincts that had a late start opening their polls on Tuesday.

Polling precincts in Cabarrus County, Guilford County, and Sampson County all opened late and have all been approved to stay open longer.

The extensions, which only apply to the individual precincts and not other sites in those counties, range from 17 minutes to 45 minutes and match the extra time it took to get them open.

Voting will be extended by 17 minutes to 7:47 p.m. at a polling place located at a church in Cabarrus County.

An elementary school in Guilford County was also affected, so elections officials decided to extend voting there by 34 minutes to 8:04 p.m.

Two precincts opened late in Sampson County. The first was an adult daycare center in Clinton, which had its voting extended by 24 minutes to 7:54 p.m. Voting will also be extended at a fire station precinct in Dunn by 45 minutes to 8:15 p.m.

Since the longest extension was 45 minutes, the state can’t publicly report any statewide results until 8:15 p.m.

The state’s more than 2,600 polling places are otherwise scheduled to close at 7:30 p.m. But state elections officials said in a news release last week that if hours are extended at any polls, they wouldn’t publicly post any results until all polls are closed.

The delays were at least partly due to issues with printers or other electronic equipment.

Board Executive Director Karen Brinson Bell said at a news conference in the morning before the vote was held that it’s not unusual to extend polling place hours on Election Day.