As Hillary Clinton increases her lead over Donald Trump in the final popular vote tally, more people are advocating for a change to the electoral system. 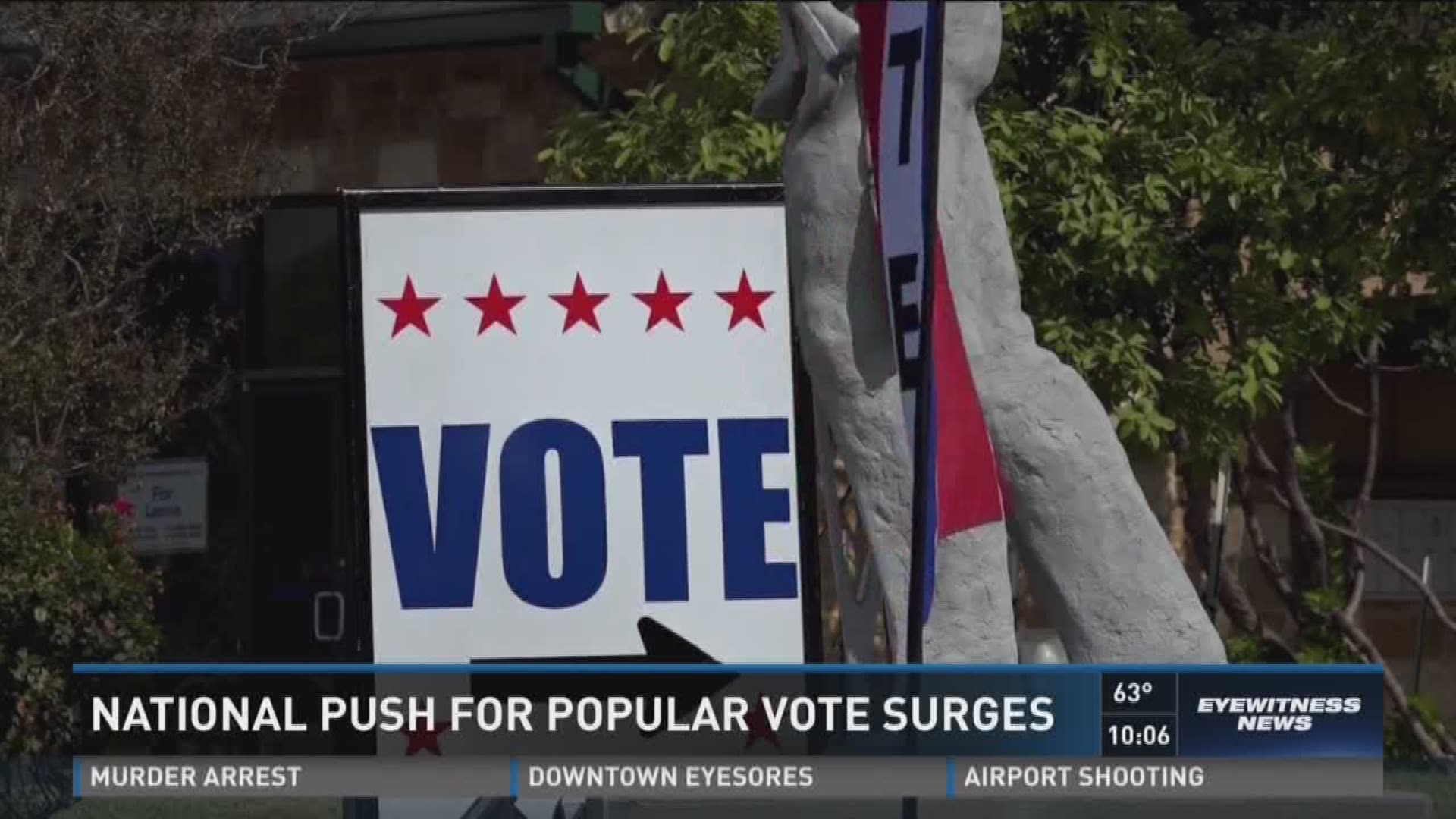 Before the 2016 presidential election, there was already a movement underway to get away from using the outdated Electoral College and instead simply use popular vote. In fact, KENS 5 introduced you to a group behind that movement and decided to re-visit them.

For the fifth time in American history, the president-elect did not win the popular vote. Even if the United States did use the popular vote in presidential elections, that’s not to say the result would be any different.

What we do know is that both campaigns would have altered their campaigns and spent more time in Texas.

“We need a system where every voter in every state is relevant,” said Pat Rosenstiel, who represents the non-profit, non-partisan group National Popular Vote.

National Popular Vote is a group dedicated to getting states to adopt a bill that would push the country to move from Electoral College to popular vote for presidential elections.

“What we’re focused on is making sure 2020 is the first campaign and the first presidential election where every voter in Texas matters as much as a voter in North Carolina,” Rosenstiel said.

And now, with the results of the 2016 popular vote and Electoral College result differing, the idea is gaining more traction.

“The energy behind this movement is a magnitude I haven’t seen in a very long time, and I guess I wouldn’t want to get in the way of it,” Rosenstiel observed.

As of Tuesday, data shows about 1 million more people voted for Hillary Clinton over Donald Trump.

No one disputes the results, but many would prefer a straight forward method with no underlying ifs, ands, or buts.

For more information on the National Popular Vote group, you can visit their official website here.