An inside look at election offices' preparations for Election Day

It’s going to be a busy weekend for election offices across the DMV as they gear up for this year’s historic election. 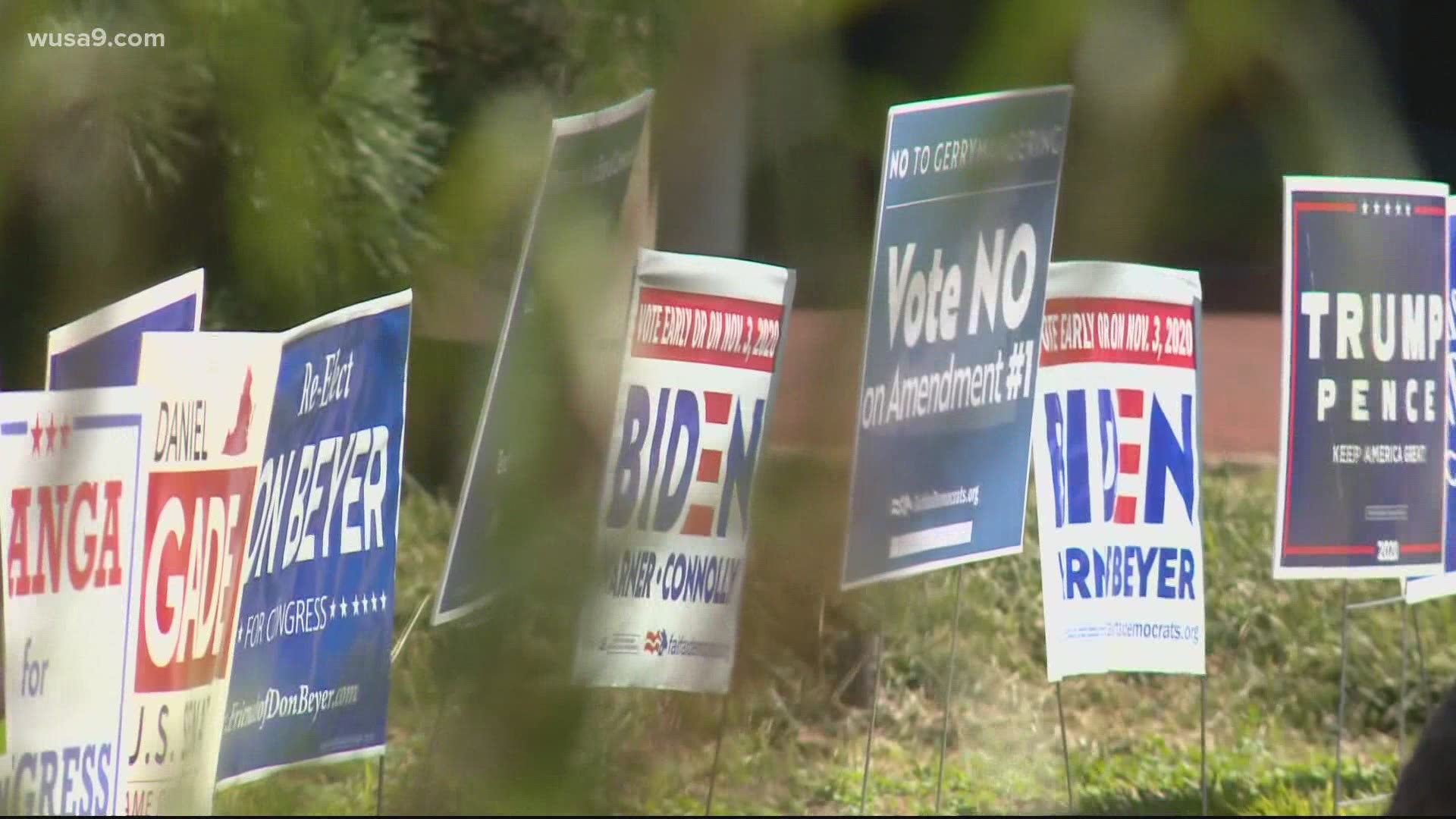 FAIRFAX COUNTY, Va. — With only a few days until the 2020 presidential election, this weekend will be busy for election offices across the DMV.

Fairfax County Director of Elections Gary Scott said by 6 o’clock on Monday morning, the majority of their preparations are in place for Election Day.

“By Monday, the preps are pretty much done. Everything has to be prepared by 6 AM Monday morning because that’s when deputies from the sheriff’s department deliver the final materials to the chief election officers,” said Scott.

“We still have to prepare our electronic poll box which we typically do on the Sunday prior to the election,” said Scott.

Scott said they will also spend the weekend making sure all polls are currently staffed and notifying the chief election officers if any volunteers became sick and there needs to be a replacement.

“All polls are currently fully staffed. We do have a reserve because people will fall out at the last minute because they will become ill or circumstances arise when they cannot work at the polls and we need to replace them. So we are set up to do that,” said Scott.

In this year unlike any other, Scott said their team has been working around the clock to keep up with the number of people voting early this year.

“A lot of the staff here in the office have been working 12 to 14 hours a day seven days a week for the last 10 to 12 weeks. They are looking forward to all this being over because some of them really do need a break,” said Scott.

Scott said they are now down to last minute preps as they reach the final weekend before the election.

If you mail back your ballot now, it may not arrive in time. Use a #ballotdropbox instead. Boxes are offered at all early voting sites and every polling place on Nov. 3.#vote2020 #vote #voteearly #earlyvote #election2020 #2020election pic.twitter.com/yCzMZv4vld

As they reach the homestretch, Scott said they are trying to finish early on Monday because the entire team will need to be in place by 4 a.m. Tuesday morning.

Early in-person voting wraps up this Saturday in Virginia.