More than 2.5 million early ballots had already been cast leading up to Saturday. 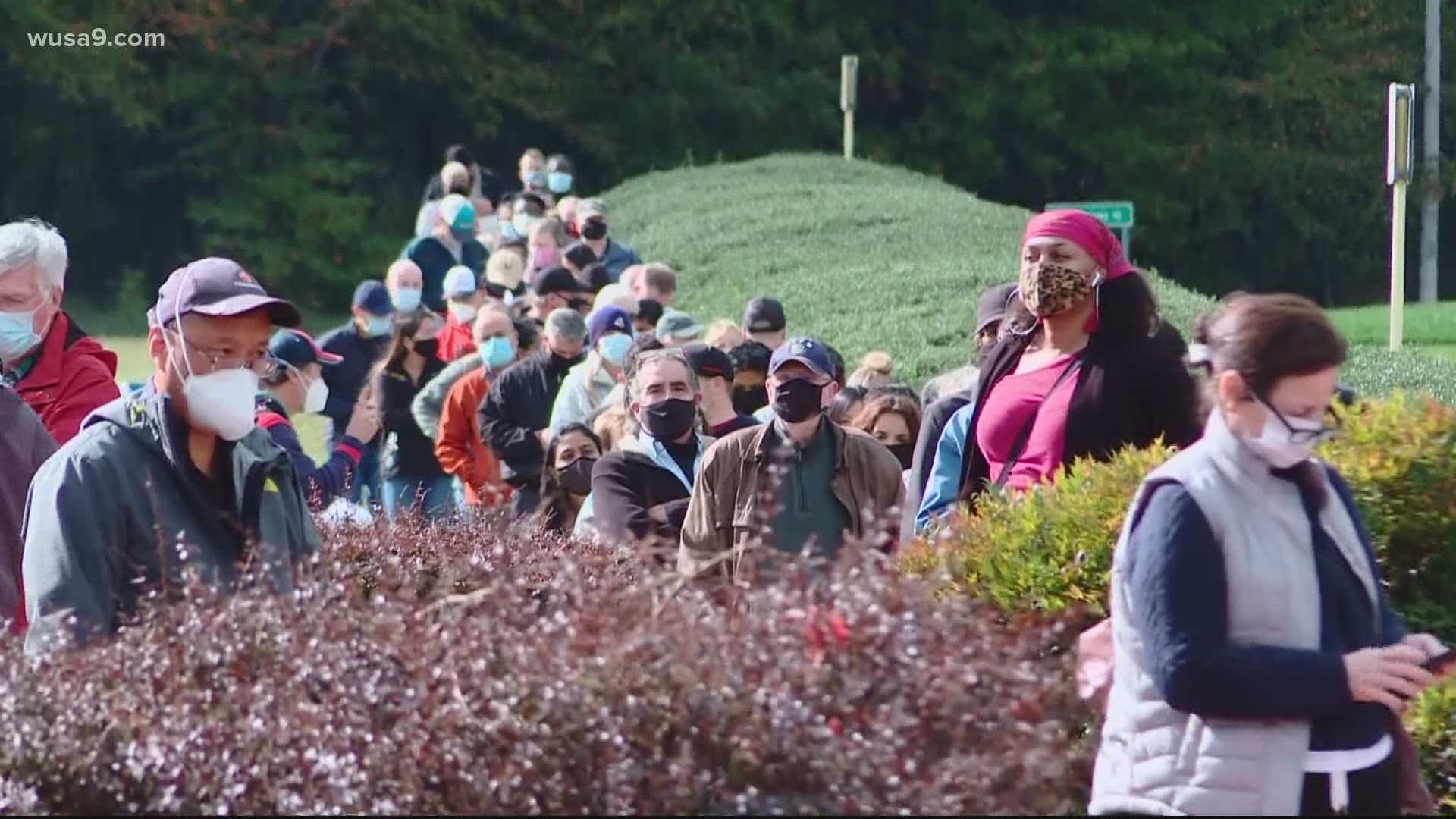 FAIRFAX COUNTY, Va. — Early voting turnout is setting records across the country and for Virginia voters hoping to be a part of that wave, Saturday was the last day to cast an early in-person ballot.

More than 2.5 million Virginians had already cast an early ballot leading into Saturday, according to state Department of Elections statistics.

Dilma Zurita was one of them.

"I already voted earlier so I am accompanying a family member, encouraging her to vote," she said outside a Fairfax County polling place.

Others, like her daughter Adriane Lopez, cast their ballot Saturday. Those who took Lopez's approach made the most of the last day of early in-person voting for Virginians.

"This election is deciding about not just my future, but my daughter's, my children's future for the next 50 years," she said.

Justin Alexander says the president has not been perfect, but he's done enough to earn his support.

"He should probably listen to some of his advisors a little more and maybe learn how to talk in public but...he'll get my vote," said Alexander.

More than 2.5 million ballots have already been cast in Virginia in #Election2020

Per @vaELECT as of Saturday morning. More will come today, as voters take advantage of last day to vote early in person in VA

If you're registered in Virginia and you still haven't voted, you're not out of options.

You can still vote early with an absentee ballot if you already have one. However, Fairfax County Director of Elections Gary Scott encourages you to return it in a ballot drop box instead of mailing it now that election day is so close.

"If you got that mail in ballot, you're going to save yourself a lot of time and a lot of trouble if you just take it to the closest drop box and deposit it," he said. "Don't mail it at this point."

There are lots of different ways to cast a ballot this year. But Zurita says, when it comes to voting, the most important thing is just that you do it.

"It's worth it," she said. "You're spending just a couple of hours for the future of the country."

Maryland and DC voters can cast an early in-person ballot through November 2.

RELATED: An inside look at election offices' preparations for Election Day