On DC's first day of early voting the World Central Kitchen team was at Capital One Arena, the Entertainment Sports Arena and Nats Park serving meals to voters. 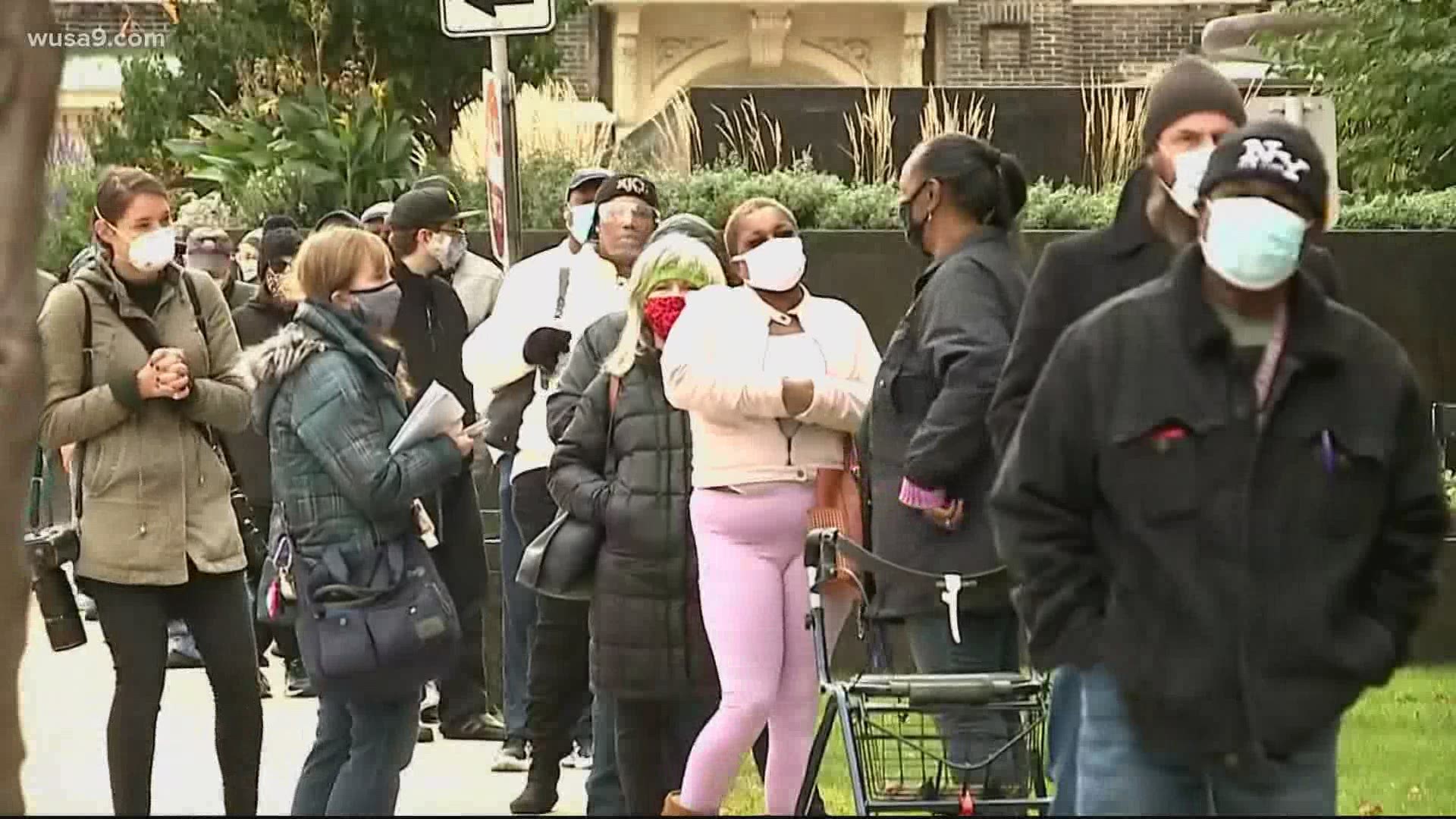 WASHINGTON — It's the first day of early voting in D.C. and chef-turned-humanitarian José Andrés is doing what he does best: feeding the people. As District residents showed up to the polls to cast their ballots, Andrés and his World Central Kitchen team were there, ready to hand out coffee, pastries, sandwiches, pizza and more to make the long wait times a bit more bearable.

Andrés has brought his newest initiative, "Chefs for the Polls," across the country, sending his teams to feed voters in Dallas, Virginia Beach, New York City, Chicago, Indianapolis and Miami. It’s an effort to keep voters from feeling the pangs of hunger, possibly leaving their poll places before casting a ballot.

“It is a little bit different than what we usually do, which is, responding to disasters and emergencies, crises,” World Central Kitchen CEO Nate Mook said. “But at the end of the day, it’s still about getting food to people in a challenging time.”

RELATED: Early voting starts today in DC. Here's what you need to know

First day of early voting in DC! The line wraps around the block at the @Nationals Park super site, and we are handing out coffee & pastries to get the morning started! ☕️ 🥮 WCK teams are serving fresh meals near multiple polling sites across the city today. #ChefsForThePolls pic.twitter.com/pwkPgQGt8m

World Central Kitchen partnered with local restaurants, such as The Roost, Plum Good, Meals of Dopeness, &Pizza and Colada Shop, to bring free empanadas breakfast sandwiches and pizza to hungry voters, who were facing wait times up to several hours.

“Everyone should be able to participate, and we didn't want food to be a barrier,” Mook said. “We also wanted to use food as a way to create a sense of community around voting. We’re going to pursue that to ensure no one leaves the polls, leaves their chance to vote, simply because they need to eat.”

QUICK REPORT with WCK's Emma & Kerri in Anacostia, Washington, DC! 🇺🇸 Kerri is a poll worker at the Malcolm X Opportunity Center where we've set up with free meals for the community. Our team is serving up hot, fresh pies from our friends @andpizza! #ChefsForThePolls pic.twitter.com/iQaDasnDwC

"We're not going anywhere until the last person leaves, and they won't be hungry, thanks to [World Central Kitchen,]" Kerri, a poll worker in Anacostia said.

Mook said the nonprofit will serve communities in D.C. Ward 7 and Ward 8, as well as polls in Prince George’s County. The charity will also dispatch chefs and meals to one of the largest voting centers in Maryland at FedEx Field.

#VoteEarly line is already a couple blocks long at @CapitalOneArena in DC! But moving fast...lots of machines here so don’t worry! @WCKitchen will be here with meals all day...about to hand out breakfast sandwiches from @theroostdc! #ChefsForThePolls pic.twitter.com/VGrhodn9vy

"Chefs For The Polls is a non-partisan effort that will feed people of all political parties and beliefs," its website says. "Meals are not offered as an incentive or reward for voting; rather, meals will be available at polling sites for anyone who is hungry."

LINK: Click here to donate to World Central Kitchen’s Chefs for the Polls.

D.C. has 32 early voting centers open through Nov. 2 from 8:30 a.m. to 7 p.m. Six of those locations are super vote centers, which the DC Board of Elections said means they can handle double the capacity, so about 100 people at any given time.