The former vice president is the projected winner in at least seven states, including Virginia, on Super Tuesday. 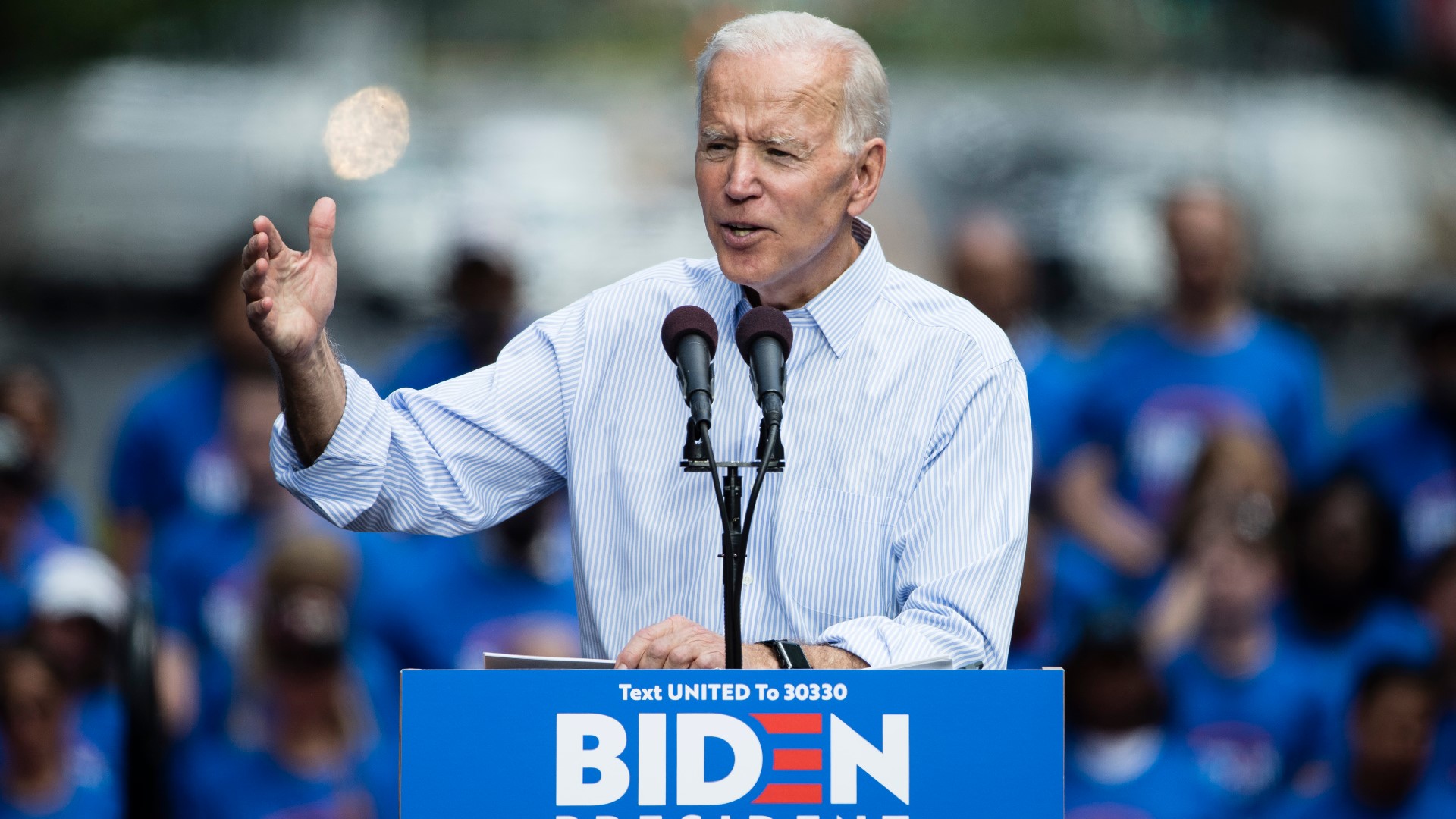 Biden locked up 53 percent of the commonwealth's vote. He was trailed by Sen. Bernie Sanders at 23.1 percent, Sen. Elizabeth Warren at 10.77 percent and former New York City Mayor Michael Bloomberg at 9.67 percent.

Biden, who served as vice president of the United States from 2009-2017 in the Obama administration, launched his presidential run in April 2019.

Before joining the Obama administration, Biden served for more than three decades in the U.S. Senate, representing Delaware. He spent part of his time in Congress as chair of the Senate Foreign Relations Committee, and eight years as the chair of the Senate Judiciary Committee.

The passage of the Affordable Care Act, the implementation of the Recovery Act to stabilize the economy and traveling to more than 50 countries, are among the accomplishments Biden touts during his tenure as the former vice president.

"The world is facing inescapable challenges," Biden wrote on his campaign website. "The next president must repair our relationships with our allies and stand up to strongmen and thugs on the global stage to rally the world to meet these challenges." 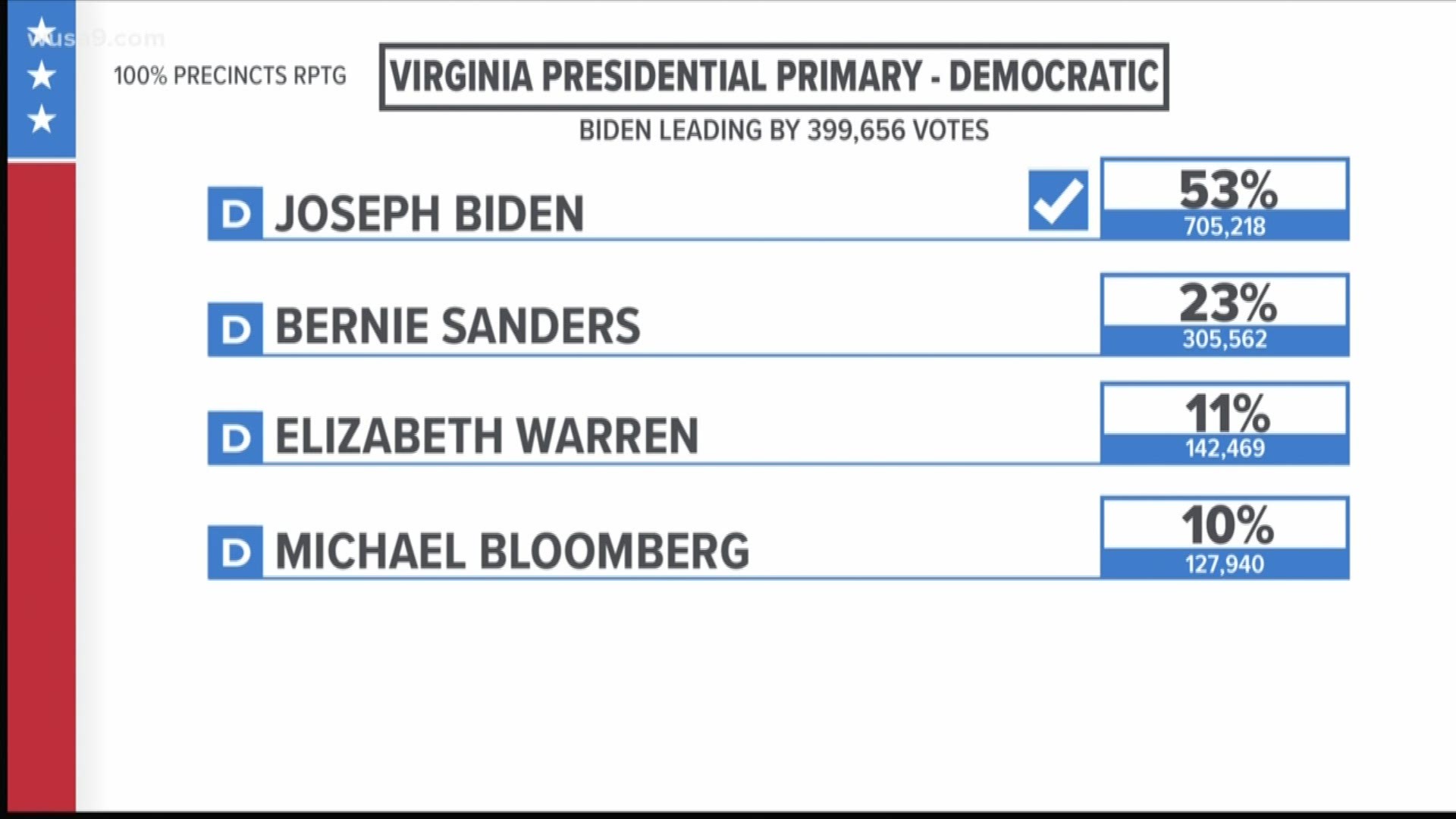 Among his policy proposals: Banning the manufacture and sale of assault weapons and high-capacity magazines, protecting the Affordable Care Act by giving Americans more choice and reducing healthcare costs, and ensuring the U.S. reaches net-zero emissions no later than 2050.

"We're in a battle for the soul of America," Biden wrote on his website. "It's time to remember who we are. We're Americans: Tough, resilient, but always full of hope."

McAuliffe announced the endorsement on Saturday.

"We can't afford four more years of Donald Trump's hate-driven chaos and Joe Biden is the candidate with the character experience, and broad appeal to defeat him," McAuliffe said. "Joe Biden has been a friend of Virginia Democrats and my friend for decades, and I am proud to endorse him."

RELATED: By the numbers | How Virginians voted in the Democratic primary