'If there was a third party candidate, I would choose them' | Washington County voters weigh in on the presidential election

We talk with voters outside of the "beltway" about the issues influencing their vote for president. 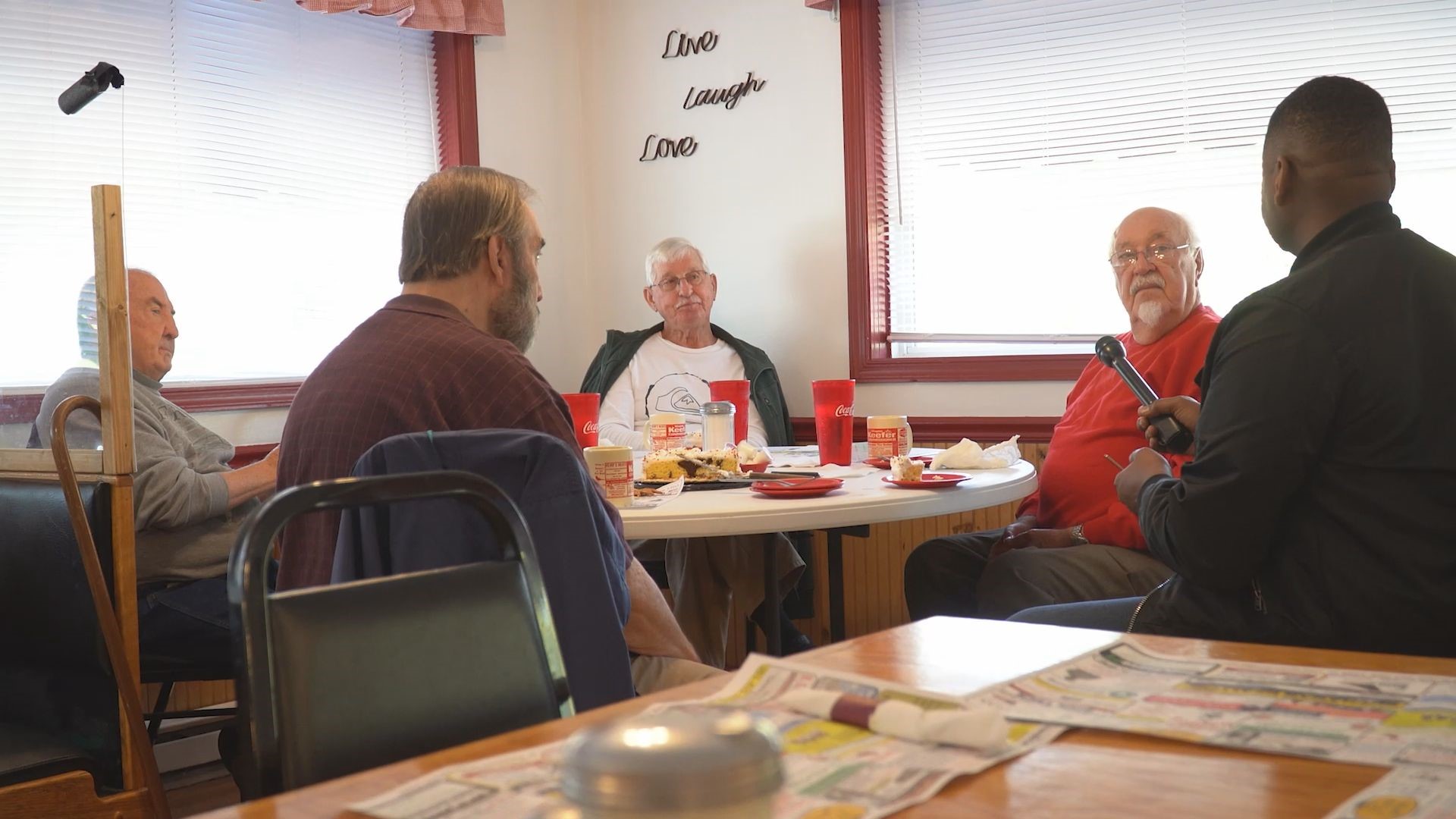 WASHINGTON COUNTY, Md. — When you walk into Boonie's at the Red Byrd, you instantly feel like family. Every person at a table offers a smile or nod "hello" as you head to your table. Veteran waitresses greet you with a steaming pot of coffee. There's a lot of Southern hospitality in this Keedysville, Maryland, establishment. Its charm made it the perfect place to talk with voters about their interest in, excitement  about or even disgust with the 2020 Presidential Election.

Keedysville is located in Washington County. The county largely voted for then-Republican nominee Donald Trump in 2016. More than 60% of its voters favored Trump, data from the Maryland Board of Elections shows.

But after nearly four years of Trump being in office, will his Keedysville supporters continue to support him, or will they support the alternative, former Vice President Joe Biden?

Credit: WUSA 9
Long-time friends Harold Robertson, Gary Moser, Nelson Baker and Roy May talk with WUSA9 about the upcoming election at Boonie's at the Red Bird.

Robertson started the conversation. He was also celebrating his 76th birthday. He and his three friends meet every Tuesday morning for breakfast. He's a lifelong Democrat and voted for former President Barack Obama in both 2008 and 2012.

"I loved the man. And when I get into an argument with a Republican about that, I keep telling them, 'You'll find out him and Mrs. Obama are going to be two of the smartest people that were ever in the White House,'" said Robertson emphatically as he took another bite of birthday cake.

In 2016, he broke from his usual form and voted for Trump.

When asked what made him vote for Trump over Democrat Hilary Clinton he said simply, "Hilary."

"I'm not anti-woman. I mean... Mrs. Obama... I would love to have her as president or somebody like her," he said.

He's no fan of Clinton and felt that Trump could finish the economic recovery that started under the Obama administration. But after four years in office, he hasn't been pleased with the results.

"He's rude, crude, insensitive, and that's on a good day," he said.

Roy May sees it differently.

May supports Trump because of the country's economic performance prior to the pandemic.

"As much as it would defeat the whole purpose of a democracy, if there was a third party candidate, I would choose them," he said. "There's a big part of me that feels that Biden will just be a puppet, so to speak.  And I can't stand the chatter that comes out of the White House."

We should note that there are third party candidates running this year: Green Party nominee Howie Hawkins and Libertarian Party nominee Jo Jorgensen. Rapper Kanye West will also be on the ballot in some states as an independent candidate, although not in Maryland, D.C. or Virginia.

Gary Moser admitted he is somewhat undecided but is leaning more for Trump than Biden.

"If he keeps his mouth shut [I'll vote for Trump]," he said.

The four friends are affected by the issues that impact most Americans, like the economy, health care and the coronavirus pandemic.

It's the economy, however, that appears to be driving their vote for president. While they're split on Trump's handling of COVID-19, they all agree he should leave the virus discussion to the scientists.

"If he would just put it in the hands of the people that know what they are talking about and shut his mouth..." Nelson said.

For Harold, Gary, Roy and Nelson, another Tuesday morning goes on as it has for the last four years.

Although they're divided in their politics, they're banded together as friends.