The group "The Ladies of Howard University" started during the pandemic and has now raised money to offer female Howard students scholarships. 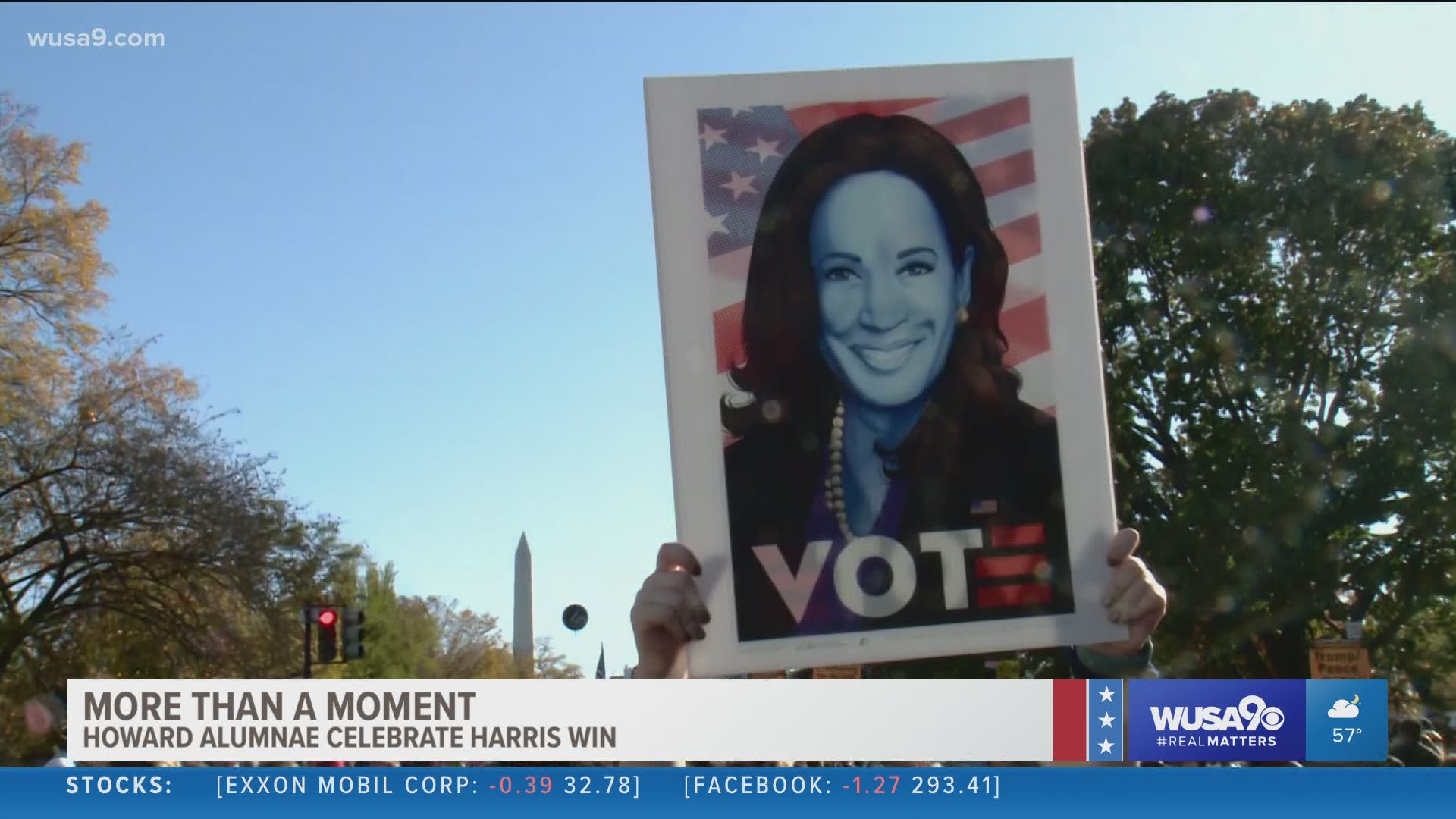 WASHINGTON — A day after Kamala Harris was announced as the projected winner of the vice presidency and Joe Biden winner of the presidency, the group "The Ladies of Howard University" celebrated their sister on Black Lives Matter Plaza.

“This is our ancestors’ wildest dreams that we stand here today, in this moment in history, to right the wrongs of history moving forward as a nation," Michelle Robertson, one of the executive committee members and Howard graduate.

Robertson said Camille Franklin started the group by reaching out to other Howard grads like Robertson at the start of the pandemic, in hopes to connect with other female alumni. Eight months in, the Facebook group has more than 10,000 members all over the country.

Robertson said they're all thrilled that Harris, a Howard graduate, will represent their alma mater in the White House next year.

“I think that people are really starting to understand just the power that is delivered from an HBCU for education," fellow graduate Shivonne Odom said.

RELATED: A tale of two first-time voters: a new citizen for Biden, the other compelled to keep Trump in office

Regardless of politics, this is why representation matters.

This is 8 y/o Lola Adelekan's reaction to learning @KamalaHarris is projected to be the next #VP.

“We are all so very proud of how much we could do to help get her to this place and also what she represents and what she will give back," Howard alumnus Wendy Hamilton said. "So many little girls are waking up across the country saying it is possible. I can be anything I want to be because she looks like me.”

One of those little girls joined her mom at the plaza to celebrate the milestone. Eight-year-old Lola Adelekan said she danced with her grandparents on their lawn yesterday when they heard the news.

Her mom, Addie Adelekan, and grandparents all graduated from Howard University.

Lola is now aiming for the presidency.

“We know there’s more work to be done," Hamilton said. "We know that this isn’t the end. This is just the beginning”

Odom has high hopes for the next four years in terms of healing the nation and empowering its citizens.

The Ladies of Howard University is working toward helping other women climb to the top through scholarships. They fundraised more than $50,000 so far this year to eventually create an endowment for female Howard students.

Robertson said their first two recipients will receive $5,000 at the start of the Spring semester.