Here's what you need to know about early voting in DC

32 early voting centers will be open throughout the District starting Tuesday at 8:30 a.m. 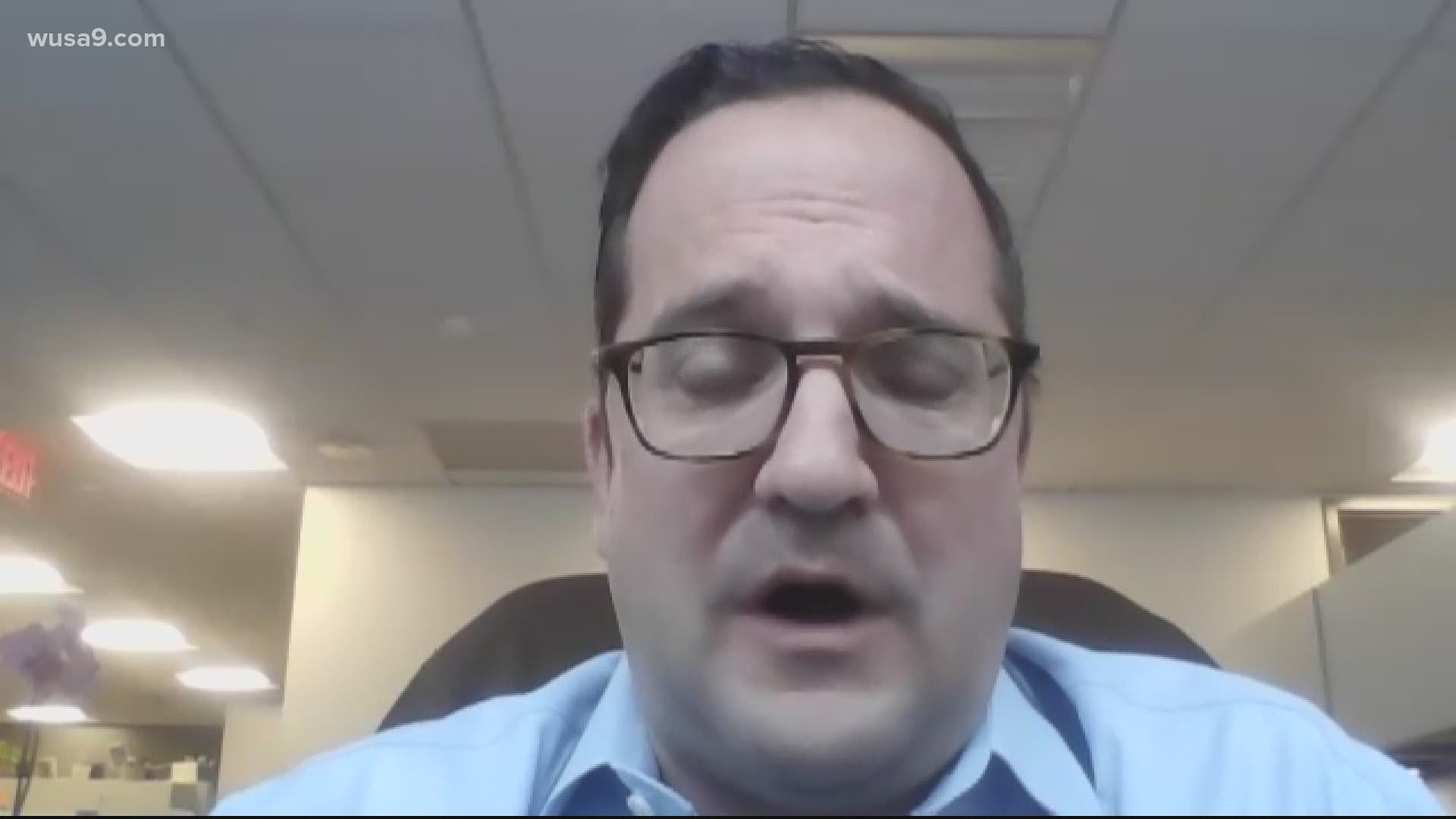 WASHINGTON — Early voting begins in D.C. on Tuesday at 32 centers throughout the District for those who prefer to vote in person.

Six of those locations are super vote centers, which the DC Board of Elections said means they can handle double the capacity, so about 100 people at any given time.

The BOE said there were only 20 polling locations open for the primary election. Lines wrapped around the block as voters waited for hours to cast their ballots.

Election officials have expanded the locations for early voting, hoping to resolve some problems.

The BOE sent every registered voter in D.C. mail-in ballots that they can send back through USPS or drop off at a ballot box. As of Thursday, BOE data shows 124,621 ballots have been received -- about two-thirds of which were dropped off in ballot boxes. 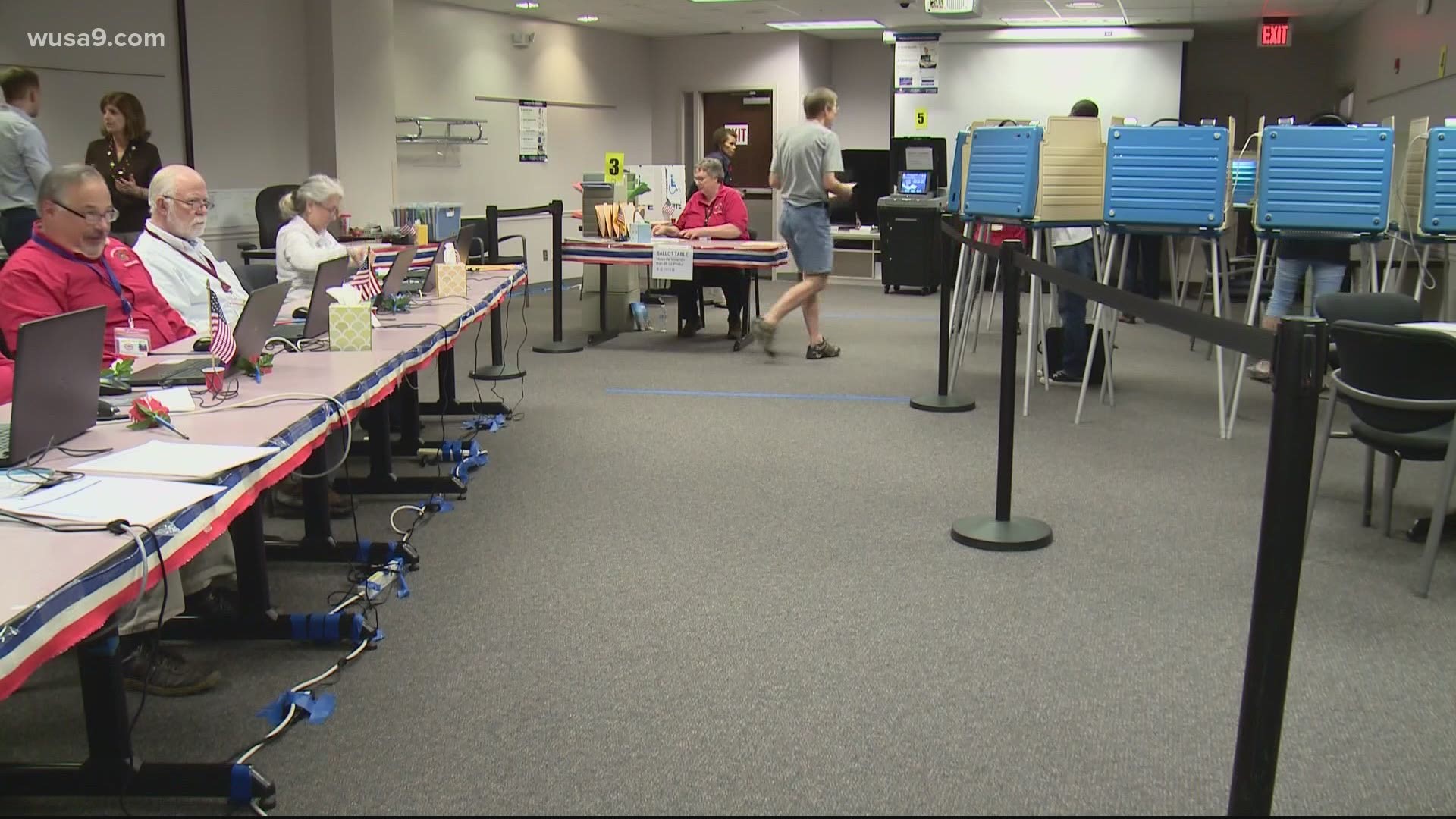 DC Board of Elections spokesperson Nick Jacobs answered voter questions ahead of the big day.

Question: Do voters have to bring their mail-in ballots when voting in-person?

Answer: “To clear up one little item that has been a small source of confusion, you do not need to bring your mail-in ballot to vote in person," he said.

Question: Will voting in person affect how quickly a voter's ballot is counted?

Answer: “The process of counting will not be impacted in any way, which is to say if you’ve mailed in your ballot, we are working through all of those ballots, processing them and tabulating them on a rolling basis," Jacobs said. "In terms of actually casting that ballot, there’s no difference one way or the other. If you cast your ballot by mail and perhaps forgot…we will catch that. We will have a record that you already voted.”

MAP BELOW: DC early voting locations are marked in green

Question (from a reddit user): Can voters cast their ballots at a vote center not located in their ward?

Answer: “Absolutely," Jacobs said. "That is the one thing we’ve incorporated in voting this year. And it’s been true with drop boxes as well and remains true with early voting centers and election day. You are not limited to what had been your traditional vote center or precinct. You can cast your ballot in any center.”

Question: What COVID precautions is the BOE taking to keep voters safe?

Question: For those who do not want to mail in a ballot or go inside a vote center, the BOE is offering a curbside voting option. What does that entail?

Answer: “You can pull up in front of a vote center, and someone can come out and they’ll be able to vote within your car," Jacobs said. "That’s useful for seniors and others if they’re having mobility problems.”

Question: Can an eligible voter register to vote at a center the same day? If so, what do they need to bring?

Answer: Yes. They need to bring one of the following proofs of residence:

At the end of the day, Jacobs is asking voters for patience.

"We’re dealing with unprecedented volume and unprecedented circumstances for voting this year, so we have put in a number of procedures to deal with this, so we ask people to be patient," he said. "We are doing everything possible to enable voters to cast their ballots in as age, healthy secure way and to process and count those ballots as quickly, efficiently, and accurately.”