D.C. elections officials said they don't need the arena as a polling place at this time. 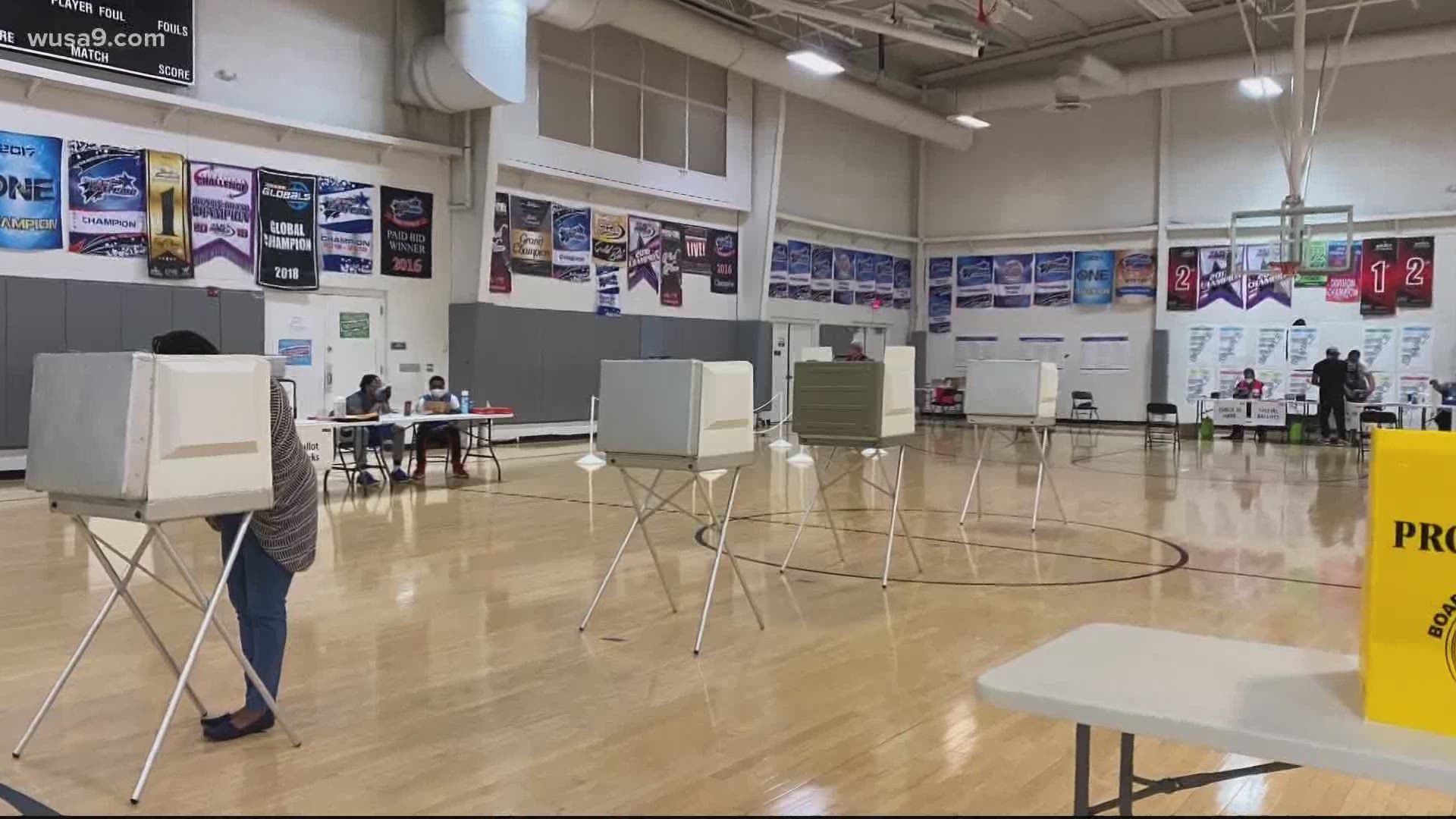 WASHINGTON — Long lines, social distancing concerns, and mail-in ballot issues were just a few of the problems that plagued voters in the District during last month's primary elections.

"275 voters in a line wrapped around my polling place. My mail-in ballot never arrived despite making a city-imposed deadline. An extremely high number of requests this year but a huge failure by DC Board of Elections to process them in time" WUSA9's Delia Goncalves said on Election Day.

In an effort to help cut down on those issues, Washington's NBA and WNBA teams offered their home hardwood as a polling place.

D.C. elections officials told WUSA9 that they don't need the arena as a polling location and that all of their polling places open and accessible.

It's become something of a trend of late for teams to offer their arenas as polling places.

The Atlanta Hawks recently teamed up with county officials there to make State Farm Arena the largest polling site in state history, according to the Washington Post. The arena will be used for an August run-off election as well as a site for early voting in November's election.

The Detroit Pistons also announced plans to make their training facility and headquarters polling places for the November election.

The hope is that the large, centrally located arenas will help people safely get to the polls to vote while still practicing social distancing amid the coronavirus pandemic.

In D.C. and Maryland, leaders have pushed mail-in voting to curb the spread of the coronavirus while voting.

RELATED: DC to allow incarcerated felons to vote from prison