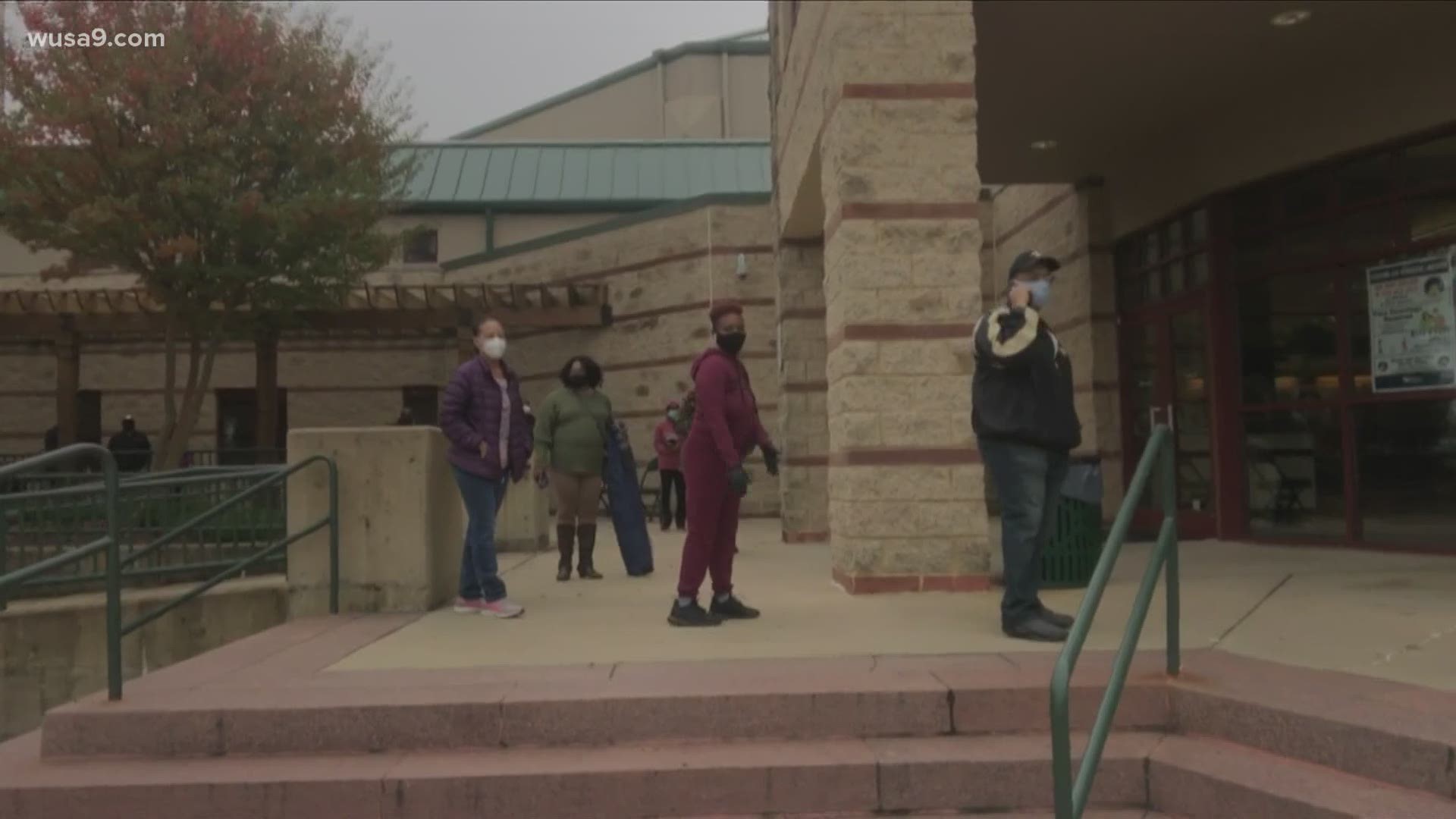 LARGO, Md. — Lines have been short at most in-person polling locations in Prince George’s County thanks to heavy early voting turnout, according to county leaders.

At least 60 percent of voters had already cast their ballots by mail, drop box, or early in-person voting by the time polls opened at 7 a.m. Tuesday, according to figures from the board of elections.

Turnout Tuesday was described as slow but steady at the county’s 41 Election Day Vote Centers where lines were rare and waits were short.

The voting centers included FedEx Field, which was prepared to receive tens of thousands of voters if necessary, only had 450 turn up by noon.

“Oh my goodness, this was awesome,” exclaimed voter Jasmine Burriss. “In years past it has never been this pleasant to vote.  It was really amazing.”

More than 275 precinct voting locations in the County were consolidated into the dramatically smaller number of vote centers for the elections to mitigate the risk of spreading the COVID-19 virus.

The county continues to leads the state of Maryland in cases with more than 33,000 cases, according to the Maryland Department of Health.

Before polls opened Tuesday, at least 331,443 voters had already cast ballots, according to Gina Ford, a spokesman for the county.

The total included 129,715 who voted early in-person and at least 220,000 vote by mail ballots already returned via the US Postal Service or drop boxes, Ford said.

Ford added that as of Monday, approximately 47,000 requested vote-by-mail ballots had still not been returned in Prince George’s.

County Executive Angela Alsobrooks joined Maryland elections authorities in urging voters who have not yet returned vote-by-mail ballots to use drop boxes rather than the mail to ensure they are received in time.

Alsobrooks said the heavy early turnout and the enthusiasm for voting Tuesday in the majority African-American county is a sign that black voters nationwide will ultimately turn out in large numbers.

“I've almost seen nothing like it before.” Alsobrooks said. “People are so motivated. We're just saying that people have been undeterred. They have a lot to say, given everything we've seen around the country and they're saying it right here at the ballot box.”