The former vice president has said he is interested in pursuing a "public option" for American health care. 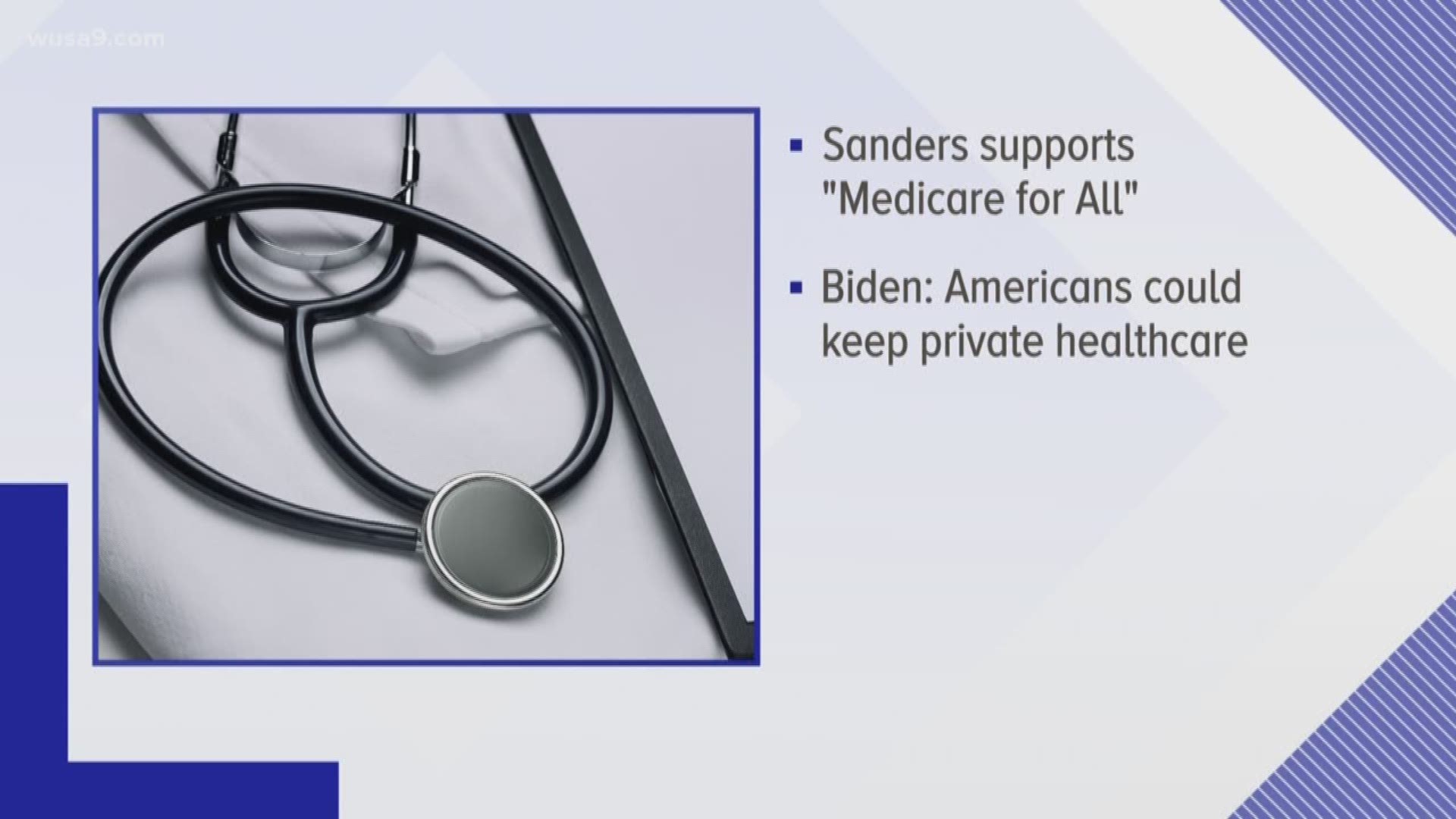 WASHINGTON — Health care was one of the biggest issues on the minds of Virginians on Super Tuesday.

WUSA9 decided to take a look at former Vice President Joe Biden's health care plan after he collected the most votes in the Commonwealth's primary Tuesday night.

Biden has repeatedly said he wants to improve the Affordable Care Act. That may not come as a big surprise given Biden was vice president when the Obama administration passed that historic health care legislation ten years ago this month.

Much of Biden's plan revolves around creating a "public option".

The Biden campaign has said it envisions the federal government offering a "medicare-like" alternative for Americans who can't afford private insurance.

Now, you may be curious, how a Biden presidency would impact your private insurance plan.

This is one of the key differences between Biden and the runner-up Tuesday night in Virginia, Vermont Senator Bernie Sanders.

Sanders supports a "Medicare for All" solution, which would basically create a national health insurance program for everyone in the country.

RELATED: By the numbers | How Virginians voted in the Democratic primary

Biden says, under his plan, Americans would be able to keep their private insurers if they choose to do so.

Biden has said he wants to limit the launch prices for drugs that have no competitors and improve the supply of quality generic drugs on the market.

RELATED: 14 states are voting on Super Tuesday. Here are the results so far.