Many voters at Arlington bar made up their minds before debate, now feel frustrated after that fact

Multiple Virginia voters said they were looking to see if Biden could hold his own in the debate. 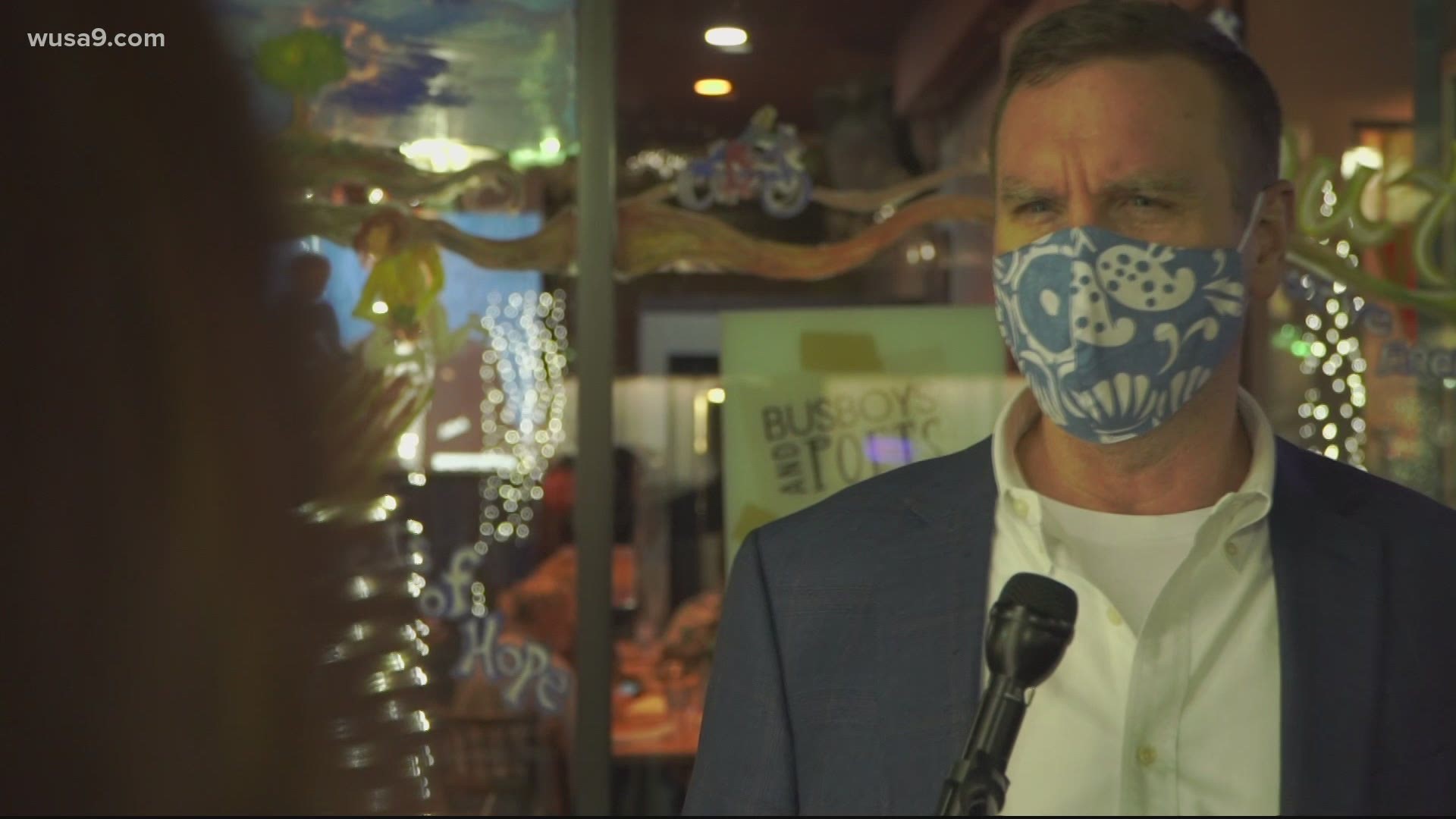 ARLINGTON, Va. — Most voters who showed up to the watch party at Busboys and Poets in Shirlington neighborhood of Arlington, Virginia,  said they had made up their minds before the debate -- and left feeling frustrated at what they saw.

"It could have changed my vote, absolutely yes, but from what I’m seeing thus far, he’s articulate," voter Stephen Haering said. "He’s able to stand up to Trump’s accusations, and I think he can lead this country.”

Haering said he voted for Hillary Clinton in 2016, but wanted to give President Trump a chance when he won the election. He said the last four years, though, have been disappointing.

Executive in Residence in the School of Public Affairs at American University and former Ohio State Senator, Capri Cafaro, said since Biden and President Trump are well-known figures, many people had made up their minds before watching the debate.

In fact, the Department of Elections in Virginia told WUSA 9 Tuesday that as of the day before, 362,243 people have been taking part in early voting, compared to 15,041 during the same time in 2016.

Cafaro said the small number of people who are still undecided fall into a variety of groups.

“Maybe some that sat out the last election… those folks that maybe were not crazy about Hillary, but feel OK about Joe Biden, and those that may have buyer’s remorse when it comes to casting their ballot for Donald Trump four years ago," she said. "So there are very few of those people, and those are the people who do not vote early. Those are the people who are going to wait until the last minute.”

I’m at @busboysandpoets in Shirlington keeping tabs on the #PresidentialDebate2020. @EJansenphotog and I will be talking to voters as they watch.

What issues do you care about? @wusa9 #debate #DebateTuesday pic.twitter.com/9yuQ8AgQfA

Voter Lacresha Morris said the debate would not have swayed her from voting from Biden, but the main issue she was listening for was healthcare.

With more debates left, many are wondering whether or not they'll impact the election, with so many voters' minds already made up.

“The debates always have some kind of bump, they have some kind of reaction, the question is how much is short-lived," Cafaro said. "You can’t necessarily create a direct correlation, but I think in this particular environment because the pandemic has limited the amount and ability for the candidates to interact with one another and to interact with the public at large, I think whoever is left that is persuadable will be looking at this to see who has the leadership skills, who’s quick on their feet, who is actually presenting plans rather than just attacking the other individual, and you know who is living up to the other person’s criticism. So I think there is a lot at stake on this debate stage tonight.”

Both Morris and Haering said they plan to vote early in-person to make sure their vote counts.

RELATED: Some MD voters worry ballots won't be counted even after USPS halt changes until after election