With the pandemic leading to more virtual campaign events this year, both Democrats and Republicans hope enthusiasm can carry over to Election Day. 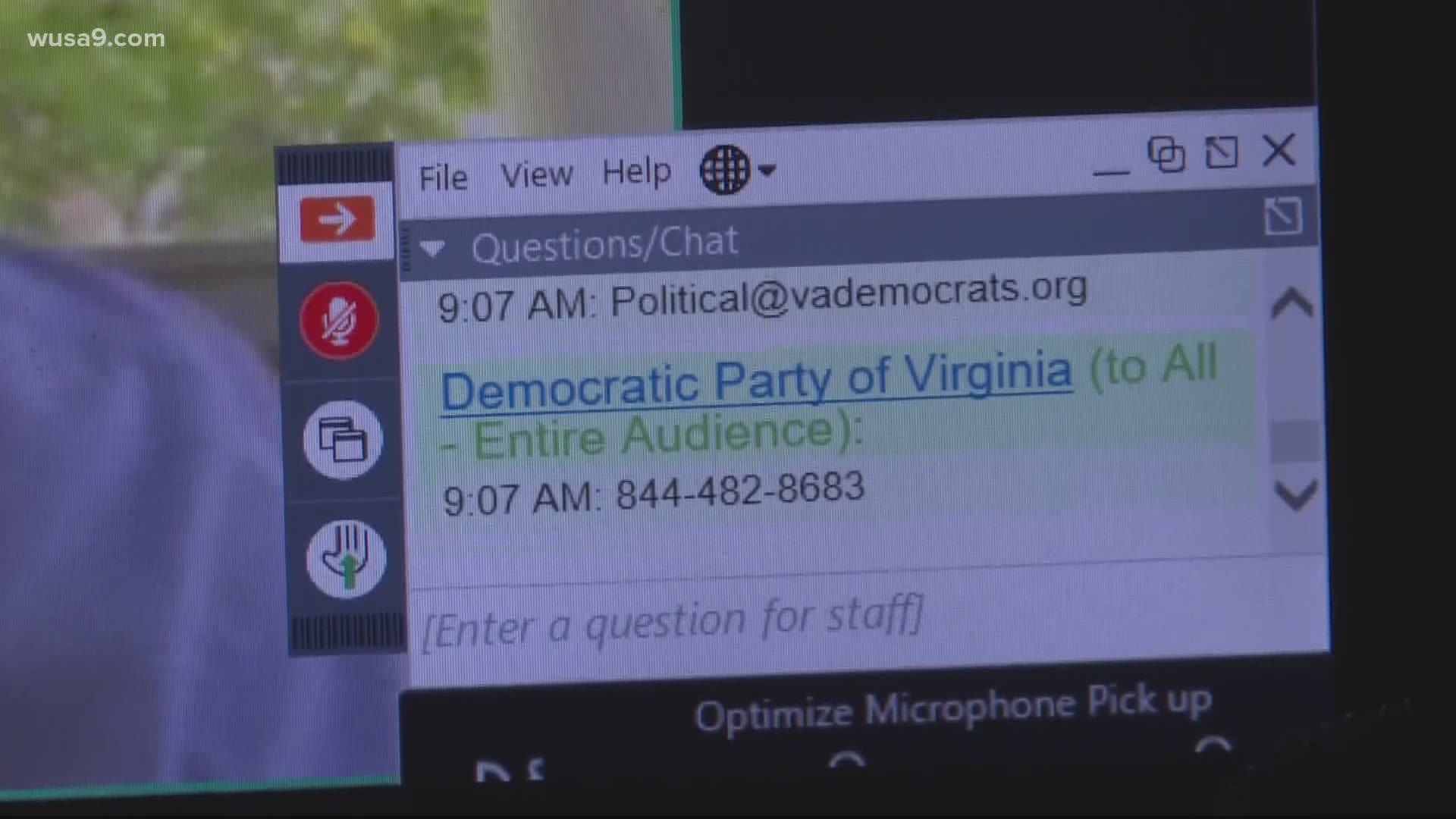 WASHINGTON — With Election Day now under 100 days away, both Democrats and Republicans plan to ramp up virtual efforts to boost enthusiasm and support ahead of voting.

This year, campaign season has joined a countless list of things impacted by the spread of coronavirus.

While summer normally brings big events and fundraisers, 2020 has brought a much different experience.

"We’ve had to stop and rethink everything that we were doing from going door to door, we can’t do that, to how we raise money," said Democratic Party of Virginia Executive Director Andrew Whitley. "It’s literally been just a whole reinvent the wheel process.”

Earlier this year, Virginia Democrats were forced to move their state convention online due to concerns over the spread of the deadly virus. 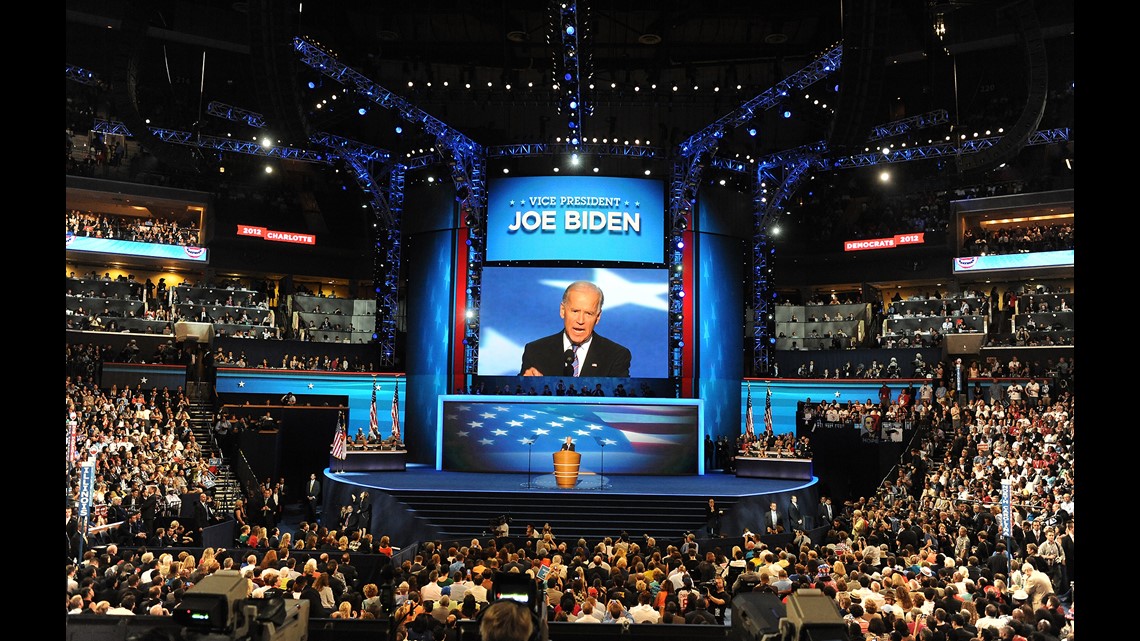 Political conventions, normally home to crowds and cheers, move online during spread of coronavirus
Like many political conventions and fundraisers now, three congressional districts held virtual gatherings on Saturday to elect delegates in Virginia. VIRGINIA, USA - Instead of attracting crowds of people in person and hearing applause and cheers after speeches, the Democratic Party of Virginia held virtual congressional district conventions on Saturday inside video chat rooms as a result of the spread of coronavirus.

Despite the challenges with moving everything online, the party added that volunteers have sent over two million text messages to voters while also holding over 2,000 virtual events and making over 100,000 phone calls.

"They’re reaching out and meeting voters where they are and where they can," Whitley said. "Given all the concerns and what’s going on, we haven’t missed a beat. Our finances are looking good. We’re still raising that money and I think that speaks to the drive folks have.”

Whitley added that the ability to hold events over Facebook or Zoom allows the party to invite special guests who otherwise might face challenges coming to the state in-person.

"Instead of asking Kamala Harris to travel all the way to Virginia, now we’re just asking her to jump on a Zoom call," he said.

In the DMV, the Fairfax GOP has held similar events and reached out to voters digitally.

"We were one of the first committees to do our meetings virtually," said 1st Vice Chairman Sean Rastatter. "We have 250 members who regularly show up in those meetings so I can tell you right now it’s a lot of work.”

Rastatter works as a software engineer in the area and has used his expertise to help boost the party's online involvement.

With the spread of coronavirus forcing more events to be held digitally, he said the experience has brought some challenges.

"It’s been a process working with older folks making sure they know how Zoom calls work," he said.

Rastatter told WUSA that the party is also going to neighborhoods to door knock while making sure to wear personal protective equipment.

"I really like communicating with voters and it’s just a very difficult experience this year," he said. "We’ve been doing a lot of phone banking. We’ve made well over 100,000 phone calls for our candidates here.”

Rastatter added that virtual campaigning could grow in the years ahead as political parties get more familiar moving events online.

For both parties, the next few months will bring even more virtual events and reaching out to voters.

With the elections getting even closer, both men said this year brought big stakes.

"We have to make sure we get Donald Trump out of the White House. It’s hard to put it into words just how much that would mean," Whitley said. "This election is all about change versus more of the same. With each passing day, the pressure gets a little bit more higher and the stakes get a little bit higher.”

RELATED: Dates of major events before the presidential election