Three gun law bills that passed through the Senate will head to the House by Feb. 11. They'll likely be assigned to the House Public Safety Subcommittee on Firearms. 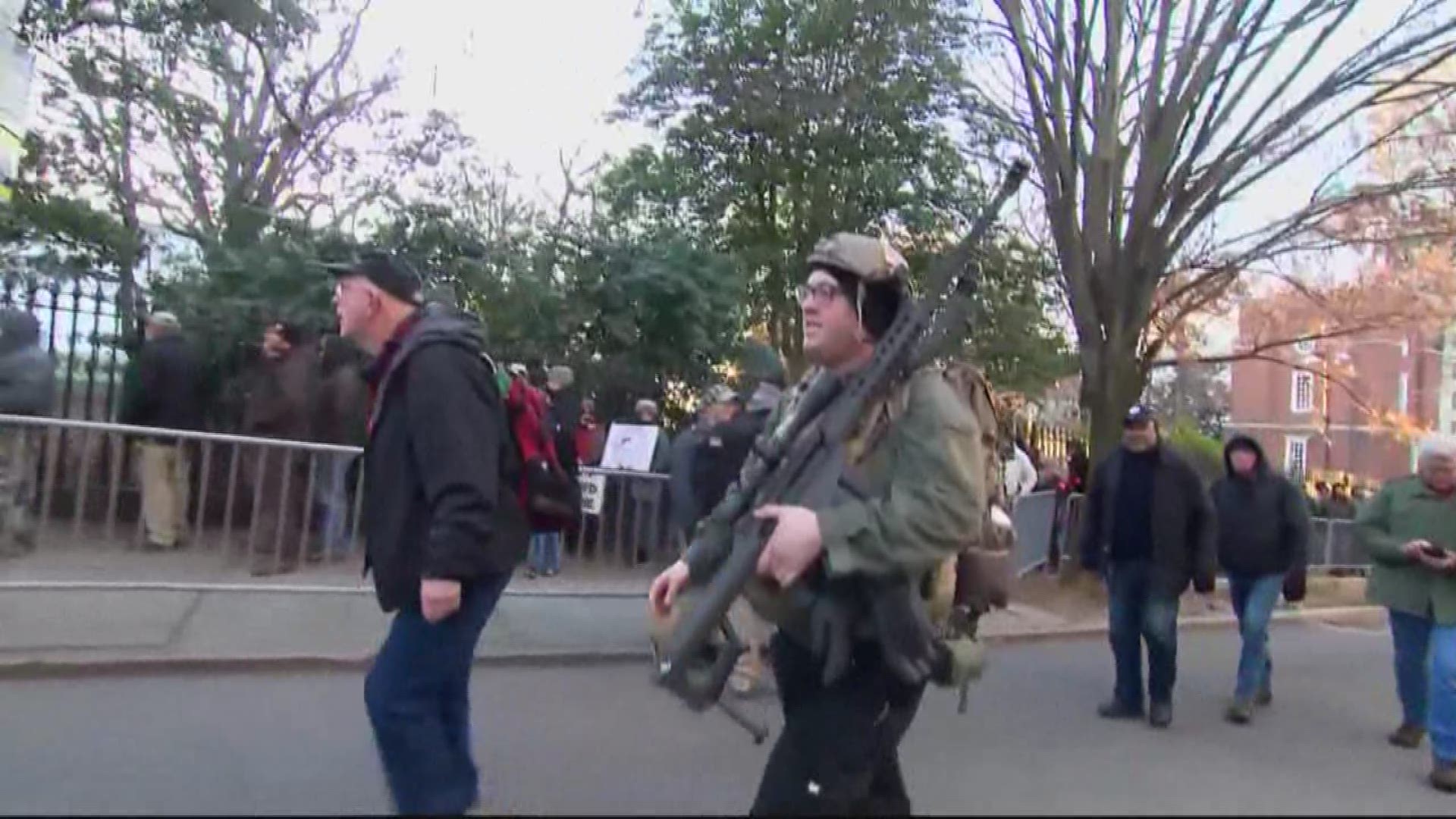 WASHINGTON D.C., DC — Approximately 22,000 people marched in Richmond on Lobby Day, according to Twitter account VACapitol2020. Among them were firearm advocates hoping to put pressure on Virginia lawmakers ahead of tighter gun laws that will be discussed in the House.

While Second Amendment enthusiasts peacefully rallied outside, House delegates met on the floor inside.

Three monumental gun bills passed through the Senate on Jan. 16. Senate Bill 70 would require a background check on any firearm transfer, Senate Bill 69 would limit a person from purchasing more than one handgun in a 30-day period, and Senate Bill 35 would authorize any locality to ban firearms or ammunition in a public space during a permitted event, or an event that would otherwise require a permit.

RELATED: March For Our Lives students slept in VA lawmakers offices ahead of Lobby Day

WUSA9 spoke to three delegates on the subcommittee to see what they took away from Monday's rally, and whether they believe it would impact decision making.

Davis is hopeful the momentum of the rally will continue.

"Recognizing the Senate bills that were anticipated to come out, that have not come out of the Senate," Davis said. "I think it'll have a similar impact on some of the extreme legislation that sits in the House."

"If the goal of the pro-gun rally was to ensure that the vast majority of Virginians who support gun violence prevention legislation didn't show up to lobby, and that they were intimated away from the Capitol, then that was accomplished," Helmer said. "If the goal was to change the mind of legislators like me, that it isn't an urgent priority to get gun violence prevention legislation, then it had no impact."

Helmer said that his platform on tighter gun laws is what put him on the ticket.

"I am very confident that this General Assembly is going to take on the measures that we ran on, that we were voted in to pass," Helmer said. "We were very clear that that is what we are running on."

"I think these types of bills relating to firearms are present every session that we come to Richmond," Bourne said. "I think it's just part of the sort of natural evolution of the legislative process, and each session."