According to the Office of Campaign Finance, White and two others filed to begin raising campaign funds. Mayor Bowser has not announced whether she'll run again. 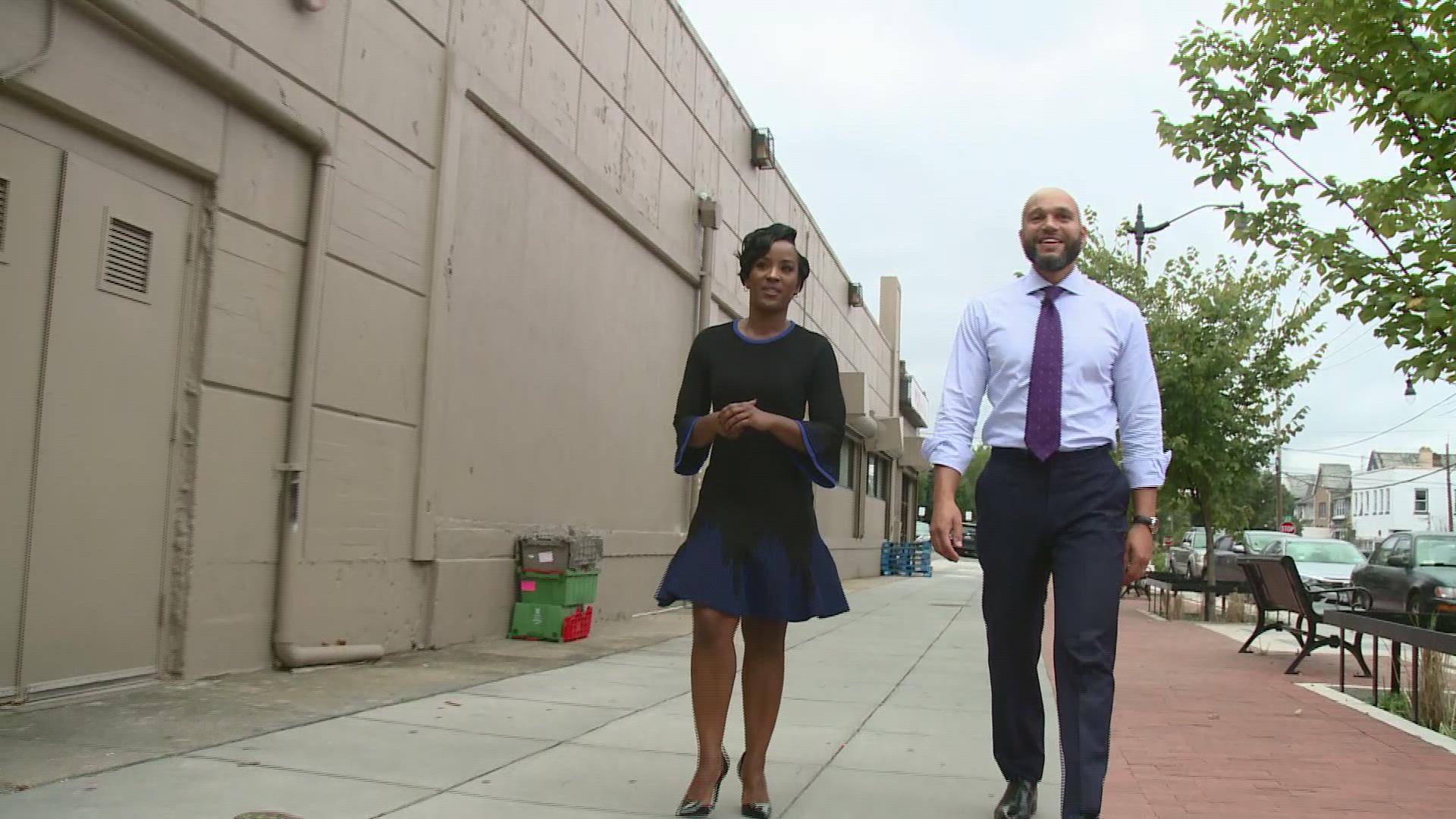 WASHINGTON — The 2022 race for the next mayor of Washington, D.C. is already picking up some steam. On Wednesday, At-Large Councilmember Robert White announced he’s throwing his name in the running.

According to the Office of Campaign Finance, White, Corrine Brown and Rodney Grant are the only three who have filed to begin raising campaign funds. Mayor Muriel Bowser hasn’t announced whether she will seek a third term or not.

When he walks the streets of his hometown, Councilmember White said he never imagined he’d one day sit on a city council, let alone ever consider running for mayor. But after five years on the DC Council, he said it’s time to be the change he -- and others -- wish to see.

“A lot of people told me that they needed hope, that they didn't see enough hope in the city," White said. "We've been looking at the potential D.C. has for a long time, but hope is slipping away."

He recalls struggling academically as a child and says a number of educational gaps from his youth have gotten wider decades later and he believes they have only gotten worse over the decades.

“Our school system is not working well for black and brown children," White said about the disparities throughout the District. "We are seeing the middle class get smaller and smaller and smaller, and we're not being ambitious enough."

Today, @CMRobertWhiteDC announced he’s going to run for Mayor of DC in 2022. I spoke with him about why he thinks he’s the man for the job. I asked him about a number of issues including how he will curb crime if he’s elected. @wusa9 pic.twitter.com/XthyRJFmeH

The gun violence plaguing the nation’s capital is at an all-time high, and so is the tension between some communities and the police sworn to protect and serve them. White said he’s also capable of bridging those gaps but has plans to address what he believes is "one of the root causes."

“Crime is a symptom and we have to at some point, get really serious about the causes," White said. "As mayor, I will decrease crime. I will make sure that we have police but also police accountability. I'll make sure that we have support systems in our neighborhoods to address issues that are going on right now. But I also know that so long as we have so much of an educational disparity in our city, and so much housing instability, we're going to have crime. So, at some point, we have to get to those underlying issues, we have to address them seriously and urgently."

He said while there are opportunities to work on this issue as a council member, he would be able to do more as the mayor.

“I have worked really hard to increase funding for alternative programs to address crime violence interrupters, job training programs, employment programs, but as mayor, I can do more," White said. "I can double down on those investments. As the leader of a government of 35,000 people, I can direct the trajectory of the government in a way that's going to work for people. That's what the city needs right now. And that's what I want to start doing on day one."

I’m calling on DM Turnage @DMHHS to pause homeless encampment clearings. We all want residents to be in safe housing, but the goal should be to do this right, not just to do it fast. We must afford all residents the dignity they deserve. Let’s focus on getting people housed.

Affordable and attainable housing has become a challenge for native Washingtonians as well as those who have relocated to the city. White said the issue has affected his family directly.

“In the past 25 years, I've seen almost my entire family priced out of the city, including my own father," White acknowledged. "On the council and as the chair of the Metropolitan Washington Council of Governments, I brought regional leaders together to address housing as a regional issue. I've introduced legislation that takes brand new approaches to housing, including converting old or older office buildings into workforce housing, increasing funding for public housing, and just recently got a bill funded to allow the government to buy apartments, existing apartments, so that we can create affordable housing more quickly. But at the end of the day, we're going to have to bring the development community to the table. Tell them our focus is workforce housing and low-income housing."

The barbershop he once worked in the heart of Petworth has served as a safe haven for him and others in the community. If elected, White said he’ll work with small businesses to not only keep their doors open but create a path to owning their properties.

“Community development means that the development and changes center around the community," the councilmember said. "That's something I've focused on, on the council. I've helped small businesses in Ward 8 buy their buildings so that they can remain a part of their community."

COVID-19 isn’t going away in the immediate future. I asked @CMRobertWhiteDC directly if he supports vaccine mandates? @wusa9 pic.twitter.com/YRGmjr9V59

The ongoing coronavirus pandemic continues to plague the city. White wants to see the government, and D.C., continue to take COVID issues seriously.

“COVID is very serious, and we have to make sure we in the government are setting a good example, but also doing everything we can to protect our residents and to chart a path forward," White said. "We need leadership on COVID that is listening to communities, understanding their challenges, understanding their needs, and responding to it. That's actually what we need across the entire government. It's time for us to rebuild the systems of government so that government is listening to people, so that government is working for people in their daily lives, people aren't having to rearrange their lives to figure out how government works. That's the type of government we need to make it through COVID. But that's also the type of government we need to move into the next century."

D.C. has nearly 80% of the eligible population vaccinated. White wholeheartedly encouraged D.C. residents to get the vaccine, but stopped short of supporting a vaccine mandate.

“I support vaccines," White said. "Vaccine mandates, we have to make sure don't start too early, because when you start with a mandate, you scare some people and it has the opposite effect that we hope it will have."

RELATED: In Virginia, no Trump on the ballot and a toss-up governor’s race only 1 month away

RELATED: Baker and Navarro: Is this Maryland’s tomorrow? 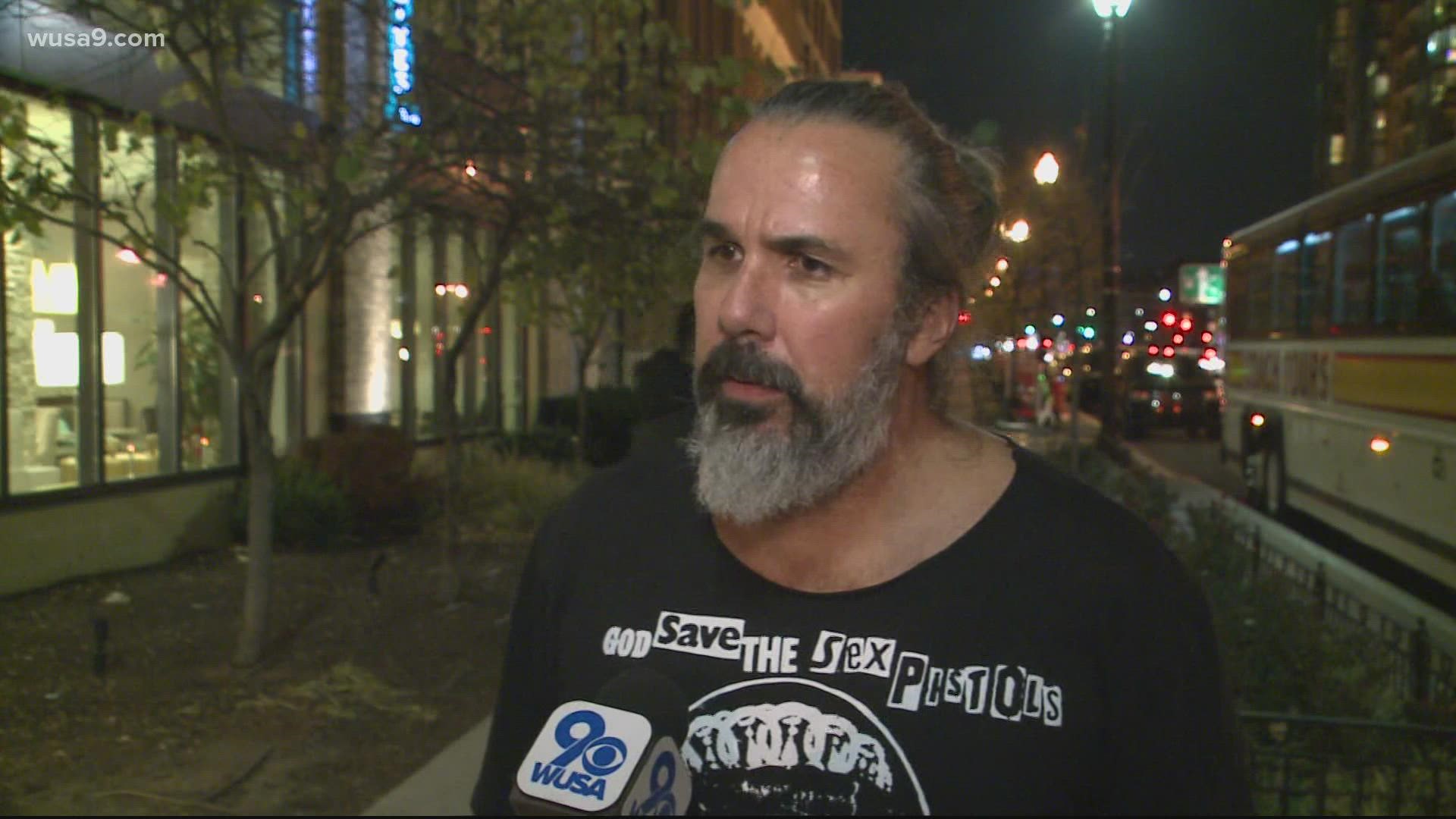