Projected wins on the DC Council mean a gender and racial shift is coming to the council. 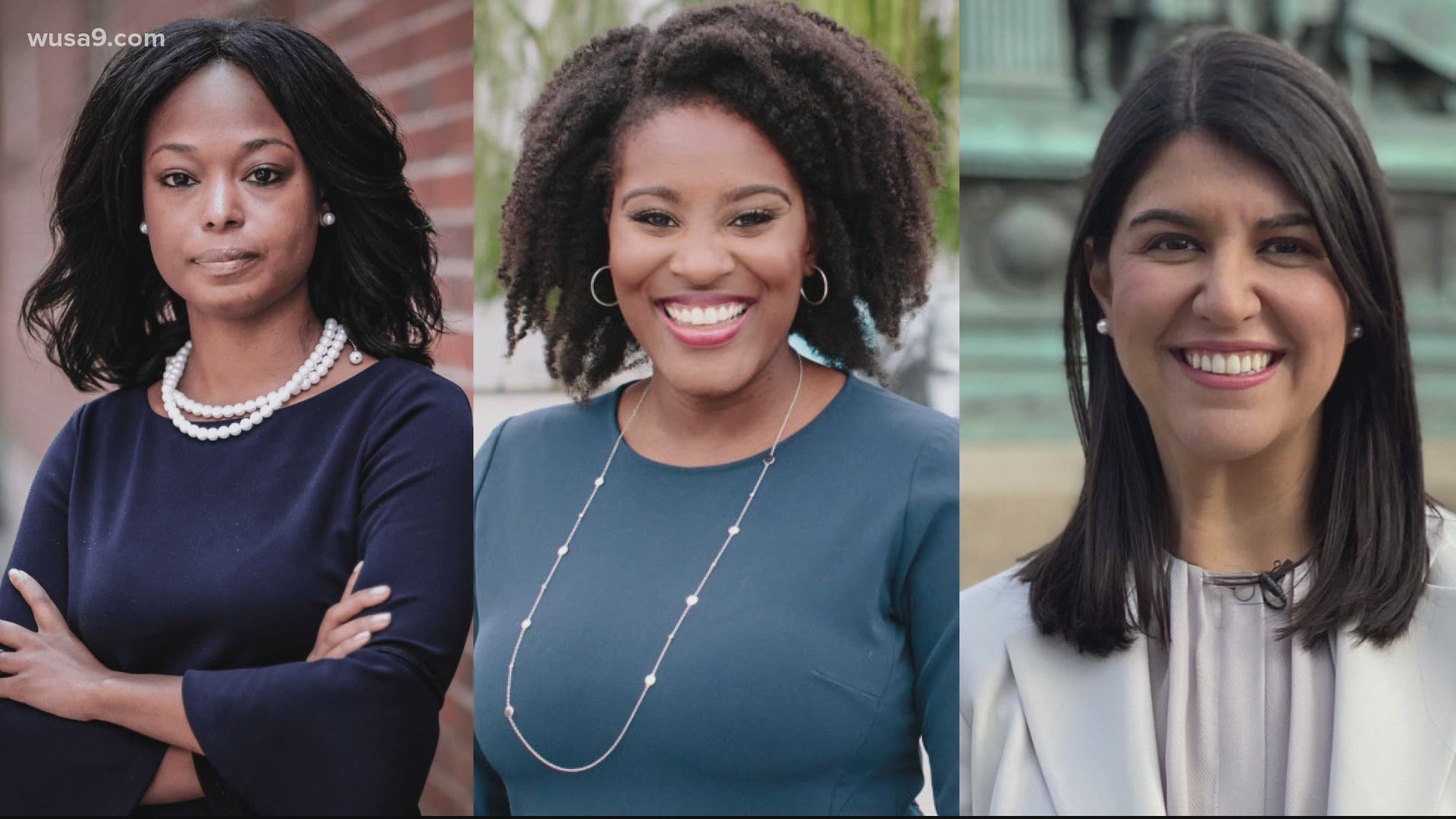 The morning after the 2020 election, Christina Henderson started her day excited to share a win with her 19-month-old daughter, a moment made all the sweeter by the fact that she knew she wouldn't be the only woman in the room.

Henderson, Brooke Pinto and Janeese L. George are the projected winners in their respective DC Council races, which would solidify a female majority on the DC Council for the first time in more than two decades.

"And I don't know if [Jordan comprehended] anything [I said], but she gave me the biggest hug," Henderson said with tears in here eyes.

While D.C. is not reporting 100% of precincts, as absentee ballots are still being counted, Henderson, Pinto and George are maintaining solid leads over the opposition.

Henderson ran for the at-large seat vacated by her former boss David Grosso.

When asked why she felt the presence of more women on the Council was important, Henderson pointed to the strength of having different styles of communication on the team.

"Women lead differently," she said. "This is a great opportunity to show that, especially as D.C. is going to be facing some pretty difficult challenges coming up."

She said she's looking forward to the opportunity.

This chart showing the historical balance of gender on the DC Council was created by Keith Ivey, who runs a website called DC Geekery that tracks historical facts about the D.C. government.

"There were three different periods when there was a majority of women on the Council," recalls Ivey. "The most recent of which ended after the 1998 election."

As you can see on Ivey’s chart, there have never been more than seven women on the Council. And while that might not seem like a lot of people, it's enough for a majority.

It's not the first time that seven women have changed the gender balance on the council. As the chart shows, back in 1979, seven women helped make history in DC as the first legislative group to have a female majority.

Henderson said the legacy of strong and powerful women inspired her throughout her race.

"I have a political button collection, and a lot of them have our black woman throughout history," Henderson said. "So every day, I'm looking over at Shirley Chisholm and Angela Davis and Dorothy Height and Fannie Lou Hamer, and it's this feeling of like, I'm not alone in this. We're doing this together."

And she's not alone. The gender balance shift isn't the only potential change coming to the council. The likely wins of Henderson, Ward 4 councilmember Janeese L. George and the re-election of Robert White Jr, Trayon White and Vincent Gray, have led to a majority African American council -- a balance that Chairman Phil Mendelson said will be impactful to many Washingtonians.

"Seven of the 13 members are African American," the Chairman said. "And I know those aspects of representation are important to many people in the city."

Someone who may not understand the importance of this moment now is Henderson's 19-month-old daughter.

"I hope when she's older, she'll be like, my mom did something to serve my city...[because Jordan is] a native Washingtonian.