The 9th Circuit Court Appeals supported the Trump administration's request to terminate the TPS status of hundreds of thousands of people, including the DC region. 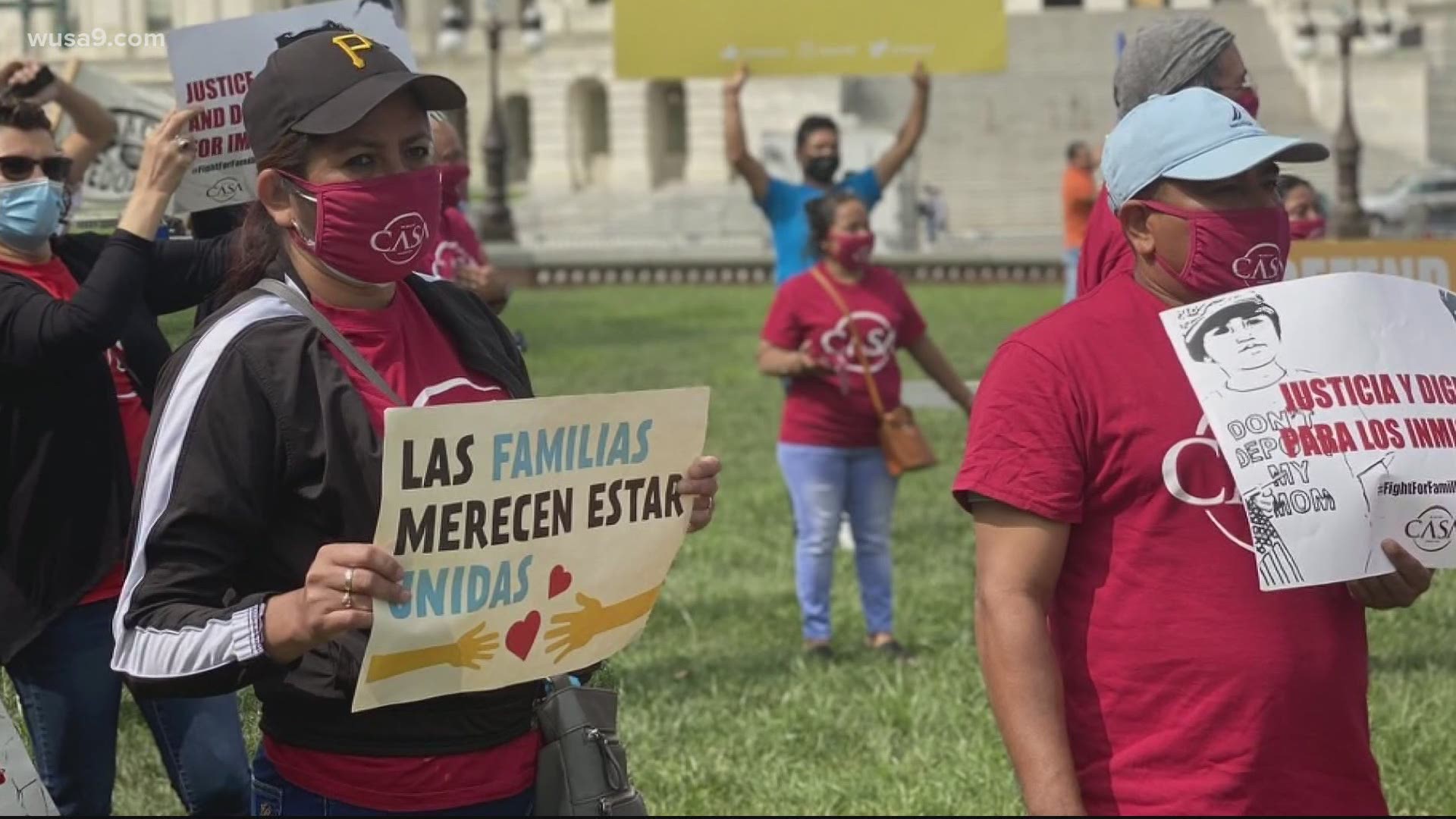 VIRGINIA, USA — Roughly 400,000 immigrants from El Salvador, Haiti, Nicaragua and Sudan are at risk of deportation. A ruling from the 9th Circuit Court Appeals on Monday allowed the Trump administration to move forward with plans to terminate their Temporary Protected Status (TPS).

According to We are Casa, an advocacy group for immigrants in the mid-Atlantic region, the D.C.region has the second-largest population of TPS recipients. They said this ruling will cause families who have lived here for decades and have American born children to be separated unnecessarily.

TPS is given to immigrants from countries where events like civil war, natural disasters or an epidemic temporarily prevent the country's nationals from returning safely, or in certain circumstances, where the country is unable to handle the return of its nationals adequately. While they’re here, TPS recipients must pay taxes.

Elsy Alfaro is one of hundreds of thousands of people whose TPS status is now at risk, following Monday's court ruling, which she said made her cry.

Credit: We Are Casa
Elsy Alfaro, TPS recipient protesting for a pathway to citizenship

"Our children say that they’re not going back to our country," she said. "They were born in this country, not in my country, El Salvador."

Alfaro lives in Hyattsville Maryland, and she's the mother of five American citizens. She came to this country from El Salvador as a TPS recipient in 2000.

"We didn’t come here to do anything bad," she added. "We came here to work and so that our children could have a good education and make a good life for themselves."

Alfaro participated in a protest near Capitol Hill Monday with other immigration advocacy groups fighting for extended protections for TPS recipients. While there, she protested for a pathway to citizenship so that she can become a permanent legal resident of the United States.

The Trump administration has argued that most countries in the TPS program have now recovered from natural disasters or conflicts that prompted immigrants to seek refuge in America in the first place. While TPS status has been renewed for years under both Republican and Democrat presidents, President Trump believes it is time for them to return home.

RELATED: Hispanic vs. LatinX | Who is left out of Hispanic Heritage Month celebrations?

According to Virginia Sen. Tim Kaine, there are 10 other countries that have TPS programs around the world.

"People have come here following natural disasters, and then have found this to be a place where they can make a lawful home and work hard and pay taxes," Kaine said. "I think we need to protect their ability to be here, especially during a pandemic."

There are 131,000 people deemed by the Department of Homeland Security as “essential critical infrastructure,” 6,700 live in Virginia.

In a letter to Senate leaders, Kaine asked that the next COVID relief legislation protect Virginia's TPS recipients deemed by the Department of Homeland Security as working in “essential critical infrastructure.”

Those workers are in industries including health care, agriculture and manufacturing.

Kaine said that two years ago during a visit by the Associated General Contractors of Virginia they expressed concern about TPS protectors for workers.

"Their number one they asked me was, 'we need to make sure that people who are here on TPS, especially from Honduras and El Salvador maintain the ability to work and pay taxes because they're absolutely critical to our industry,'" Kaine said.

According to a letter from Maryland Sens. Ben Cardin and Chris Van Hollen to Senate Majority Leader McConnell and Minority Leader Chuck Schumer 6,600 essential critical infrastructure workers live in Maryland. That letter also explains that the Trump administration’s desire to terminate TPS status has created uncertainty surrounding their status and ability to work.

The House has already passed legislation giving TPS recipients extended protection, but advocacy groups are pushing for the Senate to pass similar legislation.