U.S. Capitol Police say they are investigating an allegation that Harris set off a House chamber metal detector with his gun, but would not confirm if he was armed. 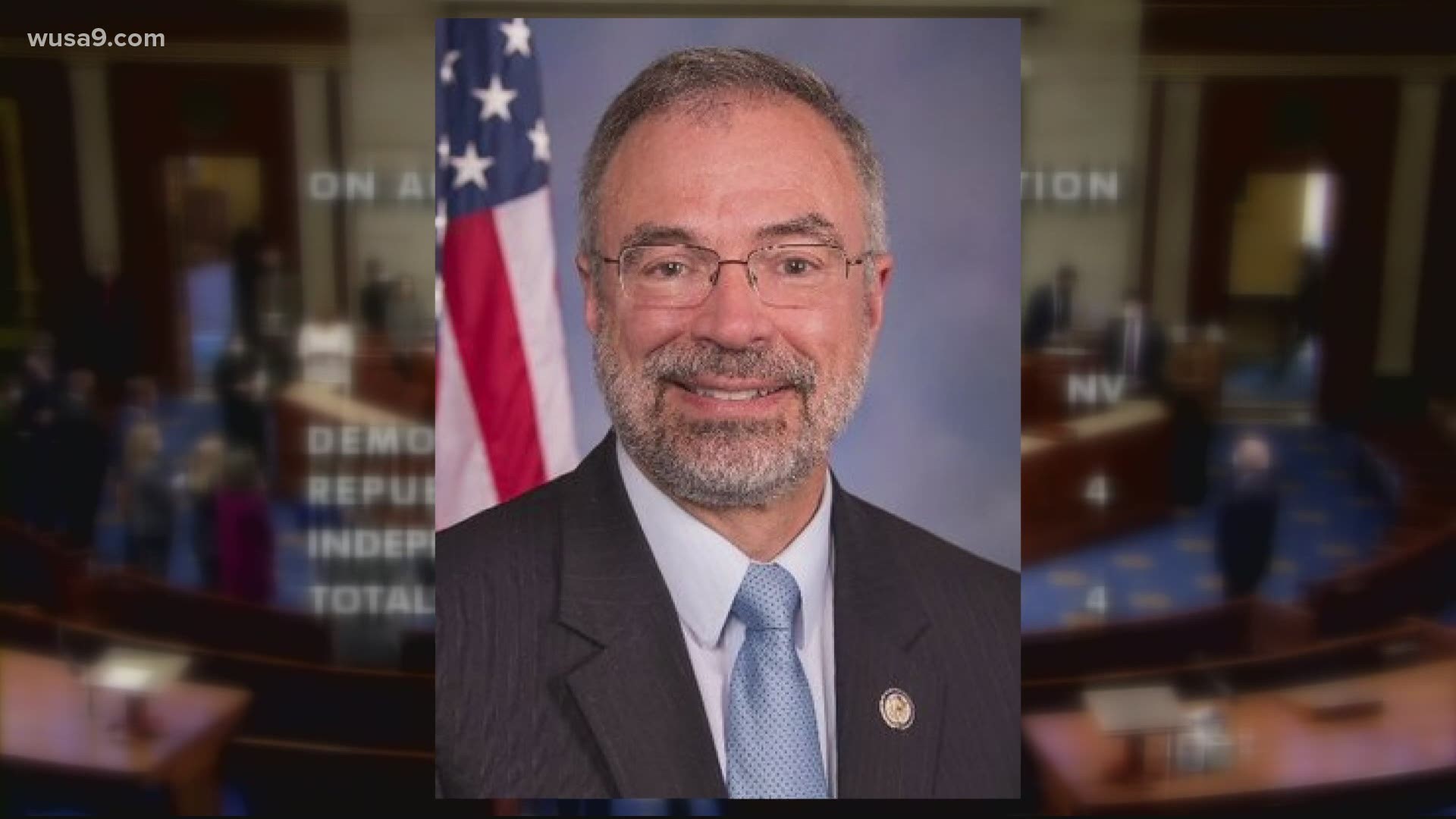 WASHINGTON — There were renewed calls Friday for Maryland Rep. Andy Harris (R)  to resign after reports that he was stopped by Capitol police Thursday, when his gun set off a House chamber metal detector. U.S. Capitol Police said they are investigating the matter, but did not confirm whether Harris was armed.

Members of Congress are able to carry guns in the halls of Congress and on Capitol grounds as long as they have Washington licenses and they carry ammunition separately/firearms are unloaded. But they can't bring guns into chambers.

Guns at the Capitol continue to be a major friction point between some defiant Republican members of Congress and colleagues who say violating long-standing house rules about bringing guns to the house floor is now a serious safety issue.

RELATED: 'I will carry my Glock to Congress' | New GOP congresswoman advocates for bringing gun to Capitol

"These are not trained people."  D.C. Del. Elanor Holmes Norton said. "We don’t want untrained members of Congress carrying guns among us. They threaten us first and I think they threaten the public as well.”

The gun issue in Congress has flared since House Speaker Nancy Pelosi ordered the installation of metal detectors in the wake of the Jan. 6 insurrection to enforce a prohibition on members bringing guns to the House floor that’s been in place since the 1960s. Several members have pushed past the metal detectors and refused searches, including freshman Rep. Lauren Boebert (R-CO) who made a video vowing to carry her gun to work at the Capitol.

Thursday, Maryland’s lone Republican Congressman was stopped before entering the chamber and then returned a gun he was carrying to his office, according to witnesses who spoke to reporters.

"Because his and his family's lives have been threatened by someone who has been released awaiting trial, for security reasons, the Congressman never confirms whether he nor anyone else he's with are carrying a firearm for self-defense. As a matter of public record, he has a Maryland handgun permit, and he always complies with the House metal detectors and wanding. The Congressman has never carried a firearm on the House floor."

Maryland Democrats renewed a call for Harris to resign.

“I'm outraged that I'm embarrassed," Yvette Lewis, chairwoman of the Maryland Democratic Party, said. "Let's just look at what's happened since the riot. He almost got into an altercation on the floor. Then he flouted the metal detectors on the 12th of January refusing to adhere to the rules that were put in place.  And now this latest incident of him trying to take the gun onto the floor. So he doesn't stop.”

But Harris supporters said he is clearly representing his solidly conservative constituents on Maryland's Eastern Shore.

“What he's doing is simply exercising his Second Amendment rights," Maryland gun rights activist Paul Brockman said. "And what is the difference between a law-abiding citizen, being able to carry a gun around the Capitol grounds, or in his office, but not on the [House] floor. It makes absolutely no sense.”

No member of Congress has been charged by Capitol Police for violating the gun ban on the house floor, but the democratically-controlled House has a new rule punishing violators of the prohibition with a $5,000 fine for the first offense and $10,000 for the second.