Gov. Kemp fumes at ‘attacks’ on Twitter over Senate appointment 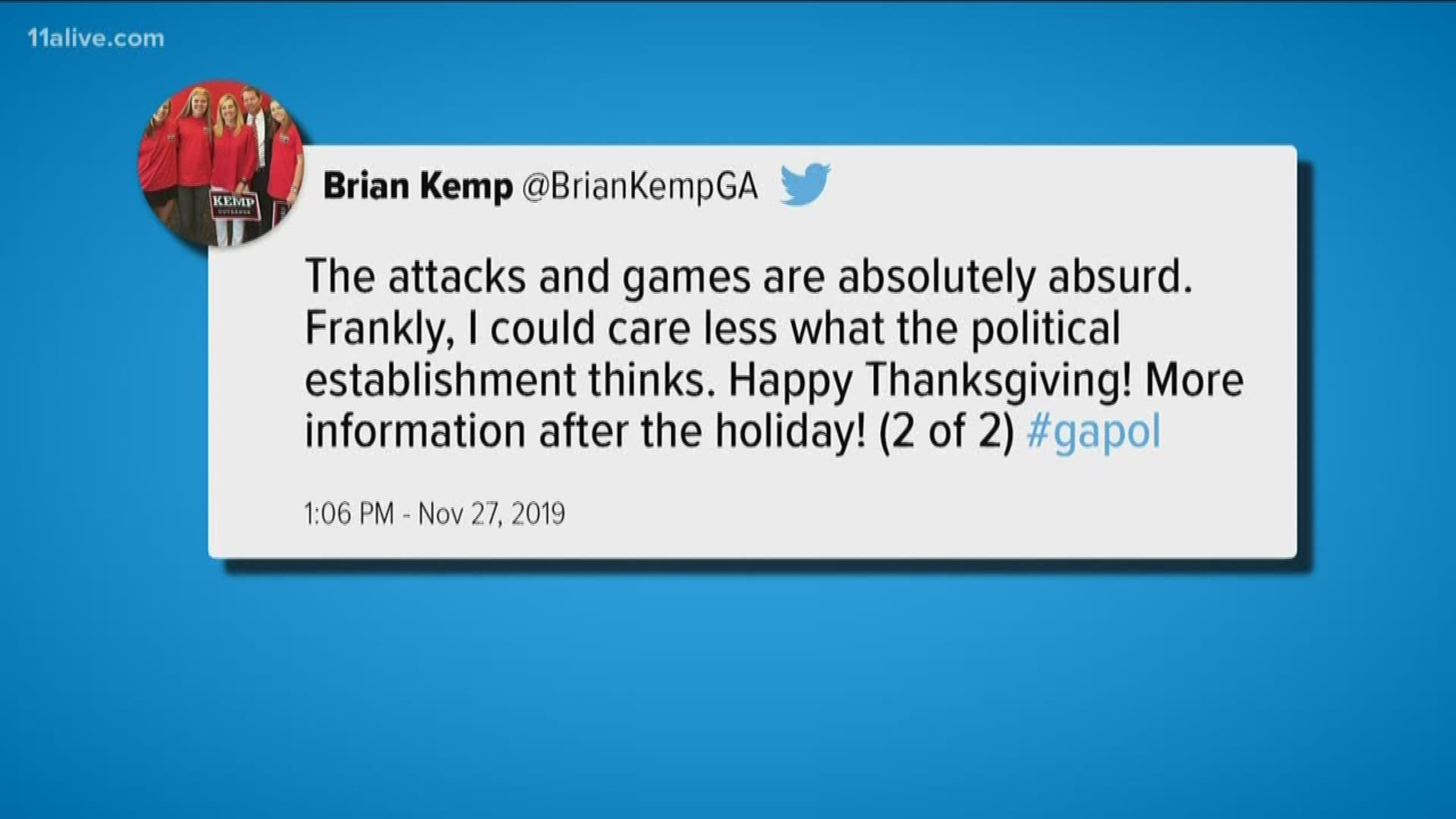 The Republican governor took to Twitter on Wednesday to slam the “attacks and games” and said more information about his choice would be available after Thanksgiving.

Wealthy financial services executive Kelly Loeffler has risen to the top of the pile. But she’s been attacked by conservative groups as a political novice and for appearing too moderate.

Another candidate is Republican Rep. Doug Collins, one of President Donald Trump’s chief defenders in Congress. Collins’ allies have waged a pressure campaign on Kemp in recent weeks.

Isakson’s departure means both of Georgia’s Republican-held U.S. Senate seats will be on the ballot in 2020, raising the state’s profile as a political battleground.

How a black Senate candidate could help Georgia Democrats