This bill would allow anyone who isn't a U.S. citizen to get a special driver's license in Virginia called a driver's privilege card. There are conditions, though. 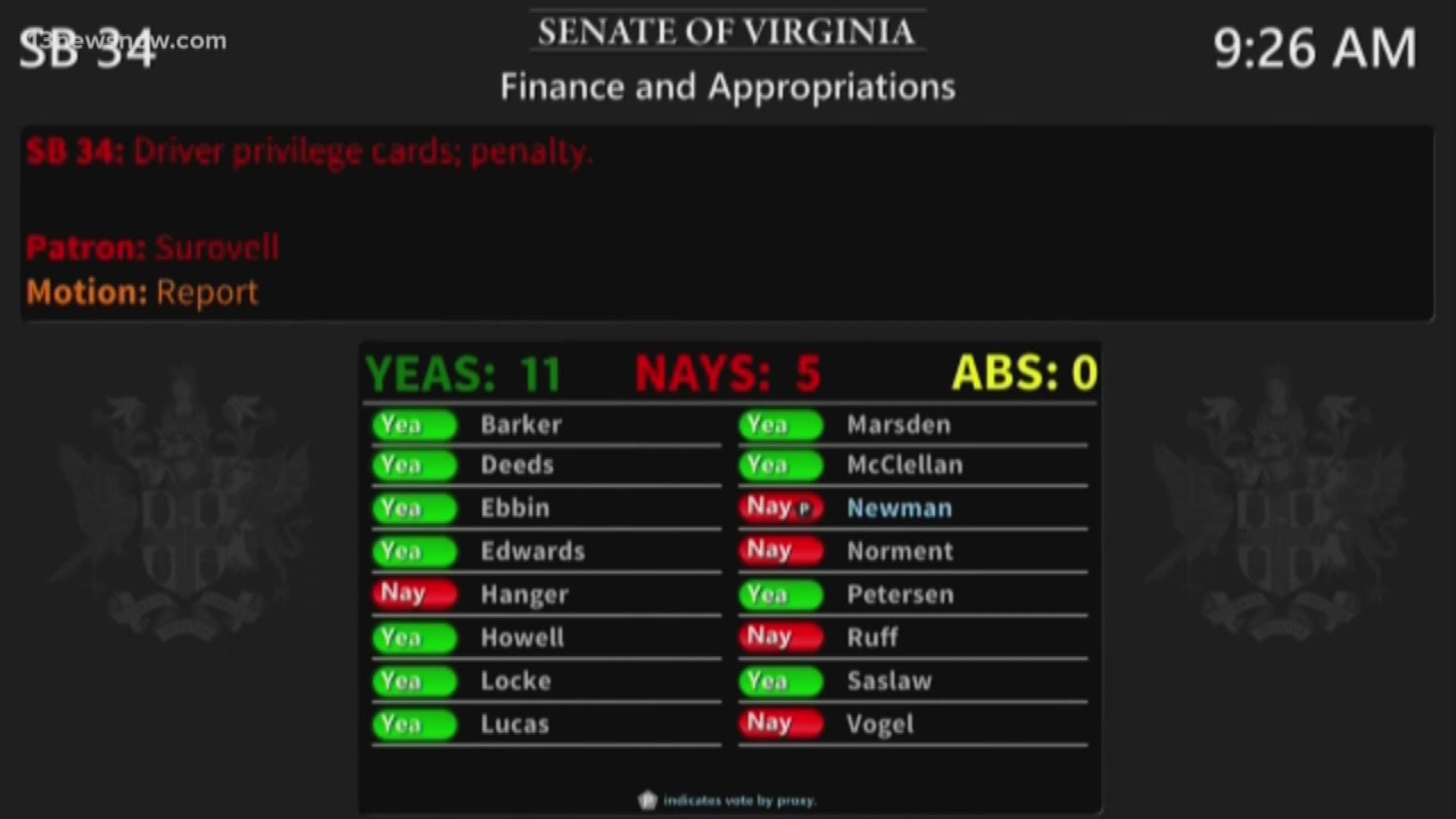 RICHMOND, Va. — A Senate committee advanced a bill that would grant non-U.S. citizens a unique driver's license in the state of Virginia.

SB 643 and SB 34 were originally two different bills that were incorporated into the same legislation.

RELATED: There's another driver's license bill that removes citizenship requirements in the Senate

SB 643 was fused with SB 34 and specifies the conditions for the new, distinctive driver's licenses.

The DMV would be able to grant a driver's privilege card to anyone under the bill's conditions:

Even with these regulations, these privilege cards have the same privileges and provisions as driver's licenses and permits and would be viewed as a driver's license. However, individuals don't have to produce proof of legal presence in the United States and the cards don't confer voting privileges or permit people to waive any part of a driver examination.

SB 34 also allows the issuance of a temporary driver's license and special identification card if an individual has valid documentary evidence that a federal immigration court or agency has authorized the person is legally in the U.S. for a period of at least 30 days.

If passed through the entire General Assembly and signed by Governor Northam, the bill would be enacted on Jan. 1, 2021.