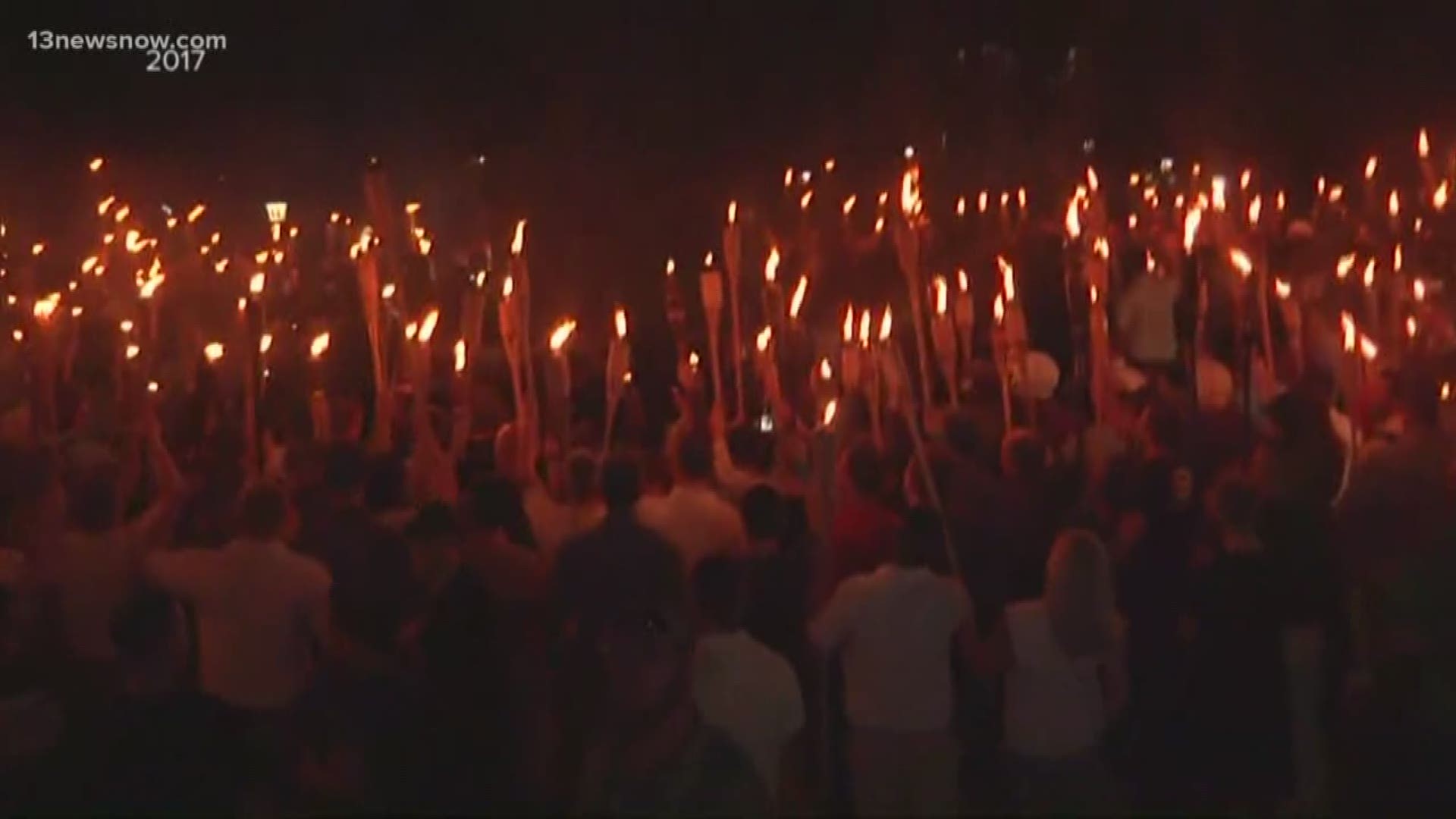 Virginia's attorney general is set on reintroducing these bills once the next General Assembly session convenes.

Herring already proposed these pieces of legislation for the last few years now. All of them died in previous General Assembly sessions. Most were never up for discussion by Republican-led committees.

The bills would update Virginia's definition of a hate crime, empower the Attorney General to prosecute those crimes, prohibit paramilitary activity, make domestic terrorism a sentencing enhancement, ban firearms at certain events and keep guns away from those convicted of hate crimes.

“For years I have watched as the number of hate crimes in Virginia and around the country rise and turn deadly all too often,” said Attorney General Herring. “My hate crimes and white supremacist violence bills have been bottled up in Republican-controlled committees for years, but this year, with a new General Assembly, we will pass this critical legislation. We have to send a message to the peddlers of hate that they are not welcome here and their hate and violence will not be tolerated in the Commonwealth of Virginia. It is time we give our law enforcement agencies the tools and help that they need to prevent these acts of hate and violence that threaten our communities. And above all, we need to make it clear to vulnerable communities that we stand with them and we will protect and care for them as valuable members of our Virginia family."