The At-large race in DC is packed. So how are district residents deciding who gets their vote? 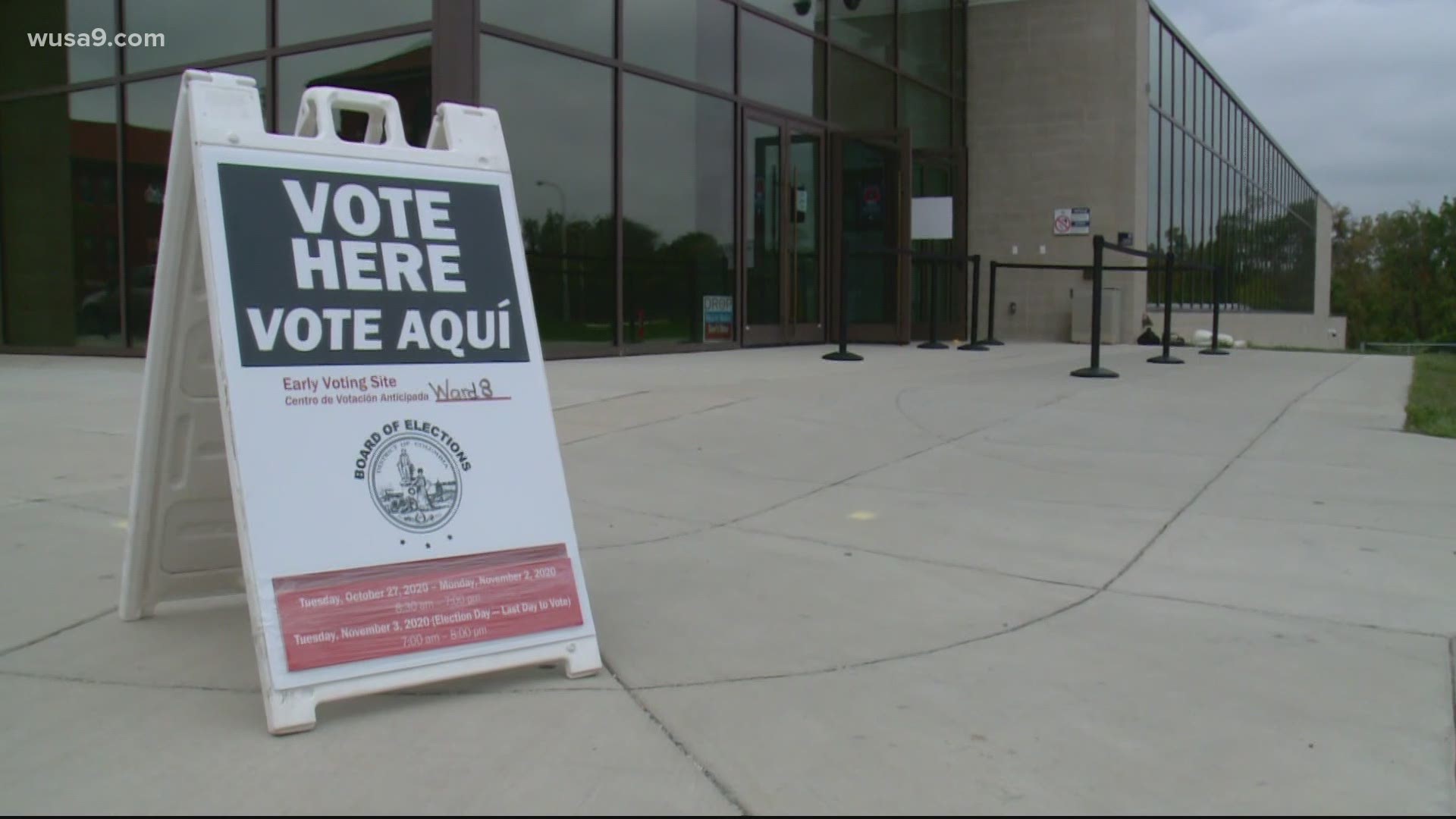 WASHINGTON — While the lines in DC were much shorter today, when it came to talking about what motivated people to vote — voters had plenty to say, especially when it came to filling the two at-large seats on the DC city council.

"They can be from anywhere in the district," says ward 8 resident Larry Leonard. "As long as they’re going to help us that’s my main focus. Help us."

There are five at-large members of the DC council. Two of those seats are up for reelection in 2020: the seat held by incumbent Robert White Jr who is seeking reelection and the seat being vacated by David Grosso.

"What matters most to me as a parent is school issues," says North West resident Danielle Burwell. "Equity across the city and that the city actually listens to the local schools and what they need to run their schools effectively."

Grosso currently chairs the Council’s Committee on Education. And while that chair will also need to be filled, it won’t automatically go to one of the two at-large seats that are up for election. When it comes to filling those two seats, Ward 8 resident Brittany Osazuwa said spending and police reform are a top concern.

RELATED: VERIFY: When are mail-in ballots counted in DC, Maryland and Virginia?

"I used to live in City Center so just looking at economic development is very important," said Osazuwa. "Seeing how residents are treated in a quote un quote low income, under deserved community as opposed to City Center where it’s all glamorous. Why can’t we have the same opportunities?"

Right now the council doesn’t have a single Republican member. While voters will elect 2 at-large council-members, under the DC Home Rule Charter, only one of them can be a Democrat. That’s why many candidates who have historically considered themselves democrats are running as independents. I spoke to Phil Mendelson, Chair of the DC Council about what is need from whomever fills those two seats.

"There would be an advantage to having more moderate voices rather than becoming overly to one side," says Mendelson.

Chairman Mendelson says there are a number of young black candidates that would be a good fit. But race aside, he believes voters should take a closer look at how candidates are proposing spending tax payer money.

RELATED: 'We will be in touch' | Mayor Bowser hasn't reached out to Trump Hotel about election night party

"If we were to spend [our reserves] down by half, which is what one of the candidates has proposed, we wouldn’t have the money available for cash flow," warns Mendelson. "In fact, we’d even have to borrow which would mean we’d have even less money available because we’d have to be spending money on interest."

He says the city's chief financial officer has been very clear that would be reckless.

The District’s Attorney General Karl Racine agrees that financial acumen is a top priority when it comes to an at-large candidate.