Adam Oakes, of Loudoun County, was found dead in off-campus housing in February. A medical examiner determined he died of alcohol poisoning. 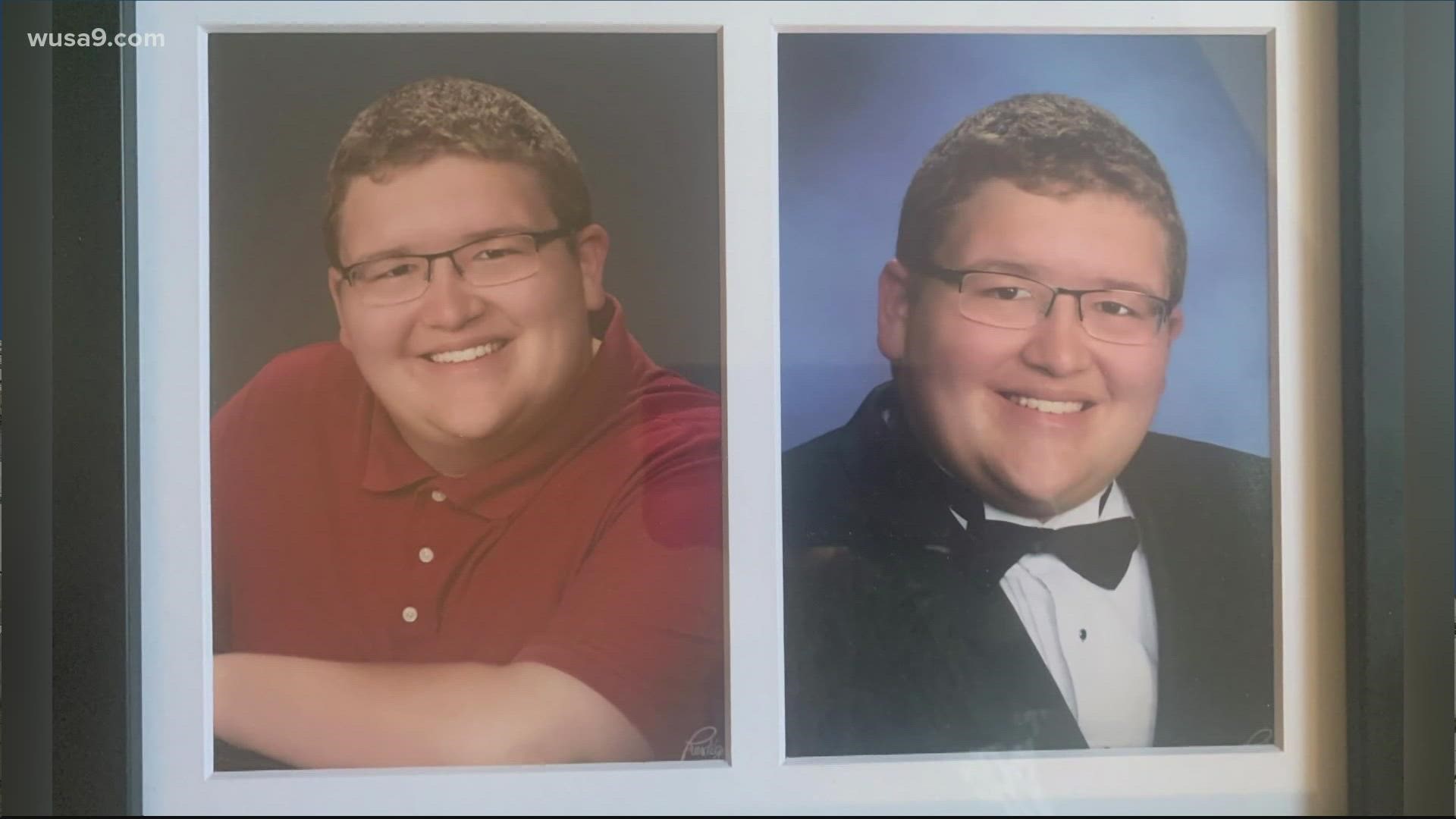 RICHMOND, Va. — Police have arrested eight men between the ages of 19 and 22 on misdemeanor charges related to the death of a Virginia Commonwealth University student who was found dead in off-campus housing in February. All eight are charged with unlawful hazing of a student, and three face the additional charge of purchasing/giving alcohol to a minor.

Authorities say 19-year-old Adam Oakes was found unresponsive by officers called to a residence in the 100 block of West Clay Street early in the morning of Feb. 27. His family said he attended a party hosted by the Delta Chi fraternity the night before.

Oakes was pronounced dead at the scene. The office of the chief medical examiner later said his death was caused by alcohol poisoning and ruled the manner of death "accidental."

Here are the charges:

Seven of the eight arrests were made by VCU Police, and those men remain in custody at the Richmond Justice Center, being held without bond. Sheikhzad was arrested by Virginia State Police in Prince William County, where he was released on bond.

"Finally you're held accountable for your actions, no one is going to come and save you, no one is going to reduce that sentence, nobody is going put you back on a college campus and allow you to this to other kids," cousin Courtney White said as a message to the defendants. "Remember Adam when you're sitting in there in that jail cell, remember my sweet cousin who never deserved anything that you did to him that night."

"No one's going to come in and save you....in that jail cell, remember my sweet cousin who never deserved anything you did to him that night."

Three other people who were indicted in the case are expected to turn themselves in to the police in the coming days.

"We are grateful for some measure of justice these charges and arrests may produce, as well as the protection from hazing they may give young, impressionable college students," Oakes' family said in a statement Friday after the arrests were made. "To the young men charged, we hope you learn from your criminal acts and never, ever forget what you and Delta Chi did to our sweet boy."

This is a tragic loss for Adam's family and members of our community and we encourage any students in need of support to contact University Counseling Services at (804) 828-6200. pic.twitter.com/WiroQSQDpy

VCU officials initially said they suspended the Delta Chi fraternity, but the school declined to say whether Oakes was a member of the organization. In a TV interview, his roommate said Oakes had received a bid to join, while Oakes' family has repeatedly alleged he was hazed by fraternity members in the pledging process.

In late May, VCU expelled Delta Chi, prohibiting the operation of the group as a student organization at VCU, after finding Del Delta Chi responsible for violating policies on hazing and alcohol.

"This was based on multiple reports and allegations of violations of university policies and directives regarding chapter events, COVID-19 protocols, recruitment activities, alcohol and hazing on February 26 and 27 in the hours before the death of VCU student Adam Oakes," VCU said in a statement on June 3.

Oakes was a graduate of Potomac Falls High School in Loudoun County, where he played football.

While the family is pleased about the arrests, they feel a misdemeanor charge is light. They have been pushing to make the penalty more severe and hope to pass legislation in the next General Assembly.

We are grateful for some measure of justice these charges and arrests may produce, as well as the protection from hazing they may give young, impressionable college students. The past 7 months have been agonizing for our family. This is the first time these young men have been held accountable for their historically toxic and destructive traditions, manipulation of the VCU disciplinary systems, and for Adam’s death. Do not tell us these are just “boys”, Adam was just a boy. He had his whole life ahead of him. He will never have the same opportunities or future these young men will. He will never graduate from college, never get married, never have kids, and never have the chance to grow into the person HE was meant to be. They stole that from him. They stole that from us. There are so many things that can be learned from Adam’s senseless death and these arrests;

1. Stop Hazing! We don't want this tragedy to ever happen again to young, vulnerable students and we don't want another family to endure what we are experiencing.

2. If you engage in hazing, and your organization engages in hazing, you will be held accountable for your actions. And that can involve going to prison.

3. Be brave, if you see something say something. Stop hazing in its tracks. If you don’t, it may haunt you for the rest of your life.

4. If someone needs help, step up and call 911.  Immediately. Save a life. If you don’t, again, it may haunt you for the rest of your life.

5. People aren’t always who they seem. “Brothers” may say they have your back and instead turn their back. People may pretend to care and leave you when it’s most important.

6. Make the most of each and every day because you never know when it’s your last.

7. Hug your loved ones and let them know you care. Time is precious. We would give anything to hug Adam one more time, see the smile on his face, or hear his laugh, but we can’t because of the actions these young men took that evening in February.

Thank you, Detective Gouldman and Deputy Commonwealth Attorney, Alison Martin, for your relentless effort, diligence, and perseverance on Adam’s case. We also thank Commonwealth’s Attorney, Colette Wallace McEachin, for her pursuit of justice in this heartbreaking case. Our entire family has faith in the judicial system and we appreciate the driving efforts for justice. To the young men charged, we hope you learn from your criminal acts and never, ever forget what you and Delta Chi did to our sweet boy, Adam Oakes. 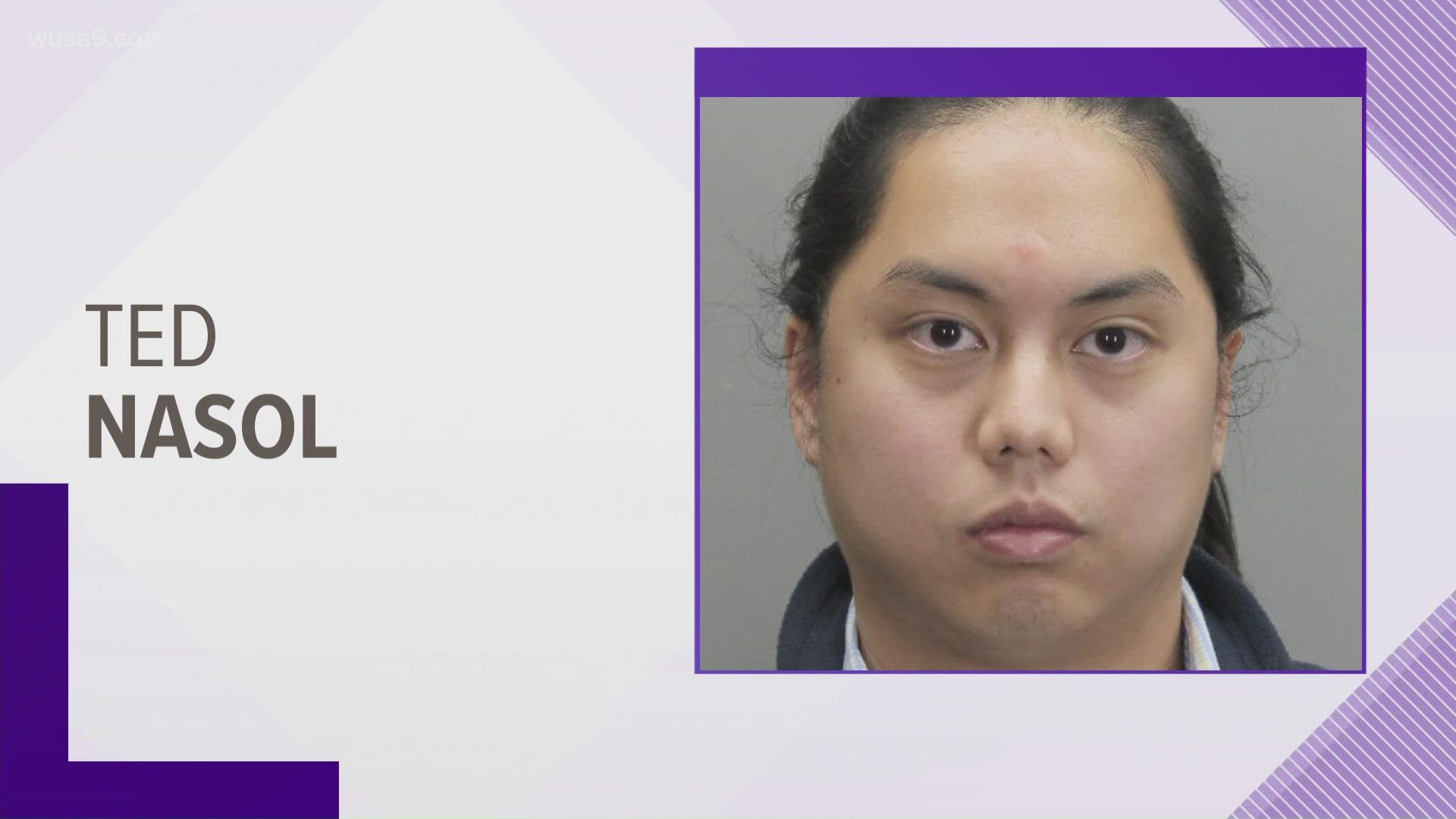