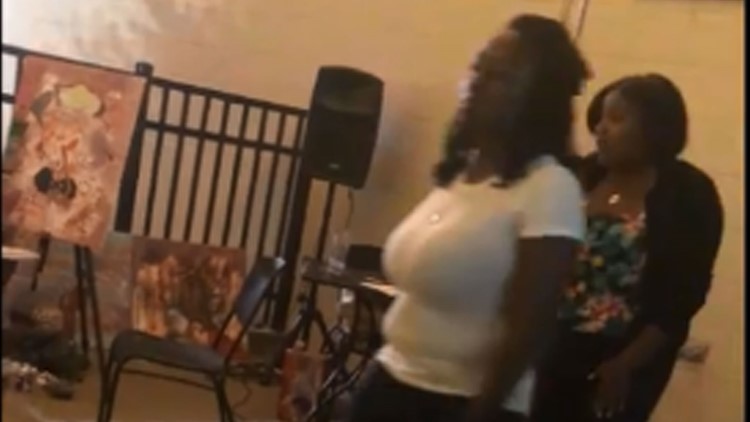 FREDERICK, Md. — Police in Fredericksburg are searching for a woman accused of assaulting two people in a Buffalo Wild Wings bathroom earlier this month.

Police said the woman acted intoxicated, approached the victims and struck up a conversation. She asked the victims to accompany her to the bathroom, where they were sexually assaulted. One of the victims shot video of the suspect leaving the scene.

Police said the victims were not familiar with one another. They said the suspect is a black female in her mid-thirties or forties, approximately 5’2” to 5’7” with black hair and brown eyes. She was wearing a white t-shirt and skinny jeans.