Maryland State Police said the children (ages: 5, 6, 8, 14 and 15) were not properly restrained in the vehicle. 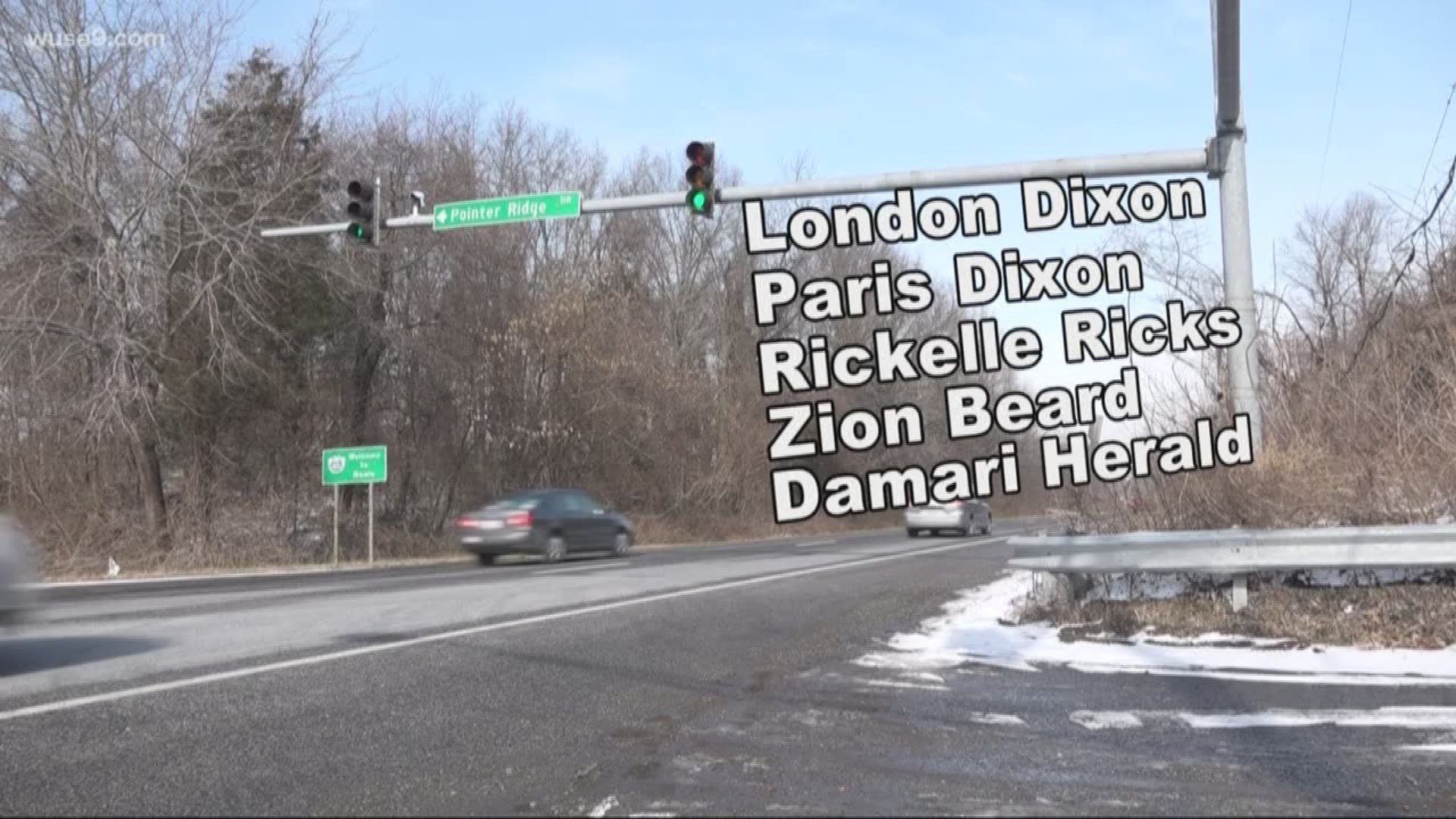 The crash happened just before 5 a.m. on Route 301 at MD 214 and Pointer Ridge Drive in Bowie.

Captain Dan Pickett of the Maryland State Police briefed the media on Saturday and revealed parts of the preliminary investigation. Pickett said a 2005 Chrysler Pacifica was traveling northbound on Rt. 301 when it drove off the left side of the road and into the wood line on the highway. According to the preliminary investigation, the vehicle struck several trees then spun into a snow covered field.

Pickett said there were five children in the back of the Chrysler Pacifica and they were not properly restrained. When the vehicle hit the trees, police say all five kids were ejected and killed. The driver of the vehicle and the passenger in the front seat were both wearing seat belts and survived. Police say the vehicle had two rows of seats.

Police say the victims, including the survivors, are all related. The victims have been identified as London Dixon, 8, Paris Dixon, 5, both from Bowie. Zion Beard, 14, Rickelle Ricks, 6, and Damari Herald, 15, of Washington, DC were also killed. Dominique Taylor, 32, of Bowie has been identified as the driver of the vehicle. Taylor is also the mother of London and Paris. Cornell Simon, 23, of Oxon Hill, MD was the passenger in the right front seat.

Taylor and Simon were transported to the hospital where they are being treated for injuries. Pickett said Taylor has been interviewed.

Investigators are still working to determine why Taylor drove off the road. Pickett said all possibilities are being examined. Once the investigation is complete, police say the case will be handed over to the state's attorney's office.