If you’ve ever had surgery, you know rehab is an important part of recovery. But sometimes there’s no way to track your progress. So what if a game you could pull up on your phone changed the way you rehabbed an injury? 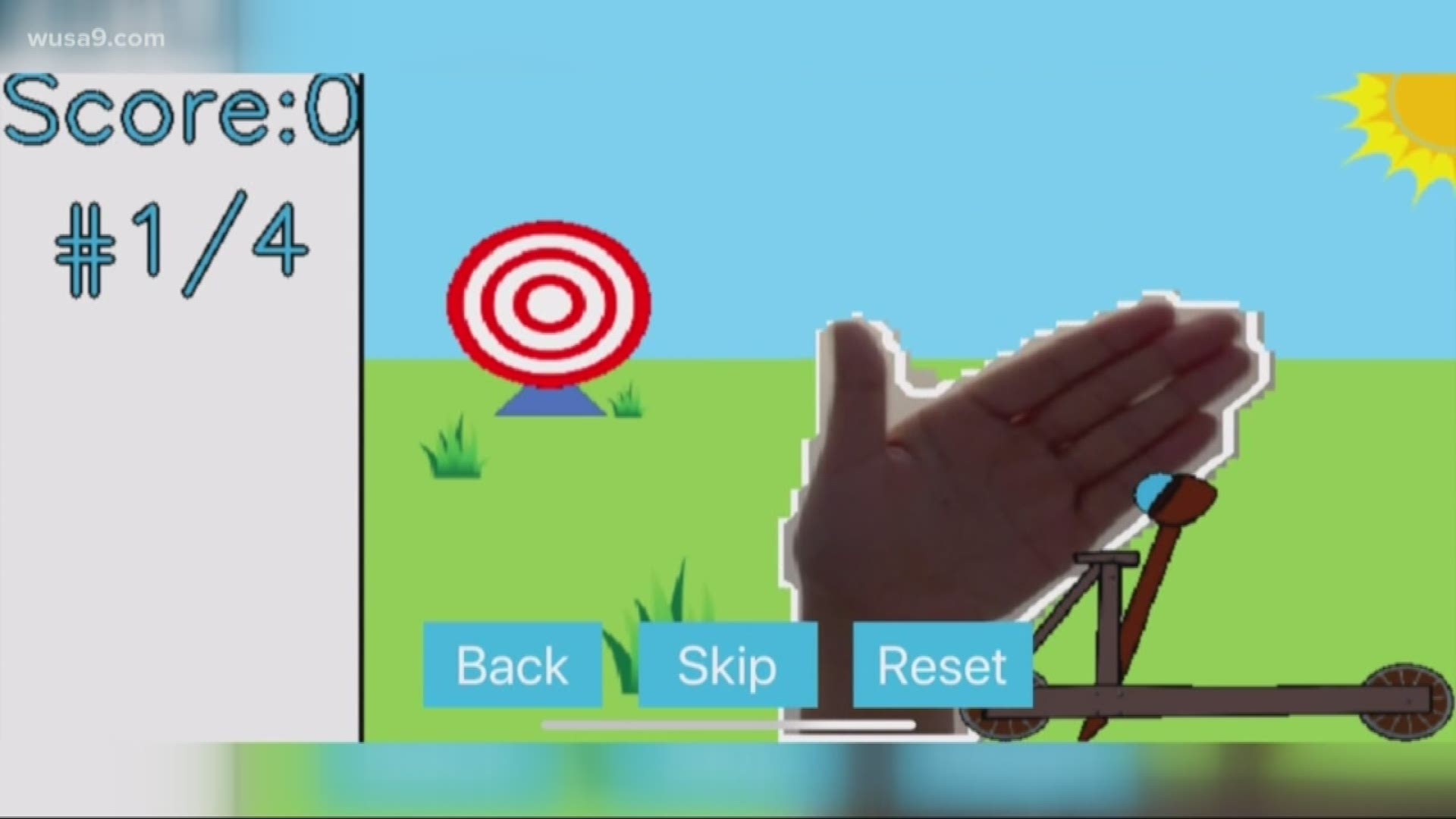 BALTIMORE — If you’ve ever had surgery, you know rehab is an important part of recovery. But sometimes insurance doesn’t cover it or there’s no way to track your progress.

Now think about turning on a video game. It’s easy; you kick back, relax, and let the mind wander into whatever buttons you want to mash.

But what if a similar kind of game that you could pull up on your phone changed the way you rehabbed an injury?

MoTrack Therapy is the answer to that question. It’s an at-home therapy plan developed from a team of graduates at Johns Hopkins University and New York University.

MoTrack is for hand and wrist injuries, focusing on a three-pronged approach for success – patient feedback, quantifiable data and games. The app watches every move and gives advice in real time to make sure you’re doing things correctly. It then collects the data while you play and sends any updates straight to therapists.

Judy Dobry is a patient who used the app after breaking her hand in a bad fall. She noticed how daunting the path to recovery was before she started using this new plan.

“Therapy is depressing,” she said. “You think you should be at one point and you’re not.”

Dobry was part of the pilot program for MoTrack Therapy, giving feedback throughout the process regarding the games, the progress, and any hiccups that popped up.

“This was fantastic as a tool, and I absolutely love it,” Dobry said. “Working together developed something unique to me, so I was able to exercise.”

Rahul Yerrabelli and the rest of the MoTrack team – which also includes Anita Louie, Benjamin Pikus, Winnie Tsui, Adam Polevoy, and Parth Singh – came up with the idea after a friend broke his wrist and they saw how boring and routine the therapy process was.

What started as a very complex process eventually got streamlined into something more digestible. They perfected the games based on what patients, therapists and others told them.

“We’re using the camera to track hands and figure out how to make cool fun games, so they’re really enjoying their exercises,” Yerrabelli said.

But they couldn’t just develop any kind of game for this app. There had to be some constraints.

The team realized if this was going to be successful, putting the focus on games would be the best way to rope people in.

As a patient makes it through each game and the rehab process, the games then get harder, pushing you along the road to recovery.

“I get to do something meaningful with things I like to do… building… and with people I love doing it with…” Yerrabelli said. “Then you give it to a patient and they say, ‘wow this really changed my life.’”